A swimmer at a Bavarian lake pushed a dog under water after it bit his arm and wouldn't let go. The dog's 83-year-old owner may face charges of negligent bodily harm after the victim was treated for serious injuries. 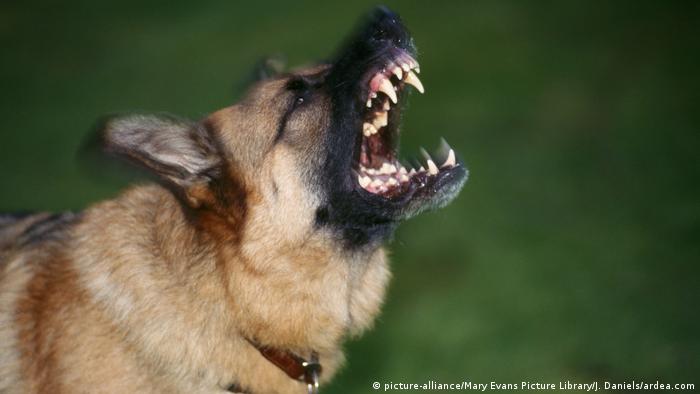 A 49-year-old man attacked by a German shepherd on Monday evening at a lake in Schwarzenbach an der Saale, Bavaria, says he drowned the dog in self-defense.

It is unclear why the dog attacked, but it bit the man in the arm while he was on the beach. Onlookers tried to pry the animal's jaws loose, to no avail. Seeing no other option, the man dragged the dog into the lake, where he drowned him.

"The dog lunged for the man whilst still on a leash and bit him in the arm," said a local police spokesperson. "It was self-defense."

The 83-year-old owner of the dog, which was on a leash, now may face charges of negligent bodily harm.

The victim was taken to a hospital, where he was treated for serious, but not life-threatening injuries.

German man sentenced for setting his dogs on Syrian father

A 24-year-old has been given a multi-year prison term for goading his dogs to attack a Syrian family in Magdeburg. The man also allegedly attacked other people, including those with foreign backgrounds, in recent months. (11.12.2018)

A Staffordshire terrier is suspected of killing a woman and her son inside their apartment in Hanover. The fate of the dog has yet to be decided and it is being kept in an animal shelter. (04.04.2018)