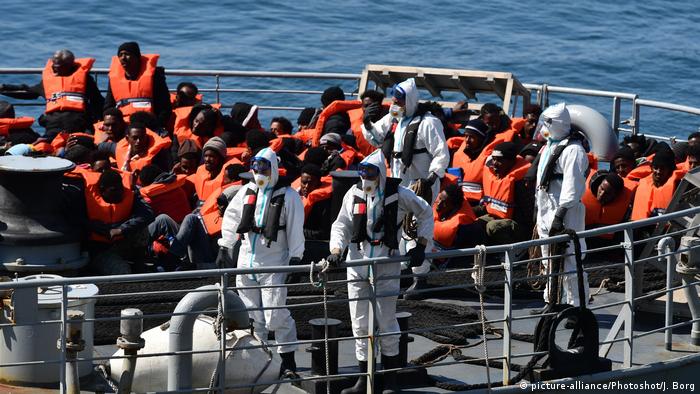 Malta will keep 57 rescued migrants on a ship outside of territorial waters until the EU can relocate them, Prime Minister Robert Abela said on Friday, the same day he admitted that a second group of asylum seekers had been returned to Libya, potentially breaking international law.

The 57 migrants were picked up at sea earlier this week inside Malta's search and rescue zone by a commercial fishing boat chartered by the Maltese government to pick up asylum seekers.

The men were then moved to a vessel that is normally used for tourist harbor cruises. Abela said the EU had agreed to cover the cost of the operation until a decision had been reached as to where the individuals should go.

"This is not Malta's problem, although we are doing more than is expected of us," Abela said in a news conference. "Other EU member states must shoulder the burden too. Malta and Italy cannot be left alone."

"We closed our ports and airport to cruise passengers and tourists and it does not make sense to then let migrants in," he said, referring to measures in place since March intended to halt the spread of the coronavirus.

"Hundreds of thousands" of people in Libya want to cross the Mediterranean to Italy or Malta," Abela said. "We will be firm in our commitment not to open our ports." 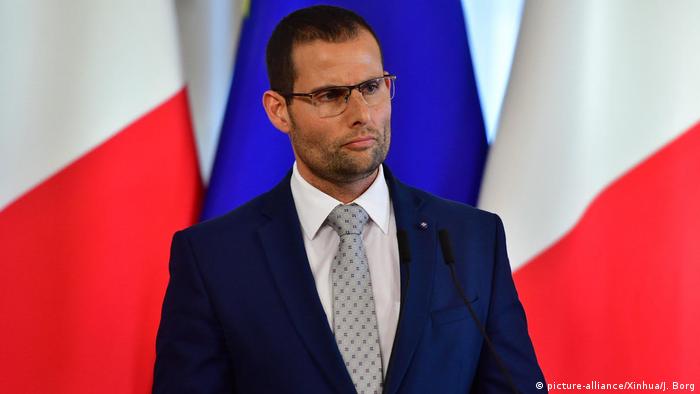 Following the outbreak of the coronavirus, Malta hired private vessels to intercept potential migrants before they could reach the island country.

Abela also admitted for the first time on Friday that Malta had returned another group of migrants to Libya in April.

The announcement was the first official confirmation of the operation, previously reported only by media, who had suggested that doing so broke international law.

He told journalists that on April 14 his government sent a private boat to rescue a group individuals adrift at sea. The boat then returned them to Libya, their point of departure.

The International Organization for Migration previously confirmed that 51 people were returned to Libya in that instance. The boat had been adrift for days after Italy and Malta refused entry. Five bodies were found among the survivors, and seven people are missing.

The prime minister said the operation had not broken the law, claiming that people would have otherwise died.

"An EU border agency Frontex plane just flew overhead and kept on going," he said. "This was not a pushback. This was us saving lives."

Returning asylum seekers to the place where they face persecution — known as refoulement — is illegal under international law. The European Court of Human Rights has previously blocked Malta from sending boats carrying migrants back to Libya.

Abela argued that the return constituted a rescue measure, as Malta's ports are closed due to the coronavirus. International law allows states to use private assets like fishing boats to carry out sea rescues, he said.

Pregnant and afraid, refugee and migrant women worry that they could catch the coronavirus when they give birth in Greece's public hospitals. But they have little choice. (07.04.2020)

A German-flagged NGO rescue ship carrying 40 migrants has been given the all-clear to dock in Malta. The vessel Alan Kurdi set sail for the Mediterranean island group after being turned away by Italian authorities. (03.08.2019)