Malta offers pardon for info on mastermind of reporter's murder

Anti-corruption reporter Daphne Caruana Galizia was murdered in 2017. Three men face trial over her death, but none of the suspects is believed to be the mastermind of the car bomb attack that killed her. 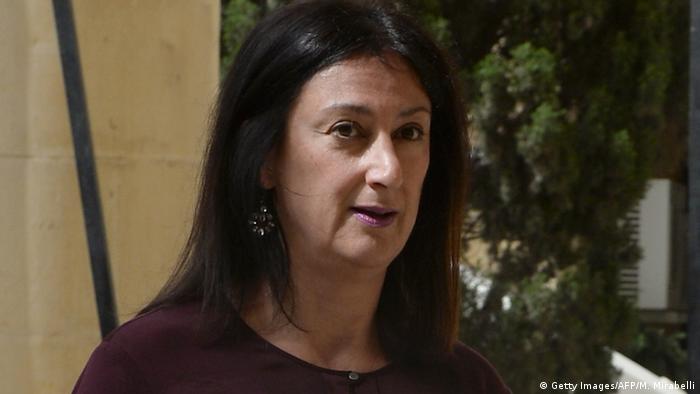 Malta's Prime Minister Joseph Muscat said on Tuesday that he had promised the alleged middleman in the slaying of investigative reporter Daphne Caruana Galizia a pardon if he identified the mastermind of the journalist's 2017 assassination.

"I have signed a letter... that states that when the person testifies in court and the information is confirmed and corroborated, I would be recommending that this person is granted a presidential pardon," Muscat clarified in a press conference.

He added that the suspect had indicated that they were in possession of evidence to back up their claims.

Caruana Galizia had been described as a "one-woman Wikileaks" for her dogged dedication to revealing corruption in EU and Maltese politics and business. Some of her reports had targeted Muscat and his associates and relatives.

Read more: Malta in the eye of a financial tempest

On October 16, 2017, Caruana Galizia, who was 53, died when her car exploded near her home. Her family has heavily criticized the Maltese authorities for not doing more to protect her, as shortly before her death, she had reported specific threats to the local police.

With help from Interpol, Maltese police arrested several people last week as part of a high-profile money laundering scheme, some of whom are believed to be tied to the murder.

Three men are currently facing trial over the attack, but none of them are thought to have masterminded it.

Reporters Without Borders honors journalists who fear for their lives

Three female journalists from Malta, Saudi Arabia and Vietnam have received this year's press freedom prizes awarded by the NGO Reporters Without Borders. Two were not allowed to travel to collect their award. (12.09.2019)