′I wept:′ EU lawmakers in emotional tribute to murdered Malta journalist | Europe | News and current affairs from around the continent | DW | 24.10.2017

One prominent European MEP has described his despair after meeting the family of murdered journalist Daphne Caruana Galizia. He was among multiple lawmakers who demanded an international investigation into the killing. 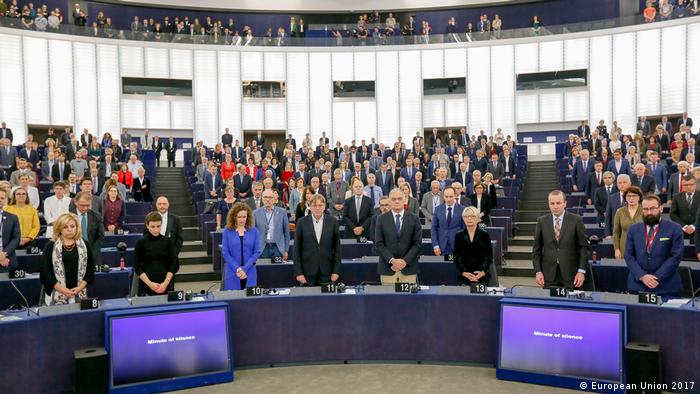 The prominent investigative reporter and anti-corruption campaigner was killed last week when a bomb ripped through her car, sending shockwaves around the world. 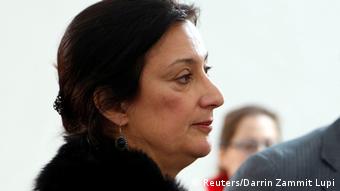 "We failed Daphne," Pons told fellow lawmakers in an impassioned debate on press freedom in the EU assembly.

The fact she was a European citizen on European soil had been of "no use" to her, he said, warning that her killing represented a threat to European principles and a "direct threat to us all."

Frequently described as a "one-woman WikiLeaks," Caruana Galizia led the Panama Papers investigation into corruption in Malta. She had extensively documented alleged corruption and money laundering and repeatedly detailed accusations against Maltese Prime Minister Joseph Muscat, his inner circle, as well as leading members of the opposition.

Caruana Galizia's killing has shone an even brighter light on the allegations she reported and raised fears over the rule of law in the EU's smallest nation.

Pressure is mounting on Malta to find those responsible for the murder, with European Commission vice-president Frans Timmermans warning that the "eyes of Europe stay firmly fixed" on Malta.

EU Parliament President Antonio Tajani pledged European to support Malta in its efforts, demanding it play a key role in an international investigation into the murder.

"In my view, Europol [the EU law enforcement agency] must also be involved, as part of an international investigation in which all police forces can work together to bring those responsible to justice," he said.

Keeping up the corruption fight

There are, however, growing calls for the EU's role to go beyond rooting out the perpetrator or perpetrators. A number of European lawmakers are demanding that the bloc continue Caruana Galizia's work and launch an investigation into the extensive allegations of corruption and money laundering within its borders.

"This is not a mere Maltese problem, this is a European problem," said Dutch MEP Sophie in 't Veld. "We are talking about international networks of corruption and crime, money laundering, hiding criminal money, etc. etc. If one member state doesn't function in this respect, then the whole system fails. So it is in everybody's interest that we investigate.

Green MEPs Eva Joly and Sven Giegold have gone as far as to issue a joint statement urging the European Commission to investigate "Malta's respect of the European rules against money laundering." 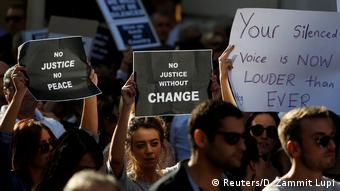 "The Maltese government has failed to take serious action against high level cases of money laundering in its country," it said.

In an interview with DW, Joly also added her name to the list of European legislators demanding that Prime Minister Muscat step down.

The call for Muscat's resignation is also being championed by Caruana Galizia's sons, who in a statement posted on social media urged the Maltese prime minister to take "political responsibility."

"Resign for failing to uphold our fundamental freedoms. Resign for watching over the birth of a society dominated by fear, mistrust, crime and corruption," the statement said.

"Justice, beyond criminal liability, will only be served when everything that our mother fought for – political accountability, integrity in public life and an open and free society – replaces the desperate situation we are in," they added.