The European Court of Justice ruled that Malta's bird-trapping violates EU law, as the practice impacts bird populations. Bird-trapping is a centuries-old tradition in Maltese culture. 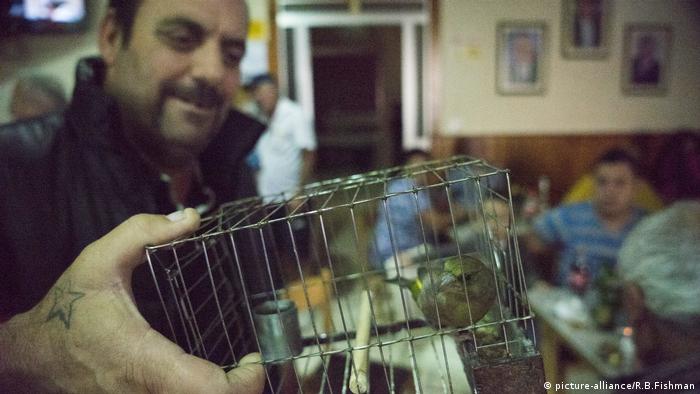 Hunters in Malta who trap and trade several varieties of finch birds are in violation of EU law, the European Court of Justice (EJC) ruled on Thursday. The case had been brought to the court by the European Commission in 2015.

The Maltese government responded to the ruling by saying it would study the court's decision.

Thursday's EJC ruling concluded that recreational trapping in Malta is unlawful because birds were not being trapped on a selective basis, or in small numbers.

Read more: The albatross: A bird built to soar

In Malta, the trapping of birds is a centuries-old tradition and one that has the support of the Maltese government, which reintroduced the controversial bird-trapping practice in 2013.

This practice, however, is illegal everywhere else in the EU. Under European law, member nations can be exempted from regulations protecting specific bird species, but only if hunting can be done in controlled conditions.

Read more: How to protect the great bustard, one of the world's heaviest flying birds

The Maltese government was hoping that Malta country could qualify for this exemption.

But the court ruled that Malta had not met the requirements, due to the fact that the island nation was not able to control the practice enough to guarantee the survival of the species.

"The Court notes in particular that, according to a 2007 study by the nongovernmental organization BirdLife Malta, trapping in Malta is so intensive that only a handful of each of the common finch species regularly breed on the islands, whereas they breed in high numbers in other areas of the Mediterranean," the ECJ added.

If it fails to comply with the ruling, Malta would be faced with a fine.

The German-based NGO Committee Against Bird Slaughter reacted with satisfaction to the ruling, saying that the EU institutions "finally showed their teeth" against Malta's illegal practices.

Malta's BirdLife celebrated the ruling and noted that it makes the case for repealing the government's bird trapping law.

Hunters' organizations rejected the court's decision, calling it unjust and blamed BirdLife Malta for influencing the court with "alarmist arguments."

Hunt on migratory birds in Malta

Malta has voted to continue a controversial springtime hunt of migrating birds. It's the only EU country to allow the practice. BirdLife's Steve Micklewright says the hunt is contributing to the decline of bird species. (12.04.2015)

Climate change is making their journeys longer and harder, window panes and power lines are deadly obstacles, and hunters lie in wait with nets. But there is plenty we can do to help, not harm, our feathered friends.