Malpractice, fraud and blackmail: Italy′s treatment of undocumented workers | Europe | News and current affairs from around the continent | DW | 22.07.2020

A move by the Italian government set to provide thousands of undocumented farm workers and home carers with legal papers is failing to meet its goal of freeing people from criminal and exploitative practices. Moses Isaac Osazuwa is a 41-year-old farmer from Nigeria's southern Edo state. He reached Italy's island of Lampedusa by boat in 2012, after fleeing a Libyan prison as the country plunged into war.

Back home, Osazuwa was a farmer and a member of a local political party, which managed to win a provincial election back in 2010. But the joy was short-lived. Riots ensued and the opposition party took over.

Once in Italy, Osazuwa quickly found a regular farming job in the southern province of Matera that lasted until 2017. From then on, he began living off occasional jobs.

When his papers given on humanitarian grounds expired in February last year, the territorial commission didn't renew them, deeming his case not suitable to receive further protection. 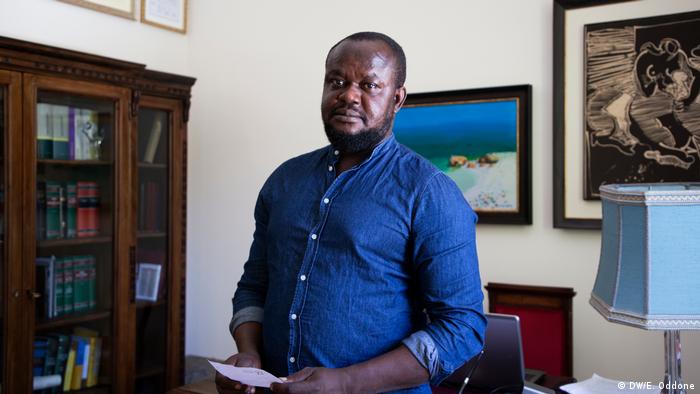 The farmer thought things could change for the better when the government launched a procedure for the "emersion of work relationships" on June 1. In the face of the COVID-19 pandemic, the decree was thought to offer a pathway to legalization for those working in agriculture or as domestic helpers across the country.

But Osazuwa's hopes faltered when he found himself victim to blackmailing.

Announced with much fanfare, the decree aimed to grant permits to at least 200,000 undocumented migrants working in agriculture, a sector brought to its knees during the pandemic due to a shortage of workforce available, which used to come mostly from Eastern Europe. Granting legal status was supposed to prevent workers' exploitation.

But the reality on the ground is much different. Marred by malpractice, fraud and blackmail, the number of applications received so far is scarce, prompting the government to extend the duration of the measure by one month, through mid-August.

Italy's agriculture minister, Teresa Bellanova, said last week that those who deem the measure to be a failure are "either in bad faith or don't really know what they are talking about." She said applications were growing by 2,000 on a daily basis.

"Clearly, those who see it as a flop do not find the ghettos [of agricultural workers] scandalous and intolerable, neither the enslavement nor the sexual abuses that are committed in the situation of informality and exploitation. I never thought this measure was perfect, nor hidden the need to extend it to other sectors or apply a larger time window. But the results speak for themselves," Bellanova said.

Still, of the around 123,000 applications received, 87% are from domestic workers.

Regularization can happen in two ways.

Employers can declare a previous work relationship or the intention of starting a new one with the undocumented worker following the compilation of a form and the payment of a €500 fee.

But income capacities required for the stipulation of contracts, around €20,000 to employ domestic workers and €30,000 in the agricultural sector, are making it especially hard for farmers to legalize the status of multiple seasonal employees, experts say.

The second option allows undocumented workers, whose residency papers expired after October 31, 2019 and are not in the process of being revamped, to apply directly to a six-month regularization. They do so by demonstrating that they've legally worked as domestic workers or in the agricultural sector in the past. Still, only an extremely limited number of undocumented migrants meet these prerequisites. 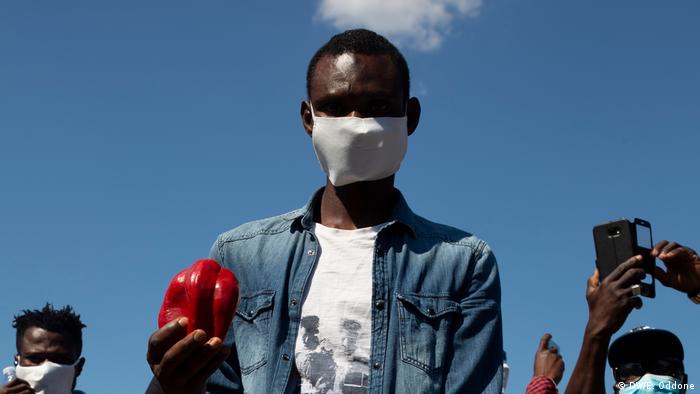 An agricultural worker protesting in Rome on July 5, 2020

"Limiting the provision to only two sectors doesn't reflect the reality of Italy's labor market," says Gianfranco Schiavone, a legal expert and deputy chairman of the Association for Juridical Studies on Immigration (ASGI). "Within such a normative context there are almost infinite scenarios for criminal activities, abuses and frauds. Legislators know this very well and are ignoring it on purpose."

Schiavone says that besides the buying and selling of work contracts, people working in other sectors will resort to gimmicks to get their papers.

Like Maria,* a 37-year old from El Salvador, who has been working illegally in a restaurant in Milan on and off for the past five years and is currently trying to convince her employer to adhere to the procedure by hiring her as a domestic worker.

She told DW she had offered to cover the €500 herself for the process, but her employer was reluctant to follow through, fearing legal repercussions. Meanwhile, Maria's cousin was also taking his chances to access the procedure by improvising as a domestic worker and trying to gather €5,000 to pay for his employer's signature.

Angela Maria Bitonti, a Matera-based human rights lawyer and member of ASGI, has been among the first to denounce malpractices linked to the decree.

Giving up everything for a permit

"The situation looks slightly better for domestic workers, where applications more or less correspond to existing work relationships. But the vast majority of undocumented agricultural employees who currently work illegally in conditions analogous to slavery will continue to do so in the future."

Bitonti says undocumented migrants are ready to do whatever it takes to get the documents, even selling their houses and properties back home, and that this was not the worst option.

"To emerge and leave their state of invisibility and exploitation, they resort to unscrupulous lenders or ask to work for free in exchange for their documents," Bitonti says.

Legal experts agree that this situation could have been avoided by granting residency permits to all the around 560,000 undocumented migrants living in Italy, also in light of the health emergency and the international border closures.

Senator Sandro Ruotolo, a veteran journalist who has been under police protection since 2015 because of threats from the Camorra criminal organization, told DW he recognized the mafia's signature on many of these frauds.

"Criminal groups need to guarantee their domination over the territory, especially through the control and the illegal exploitation of the agricultural seasonal workforce," he says.

Ruotolo says the cost for a signature in Castel Volturno, a city in the southwestern Campania region where the Neapolitan Camorra and the Nigerian mafia have been running their business for decades, is around €4,000.

Meanwhile, back in Matera, a disillusioned Moses Isaac Osazuwa prepares for another day of job hunting.

"I am looking for a job every day," he says, holding a paper with the address of a farm he will visit later that day in the Basilicata countryside. "I went to a job interview yesterday and I have a new one today. I won't stop. I have no money and I have no choice."

*not her real name