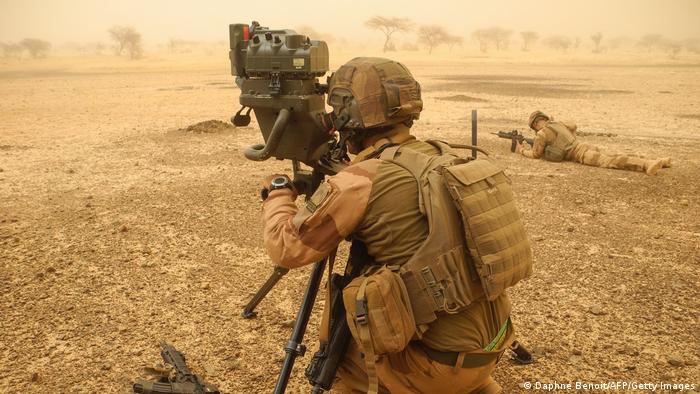 French soldiers pictured in Mali in 2019

France has strongly denied the latest accusations from Mali that it has violated its airspace and providing arms to terrorist groups to destabilize the West African country.

Mali made the claims on Monday in a letter addressed to the head of the United Nations Security Council as relations between the two nations further deteriorates.

"These flagrant violations of Malian airspace were used by France to collect information for terrorist groups operating in the Sahel and to drop arms and ammunition to them," Diop wrote. But he did not elaborate in the letter to the UN Security Council. 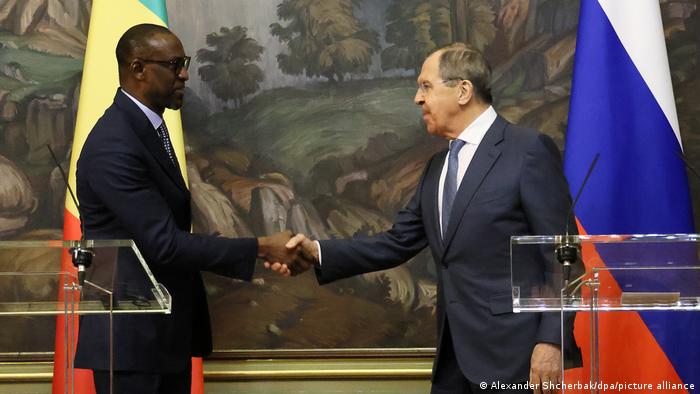 Mali risks reputation if it has no proof

Seidik Abba, a journalist and specialist on the Sahel region, says Mali could risk its reputation by making serious claims without evidence.

"If the Malian authorities take this step of going all the way to the Security Council, it is presumed that they have gathered evidence. And if they didn't gather any, you can imagine how it could be discredited," Abba told DW.

"Recently, when there were attacks in Tessit, where 42 Malian soldiers were killed, the Malian authorities had talked about external support, drone overflight, but, they had not provided proof."

Over the past decade, the French military has had a presence in Mali to help its former colony fight jihadis who had destabilized the country.

"France intervened in Mali between 2013 and 2022 at the request of the Malian authorities," the French embassy in Bamako states on Twitter.

"France liberated many Malian towns which had fallen into the hands of terrorists and neutralized several hundred terrorists in Mali and rendered harmless two historical figures of terrorism in the region."

France has spent billions of dollars on its military mission to Mali, in which 53 of its soldiers lost their lives,

According to the Sahel specialist, Seidik Abba, the latest tit-for-tat between the governments of Mali and France "seems completely tricky."

Mali instists that France colluded with Islamist extremists, providing them with information that was used to destabilize the country.

Abba told DW it would be shocking for France to do so and contribute to the death of its own soldiers in the process.

No end to anti-French sentiment

Anti-French sentiment is rising in the Sahel with the latest agitations coming from Niger.

On Tuesday France withdrew the last of its troops from Mali. In July, French officials announced that Niger would become the new base for troops deployed to the Sahel. Their focus: the border regions of Niger and Burkina Faso.

The move has provoked Nigeriens with 15 civil society organizations expressing disappointment at the French deployment.

A coalition of civil society organizations has organized protests to demand the immediate departure of the French troops.

The latest rift between France and Mali interferes with France's bid to establish its new base in Niger.

"The protest in Niger is related to its previous failure," said Abba. "People think that since France failed in Mali, even if it comes to Niger, it will also fail." 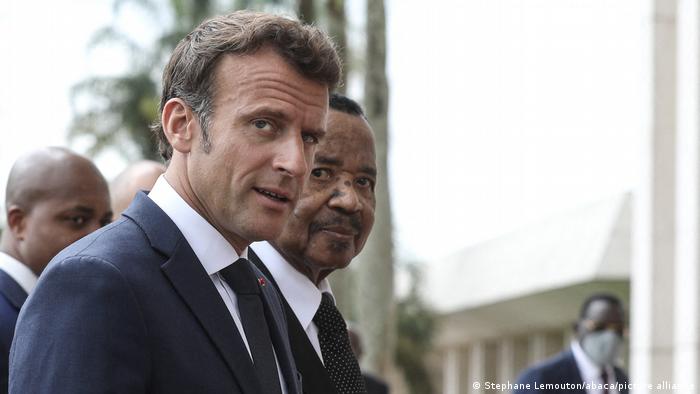 French President Emmanuel Macron was in Cameroon, Benin and Guinea Bissau in July 2022

"France remains engaged in the (wider) Sahel (region), in the Gulf of Guinea and the Lake Chad region with all partners committed to stability and to the fight against terrorism," the French Presidency said in a statement this week.

About 1,000 soldiers are to be based in Niger's capital, Niamey, along with fighter jets, drones and helicopters.

300 to 400 more are to be dispatched for special operations alongside Nigerien troops in the border regions with Mali and Burkina Faso.

About 700 to 1,000 French troops are also based in Chad, with an undisclosed number of special forces operating elsewhere in the region.

As many as 40 million children are "one disease" from catastrophe as the Horn of Africa and Sahel experience the worst drought in four decades, according to UNICEF.