Regional and international leaders have gathered in Addis Ababa, seeking to finance the military mission in Mali. French troops are currently leading the line, but an African intervention force is planned. 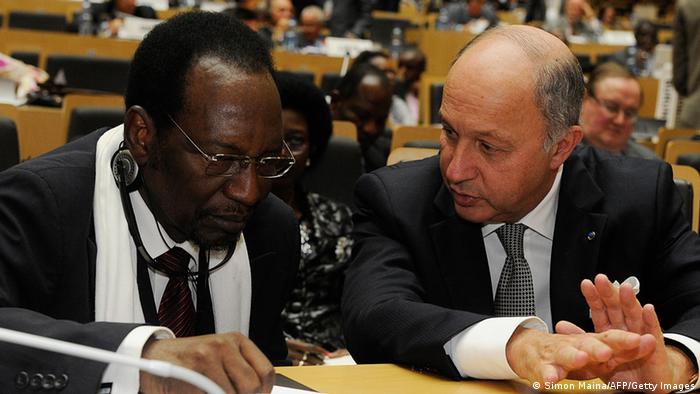 International leaders gathered in the Ethiopian capital on Tuesday trying to drum up funds and more troops for the military intervention in Mali against Islamist rebels in the north of the country.

African officials, in Addis Ababa for an African Union conference that closed on Monday, were joined by representatives from the EU, UN, US and Japan.

French-led forces in Mali on Monday reclaimed the UNESCO World Heritage Site Timbuktu, having previously captured major settlements including Gao, Diabaly, Konna and Douentza since the French intervention in its former colony on January 11. The only major population center still in rebel hands is Mali's north-eastern town of Kidal, home to some 25,000 people according to a 2009 census.

The conference hopes to raise hundreds of millions of dollars to support the African-led International Support Mission to Mali (AFISMA) - a currently underfunded joint project run by the regional Economic Community of West African States (ECOWAS).

"We are all gathered here to express solidarity with the Republic of Mali and its people," African Unon Commission chief Nkosazana Dlamini-Zuma said in her opening speech in Addis Ababa. "We all know the gravity of the crisis… It is a situation that requires a swift and effective international response, for it threatens Mali, the region, the continent and even beyond."

The African Union on Monday pledged $50 million (roughly 37.2 million euros) to support the AFISMA force, while ECOWAS had pledged $10 million as a group with further individual contributions from member countries.

The Japanese government announced prior to the conference that it would donate another $120 million to stabilize the Sahel region. Ten Japanese citizens died at an Algerian gas field last week when militants - saying they were responding to the French intervention in Mali - took over the compound and held hundreds of people hostage.

"The Japanese government plans to give an additional $120 million to help stabilize Mali and the Sahel region," Foreign Minister Fumio Kishida said. "This is to help the region to strengthen governance and security, including aid for peacekeeping operations."

Kishida said that his deputy, Masaji Matsuyama, would officially announce the pledge in Addis Ababa later on Tuesday, calling it a sign of "Japan's unshaken resolve to fight terrorism."

Germany is to pledge $20 million (15 million euros), according to unnamed government officials cited by the DPA news agency. The official announcement was expected to come during the course of the conference on Tuesday.

The International Monetary Fund on Monday agreed to provide an $18.4-million emergency loan to Mali, a move seen as symbolically important.

Many major donors cut off funds to the country in March last year, when the Malian military orchestrated a coup in Bamako. This coup, labeled a response to insufficient government efforts to fight Mali's civil war by its leaders, ultimately helped the various rebel factions cement their hold on the north of the country.