Malaysia election: People were ′disgusted with government′s corruption′ | Asia | An in-depth look at news from across the continent | DW | 10.05.2018

Malaysian voters have delivered a stunning upset at the ballot box to the coalition that has ruled the country since independence in 1957. It paves the way for 92-year-old Mahathir Mohamad to become world's oldest PM. 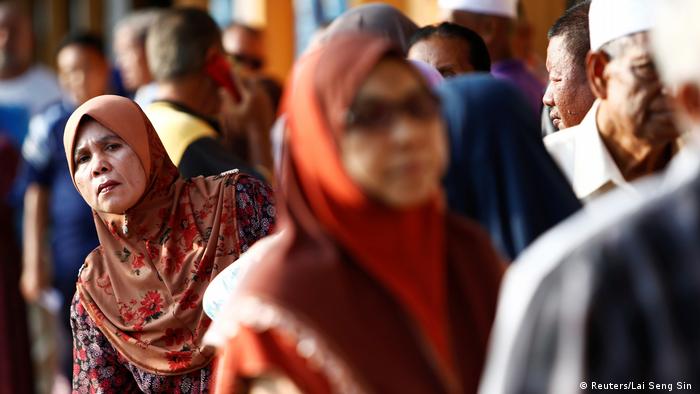 DW: What does the outcome of the election mean for Malaysia?

Zachary Abuza: I cannot say strongly enough what an historic upset this was. This is the first time power has changed hands in Malaysia's 61 years since gaining independence. The odds were so stacked against the opposition. Districts were heavily gerrymandered in favor of the ruling coalition; and the districts themselves were highly malapportioned in favor of rural Malays who made up the majority of Barisan Nasional's (BN) constituency.

Although Malaysia is an overwhelmingly urbanized country, 80 percent of the seats were in rural districts. In addition, the government controlled the media and used the Election Commission, which is supposed to be independent, as an arm of the government to disenfranchise the opposition.

While the opposition coalition Pakatan Harapan (PH) was expected to win a majority of the popular vote as they did in 2013, the gerrymandering and redistricting was thought to be sufficient to keep the BN in power.

Assuming that the transition is peaceful and smooth, and there is no reason to suggest that it won't be, this really paves the way for Malaysia to reach its potential as a law-governed democracy. For the first time in five years, the government has a popular mandate. 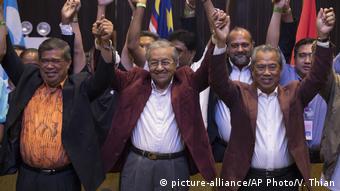 Mahathir Mohamad, center, celebrates at a hotel in Kuala Lumpur on May 9 after official results showed the opposition alliance led by him won a majority in parliament

What message did Malaysian voters send to their political class by delivering such a verdict at the ballot box?

This was clearly an anti-incumbent movement. The majority of the population of all ethnicities really felt that the government had grown out of touch with people and was unresponsive to their concerns about the growing cost of living and declining per capita incomes. Political giants fell: the heads of two of the parties in the ruling coalition lost their seats, two deputy prime ministers, eight ministers and 19 deputy ministers all lost their elections.

People were obviously very disgusted with the rampant corruption of the government, including the $4.5 billion (€3.8 billion) corruption scandal involving the national sovereign wealth fund 1MDB. Although the 1MDB scandal was too complex for the average person to understand, the sheer audacity of the scale of that corruption infuriated people when their standard of living was declining.

In addition to the national level, BN got hammered in state elections. It now controls only two of the 12 states. The Islamist party PAS now controls two states, up from one.  What is most significant are the gains that PH made at the state level. They were expected to hold on to Selangor and Penang, but they gained three other states, including Johor, where UMNO was born. PH made huge gains in eastern Malaysian states of Sabah and Sarawak.

What administrative challenges could Malaysia face now as it has no experience with a transition of power to an opposition party? As so far only one coalition ruled the country since it gained independence in 1957.

I anticipate a smooth transition of power. The police have come out and stated that they would not countenance any disruptions to the process. The Malaysian king has already said that he will invite Dr. Wan Azizah Ismail to form the new government, as she is the head of the PKR, the largest party in PH.

The signs so far are that the transition will be orderly and quick, with the new government sworn in possibly as early as Thursday. That's not to say that things will be easy for the new government. They have never been out of opposition.

The real challenge is keeping the PH coalition firmly united past the election. It was easy to be united when they were all standing against the government. The coalition is more cohesive than it was a year ago when it included the Islamist party PAS. But still, coalition governments are never easy to keep cohesive.

Given that Mahathir is 92-years old, how probable is it for him to make way for someone else to take over as prime minister in the near future?

Mahathir Mohamad is 92-years old. He will likely be sworn in as prime minister. But he has already announced that he is working with the king to secure a royal pardon for Anwar Ibrahim. Today they announced a date of release from prison of June 8. Anwar will then have to either compete in a by-election or have someone vacate their seat for him.

As of now it seems that Anwar will most certainly become prime minister. In the meantime, we should also look to Anwar's wife, who is now going to be deputy prime minister. She is often described as a placeholder, but she is a formidable politician in her own right. And many in the country are looking to Anwar's daughter Nurul Izzah, who shares her father's charisma, as a potential leader.

How could these election results impact ethnic relations in the country?

As the BN coalition government was made up of Malay, Chinese, and Indian parties, PH is also a similar makeup of parties who seek to represent the interests of their constituents.

The real challenge is going to be how to respond to the reverse affirmative action programs that have been in place since the early 1970s that have benefited the ethnic Malays. The programs have favored the Malays in dozens of ways, from land allocation to university seats, to opportunities to start and grow businesses. 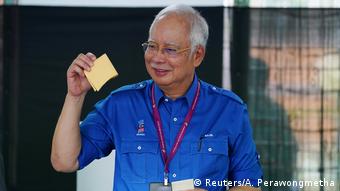 Abuza: 'The big question is what happens to Najib and the investigation into 1MDB'

Obviously, the ethnic Chinese DAP has called for an end to those programs; so has the PKR party as well as Mahathir's new party. But how the new government plans to dismantle those affirmative action programs will be very sensitive. And I think the new government is going to have to scale back some of its promises and timelines.

What major policy changes do you think will be high on the new government's agenda?

It is my hope that the new government very quickly reverses some of the more draconian laws that are ripe for abuse that Najib Razak put in place. At the top of the list is the fake news law, followed by the sedition law. The government should quickly drop all cases of sedition. If they did those very quickly it would really send a signal that they are making a clean break with the past and that the country is a democracy that truly respects press freedoms and free speech.

The government needs to quickly put in place policies that are going to deal with the rapid rise in the cost of living for the people. They may need to reverse the unpopular Goods and Services Tax (GST).

There will also be calls for the government to revisit some of the recent Chinese-funded development projects such as the East Coast Rail Link. Many are concerned about being caught in the Chinese debt trap.

How could this election outcome affect the nation's fight against corruption?

This election should help root out the endemic corruption, though it will not be a panacea. The PH government will likely allow a freer media and more public oversight. Expectations will be very high for them to eliminate some of the high profile corruption and rent-seeking. There should be more transparency, especially when it comes to large-scale development projects.

The big question is what happens to Najib and the investigation into 1MDB. Najib effectively quashed the government's investigation into the scandal. It is likely that the new government will re-open the case and investigate him, bringing criminal charges, especially for the $700 million in 1MDB funds that found their way into his personal bank account. In addition, there are investigations into 1MDB in 10 separate countries, including the United States, Australia, Singapore and Switzerland.

Malaysia, under Najib, was less than cooperative and forthcoming. That will of course change. I expect significant investigative and law enforcement cooperation with these overseas investigations. Jho Low, the Najib ally, who was behind much of the fraud, is going to find life a lot less enjoyable, very quickly.

Mahathir was very quick to say that there was not going to be an inquisition, or broad-based investigations into BN corruption and culpability. That would do him no benefit. They need to keep the investigations focused on Najib and his inner circle.

Zachary Abuza is an expert on Southeast Asian politics and security and professor at the Washington-based National War College.

Despite numerous hurdles, overseas Malaysians are racing against time and an implausible deadline to cast their votes in what is regarded as the country's most crucial election yet. (08.05.2018)