Opposition leader Rafizi Ramli became the second candidate for prime minister to come under police investigation under the new law within days. The probes come with elections slated for next week. 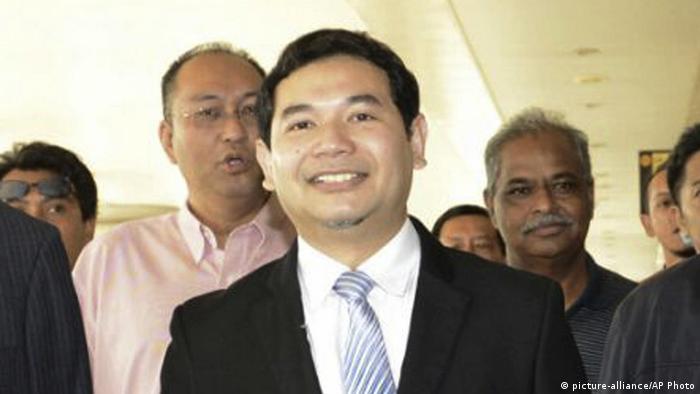 A second Malaysian opposition leader is under investigation for allegedly violating the country's new law against "fake news."

Police are investigating opposition leader Rafizi Ramli over allegedly defamatory remarks he made about the Election Commission and the police, state-run news agency Bernama reported Saturday.

The Rafizi probe comes just three days after police announced they were investigating another opposition leader, Mahathir Mohamad, on the same charge. Mahathir said his plane was sabotaged in the run-up to the May 9 election.

The 92-year-old Mahathir, himself a former prime minister, is seeking to oust the current premier, Najib Razak.

Rafizi is being investigated for his comments on social media about the filing of nomination papers for the election at a district in the state of Negeri Sembilan, according to the state's police chief, Noor Azam Jamaludin.

Rafizi charged that an opposition candidate was not allowed to file his nomination papers.

Malaysia's parliament passed its "fake news" law in April, and Najib signed the bill, making it one of the first countries to pass such a law.

Critics say the law is aimed at cutting off dissent and free speech ahead of the election.

On Monday, a Danish citizen became the first person to be convicted under the new law.

Salah Salem Saleh Sulaiman, 46, a Danish national, was found guilty of inaccurately criticizing the police on social media. He pleaded guilty to violating the country's "anti-fake news" law, and was sentenced to a week in prison and fined 10,000 ringgit ($2,550, or 2,120 euros).

Salah, who is of Yemeni descent, posted a video on YouTube claiming he was with Fadi al-Batsh — an engineer affiliated with the Palestinian militant group Hamas — when Batsh was gunned down last month in Malaysia.

Malaysia's new law against "fake news" carries a maximum penalty of six years in prison and a $100,000 fine.