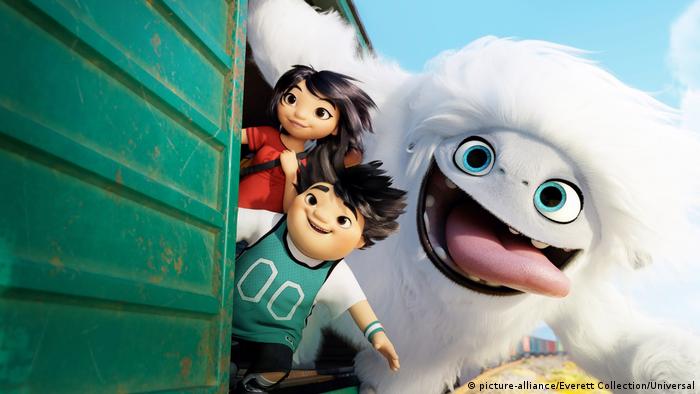 A geopolitical dispute is set to keep Abominable, an animated movie coproduced by a Chinese studio, out of Malaysian theaters, representatives of Universal Pictures said Sunday.

Malaysian authorities oppose the scene which shows a map of the South China Sea with the controversial "nine-dash-line" which Beijing uses to reinforce its claim on vast areas of the disputed region. Parts of the sea, which includes key shipping routes and strategic islands, are also claimed by Malaysia, Vietnam, the Philippines, Brunei and the Taiwanese government.

Abominable is from US animation giant DreamWorks, in cooperation with the Shanghai-based Pearl Studio. DreamWorks is owned by Universal Pictures, which also serves as the movie's distributor. The film tells a story of a Shanghai girl who finds and befriends an escaped Yeti on the roof of her apartment building.

It was set to hit the Malaysian theaters in November.

On Sunday, Universal Pictures said Malaysian officials have agreed to let the film be shown if the map scene is removed.

However, "Universal has decided not to make the cut required by the Malaysian censor board and as such will not be able to release the film in Malaysia," the US company said in an email to the Agence France-Presse news agency.

The movie started its theatrical run in Vietnam in early October but was pulled from cinemas last week, with the country's main cinema franchise CGV saying they were not immediately aware of the map. Philippines' cinemas have also started showing the movie, but the country's Foreign Secretary Teodoro Locsin Jr. recently called for the film to be boycotted and for the "offending scene" to be cut.

In 2016, a Hague-based arbitration court ruled that China's territorial claims were without grounds, but Beijing has ignored the decision.

China is deploying long-distance bombers, while the US is sending out destroyers on patrol. Though the tension in the South China Sea is mounting, DW’s Frank Sieren is doubtful it will turn into a military conflict. (31.05.2018)