'Make me a German'

Could learning to live like the average German help Britain obtain more success economically? That's the experiment a British family undertook in a new BBC TV program "Make me a German." So how did they fare? 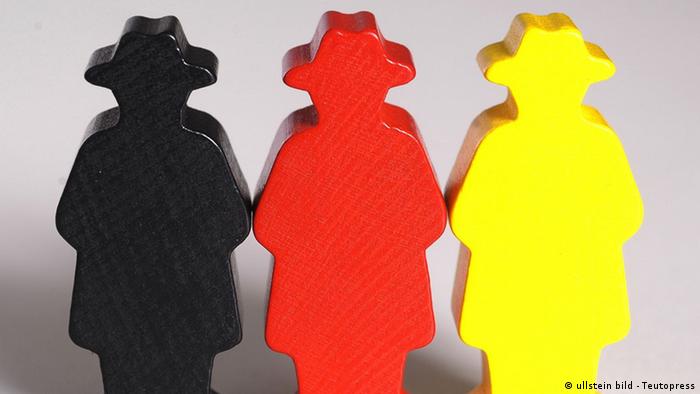 As the economic crisis deepens, there is one country in Europe which stands out: Germany. It consistently outperforms its neighbors economically and is being held up as a model that we should all emulate. Britain, still sailing through the doldrums of minor growth, and not really out of the shadow of recession, has been busy comparing itself to Germany, wondering how whilst British manufacturing has declined, Germany's has soared.

'We need to become more Germanic'

The Prime Minister David Cameron, on a visit to a British factory this year was famously quoted as saying "we all need to become a bit more Germanic" in our way of doing things. It was this kind of belief, which has helped fuel the ideas behind a new BBC TV series looking at Europe's largest economy, Germany.

One of the programs in the series was entitled "Make me a German". It's premise? Send a British family of one BBC presenter, his wife who's a writer, and their two youngest kids, to Germany to "live like the average German". Justin Rowlatt and his wife Bee are used to trying out experimental ways of living for the BBC. A few years ago, they made the headlines trying out more ethical ways of living in their Hampstead town house, in a year long project entitled "Ethical man." 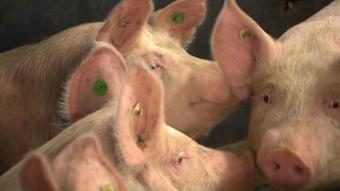 To 'become' German, the British learn, you need to eat a lot of pork and potatoes

As we find out at the top of the program, the couple leave behind their oldest two kids, because the average German has less than two children. But they and their two youngest head to Nuremberg just before Easter, the town still enveloped in snow and bitterly cold.

They rent a nice light apartment, in the "GoHo" area of Nuremberg, for just 125 euros a week, because "most Germans rent" Justin tells the camera. "Many more than the Brits" whose obsession with "my home is my castle" means that "British people on average have much more debt than their German counterparts." 53,000 pounds more to be precise.

Learning to become a German

Bee and Justin learn that Germans eat a lot of pork, potatoes and drink a nice amount of beer every week. Surprisingly, the average German woman is said to do 4.28 hours of housework (including washing, cooking and cleaning) a day. Justin, bleary eyed, gets out of bed at 06.23 every morning, the time the average German, Mr Müller, is meant to open his eyes, and heads to work on the production line of the famed German pencil company, Faber Castell. Bee, on the other hand, with two young children, is expected to stay at home and fulfill those long hours of housework and childcare that Mrs Müller apparently indulges in.

"I became what I termed 'the reluctant hausfrau' staying at home and not working - it's really not my cup of tea," Bee told DW. "It became very clear very quickly that there are very strong push-pull factors at play which encourage mothers away from the work force and I did struggle with that."

But if that means that families get to spend more time together, couldn't that be regarded as positive?

"No, I would see it more positively if it followed the Scandinavian model, where men are encouraged to spend more time at home" Bee answers decisively.

'The sense of orderliness was positive'

That said, Bee admitted that she really enjoyed the experiment and took away a lot of positives from German society. 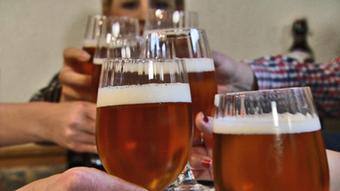 Bee herself is half German, although she grew up in Britain. The couple joke at the start of the program about her "Teutonic qualities". Bee likes to "merrily sit and chat whilst on the toilet" she confides to the viewers, "but that's just the way I grew up". So after the two week experiment, did she feel more German or British?

"It didn't confirm my Britishness, no. Some of the things that annoyed Justin, I actually thought were a good thing," she told DW. "The being told off if your child doesn't have a coat on, or you've parked badly, any little misdemeanor, they will comment on it, and say 'you haven't done that right, you need to do it this way' and I think that in Britain people will just grumble about it to themselves, but at least in Germany they will tell you what they think."

Justin was put to work on a production line, his average salary per month would have been about two and a half thousand euros. His German colleagues, Timo and Danny got on with their jobs and worked hard, and he felt the sense of community and team work in the "Deutsche Mittelstand" the medium sized companies meant that, in Bee's words "people just get on with it, without faffing around."

The couple invited more 'average Germans' around to their house each night to ask them about the country. Over meals of würste (sausages) and potato salad one student told them that "she couldn't believe how much personal detail the British share with their colleagues." Plans for the weekend, how drunk they got the night before, all meant that the UK, in her opinion, seems to have a much less efficient workforce. To illustrate this, Justin archly attempts to use his mobile at work and send an SMS. He gets short shrift and quickly understands that for the eight hours the average German is expected to work, full concentration is needed.

One of the funniest aspects of the program was the realization for the British that Germans would probably never make a show entitled 'Make me a Brit'. At the beginning, Justin wonders what the Germans think of the Brits. He gets his answer over dinner half way through the week: "Boring and quite rainy". Pushed a bit further, another German guest volunteers "we sometimes hear about the Queen" and then goes on to berate the British on their working habits.

"Tell it like it is" jokes Justin, perhaps a little taken aback. Bee, more au fait with Germans' indifference to Britain, explains that she wasn't so surprised. "This was one of the reasons I really wanted to do this program, because I'm endlessly surprised by the chip on the shoulder that the British have towards the Germans. We're still harboring a one way grudge against Germany, and the Germans really don't seem to notice, or care what the British think." Bee laughs. "To us, we're still bothered about the war, I'm sorry to say that but it still does come down to that for most British people unfortunately." 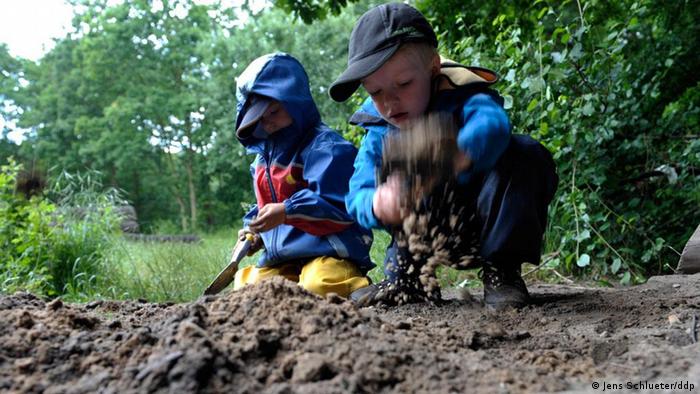 After a hard working week, the family learn that Sunday is a day of rest. There is no going to supermarkets as shops are closed, and neighbors will not appreciate it if the kids wake up at 6am and start jumping around. The rest of the week, to dissipate some energy, and try another aspect of Teutonic life, daughter Elsa, tries out the "Waldkindergarten" or forest daycare. "This makes me want to be a child myself" enthuses Bee. "All these kids climbing trees and running around, it was so magic, it was lovely, that was probably my favorite part of the experiment," she recalls. "Kids have time to be just kids, everything is geared to childhood."

Bee was buoyed up by her experiences. So what, if anything will she take home from the "German experience?" "The main thing I learnt is that we could all be a lot more focused at work. The trade off is you work a shorter day. It's very hard to argue with that." She hopes to "import" some of these lessons into daily life in the UK. Without wanting to fall into clichés, efficiency was their watchword. Bee says that she is "trying to emulate" German efficiency and make it work for her back in Britain, although how exactly she will do that, is left vague.

The Bundesliga looks back at 50 eventful years

The Bundesliga has turned a half-century old and is now reflecting on its rich and varied past. What may now be the world's best domestic league had some very humble origins indeed. (08.08.2013)

Up to 4 percent of the UK workforce lacks a minimum work guarantee, and is allowed to remain on constant standby, new figures show. Germany doesn't have this problem. (05.08.2013)

German consumers have remained optimistic about the money they will have in their pockets to spend on goods and services. A fresh study showed their confidence hit a new high. (30.07.2013)