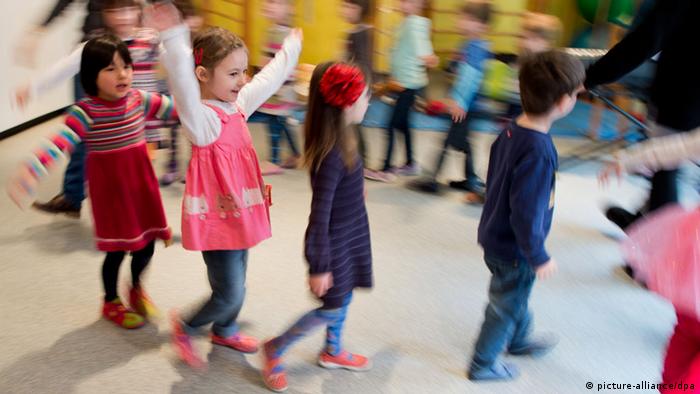 Germany's large public service union Verdi declared a breakdown in talks for kindergarten staff and social workers on Tuesday, saying five rounds of negotiations had been inconclusive. Those talks had already been accompanied by warning strikes.

Germany's VKA federation of local bodies has said demands by Verdi and two other unions for pay rises averaging 10 percent would amount to an unsustainable 1.2 billion euros extra per year.

Late on Monday, Verdi's negotiations commission voted to poll members and said that if three-quarters opted to withhold their labor then unlimited stoppages would begin late next week.

"If at least three-quarters of members vote positively for a full-scale strike then parents will face closed kindergartens from next week," Euskirchen said.

Warnings strikes that accompanied recent negotiations had already forced working parents to seek day-care stand-ins such as grandparents and neighbors.

Verdi, together with the GEW educators' union and DBB civil servants' union argue that skilled staff are entitled to increased pay because of mounting requirements, such as assisting migrant children to learn German and childhood counseling.

The pay talks had also involved social and youth workers at schools and drop-in centers.