Münster: a sleepy city of culture turns into a crime scene | Culture | Arts, music and lifestyle reporting from Germany | DW | 07.04.2018

Münster is well-known throughout Germany and beyond as a lively student city with lots of culture. The city made global news when a van was driven into a crowd in the old town. 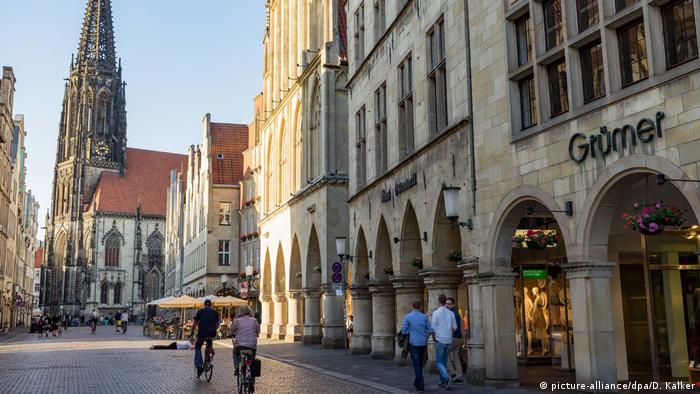 Several people were killed and injured when a van was reported to have rammed into a crowd in the city Münster on Saturday afternoon.

The city is known for its quaint architecture and teeming student life. With one of the highest student populations in the country, Münster's Westfälische Wilhelms-Universität (WMU) is also considered one of the best universities in the country – especially for the legal profession.

Münster is also recognized beyond Germany for its famous cathedral, its historic architecture and its lively cultural scene. Because of all its attractions, the city in the western German state of North Rhine-Westphalia remains a tourist magnet throughout the year.

A hub for culture

Münster's ancient architecture was nearly completely destroyed in World War II. It dates back all the way to medieval times.

The city with a population of 300,000 draws many visitors each year.

It has won the award of being Germany's most bicycle-friendly city. There are nearly twice as many bicycles in Münster as people.

The city is surrounded by romantic landscapes and inviting hiking trails. 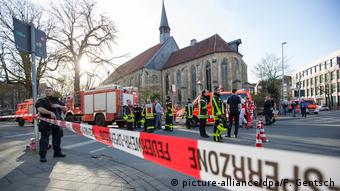 The events in Münster made global news

The city also attracts visitors for its rich cultural scene. Once every ten years, it hosts the "Münster Sculpture Projects" highlighting sculptural art from around the globe. The event attracts more than half a million visitors, and most recently took place in 2017.

German television viewers are also highly familiar with the layout and overall look of the city thanks to the popular "Tatort" show, which airs on Sundays. Every couple of weeks, an episode of "Tatort" takes viewers to Münster, where Police Officer Frank Thiel investigates the latest crimes. Having become a crime scene itself, the city will have to take its time to reel from the events of April 07.

From May 09 to 13, the city will host the German Catholic Convention ("Katholikentag"), which takes on the motto "finding peace" this year. Until then, the city will have to look for its own peace after the tragic events.