Lufthansa: Flights back to normal after pilots' strike

The management of German airline Lufthansa has said its services are now back to normal after a four-day walkout by pilots. But the labor unions have warned of further stoppages, likely over the Easter holidays in April. 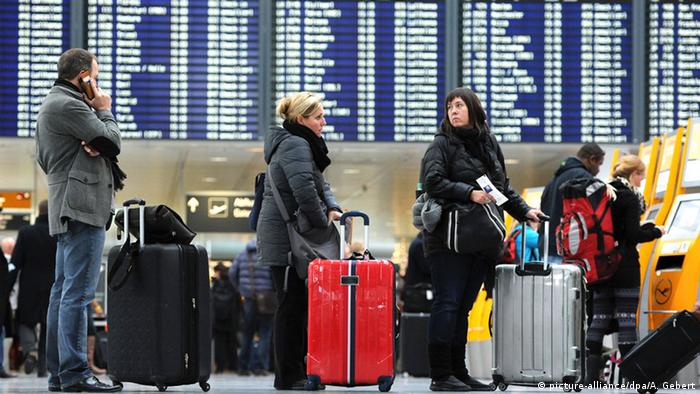 Some of the carrier's long-haul flights are still not operating but its short and medium haul flights have fully resumed, a Lufthansa spokesman said Sunday.

A representative of pilots' trade union Vereinigung Cockpit (VC) warned of more strikes over the Easter break early next month and said there hadn't been any agreement with the management on a dispute primarily over pilots' elgibility for early retirement.

"There has been no movement (on this) so far," he said.

Lufthansa's next workers' dispute will come on Monday as negotiations begin with the trade union Verdi, which represents about 30,000 service workers on the ground.

Germany's largest airline reported cancelling 74 of its 160 planned long haul flights on Saturday. Some 700 flights were canceled on Friday and a further 90 were scrapped due to a separate air traffic controllers' strike in Italy. The four-day pilots' walkout affected 220,000 passengers, said Lufthansa.

This week's strikes began on March 18 over a protracted conflict about early retirement benefits for around 5,400 pilots. Lufthansa plans to scrap an earlier arrangement under which its pilots were entitled to early retirement at age 55 in consideration of the health risks of their job, and would then continue to receive 60 percent of their regular pay until the statutory retirement age of 65.

Launched in April last year, the pilots' industrial action has so far cost Lufthansa about 220 million euros ($233.3 million), according to the flagship German carrier.

According to a poll conducted by PR firm Ketchum Pleon, 55 percent of those surveyed found the reaction of the pilots disproportionate to the situation. Of those polled, 52 percent considered VC to be the source of the conflict, with only 19 percent blaming Lufthansa.

German Labor Minister Andrea Nahles, a Social Democrat, is seeking to pass new legislation designed to limit the influence of smaller trade unions. This is a response to the long-running Lufthansa labor disputes with VC, and also frequent interruptions on national rail provider Deutsche Bahn, owing to disagreements with train drivers' union GDL.

German pilots union Vereinigung Cockpit has said Lufthansa's long-haul pilots will strike on Thursday. The announcement comes a day after a walk-out affecting short and medium-haul flights was confirmed for Wednesday. (17.03.2015)