Passengers with Germany's flagship carrier are set to face disruption later this week after a cabin crew trade union called a 48-hour strike. Affiliate airlines including Eurowings and SunExpress could also be affected. 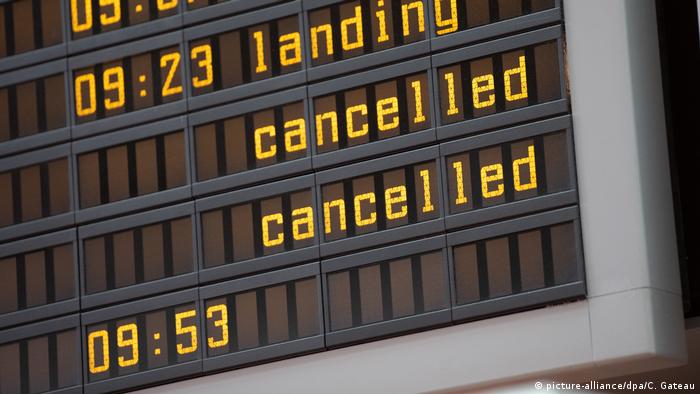 A German union on Monday called on Lufthansa cabin crew to launch a strike on Thursday and Friday in an intensifying battle for better pay and conditions.

"This will affect all Lufthansa flights scheduled to leave from airports in Germany," the deputy chairman of the UFO cabin crew union, Daniel Flohr, said in a statement. He blamed Lufthansa's "ongoing refusal" to negotiate.

Passengers flying Lufthansa will have to deal with disruptions during the 48-hour strike, and the strike could also impact Lufthansa's affiliate airlines including Eurowings and SunExpress, the union reported.

UFO has made wage demands for all five of Lufthansa's aviation businesses covered by German collective bargaining law. A majority of the UFO union members voted last week for an indefinite strike against all Lufthansa companies.

Lufthansa has condemned the strike and does not recognize the union's board as having the authorization to represent the crew members. The airline has for months refused to negotiate with UFO.

The UFO union has dealt with significant internal disputes. After facing accusation of embezzlement and investigations by prosecutors, only two board members are left on the union's board from its previous seven. UFO will elect new leaders on February 14.