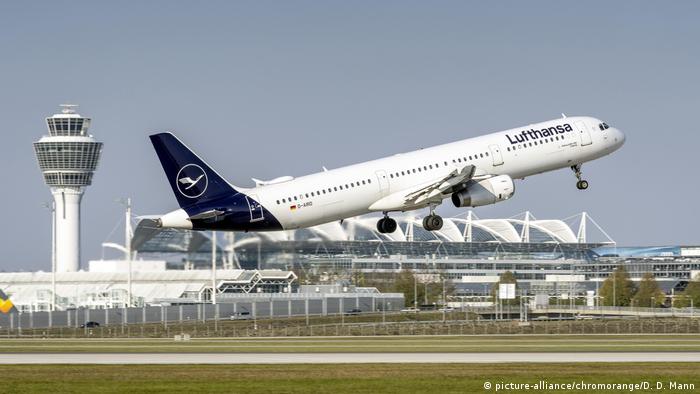 The outlook was expected to remain gloomy at least until the end of the year, the Frankfurt-based airline said in a statement.

Fuel price increases, "persistent overcapacities" and "aggressive competition" from budget airlines in Europe, such as Ryanair and Easyjet, were taking their toll, the airline added. Economic prospects have also been tainted by global issues such as the US-China trade wars and Brexit.

The Lufthansa Group, which includes budget subsidiary Eurowings and smaller carriers in alliances like Austrian and Swiss Air, said there had been a 7% increase in costs, including a fuel bill that had risen by €225 million since the 2018 second quarter.

Despite a shrinking bottom line, the company saw sales increase by 4% to €9.6 billion compared to the same time last year.

Lufthansa said long-haul flights, particularly to Asia and North America, continued to turn a profit, while no frills Eurowings was struggling in the tough European market.

Chief Financial Officer Ulrik Svensson said the group was fighting particularly hard in Germany and Austria, and planned to take on the competition by "further reducing our costs and increasing our flexibility."

"We intend to make Eurowings a sustainably profitable airline," he added.

Last month, Lufthansa CEO Carsten Spohr slashed its adjusted earnings forecast for this year to €2 billion to €2.4 billion, down from the previous estimate of €2.4 billion to €3 billion.

Ryanair has become the first noncoal company to join Europe’s top 10 carbon emitters. The Irish airliner is "the new coal," one expert said. (03.04.2019)

Ryanair's chief executive has said the airline could suffer losses if Boeing's embattled 737 Max planes don't become operational by November. The jets have remained grounded since an Ethiopian Airlines crash in March. (11.07.2019)

The UFO cabin crew union says Lufthansa staff could walk off the job next month amid a pay dispute. A strike in the middle of summer will likely spell travel chaos for thousands of passengers planning to go on holiday. (20.06.2019)

Nigeria: Curfew in place after abducted schoolgirls released 2h ago