Low wages, cheap power and a stable political situation have prompted foreign textile companies like H&M to start sourcing from Ethiopia. But, in many cases, the workers themselves are struggling to make ends meet. 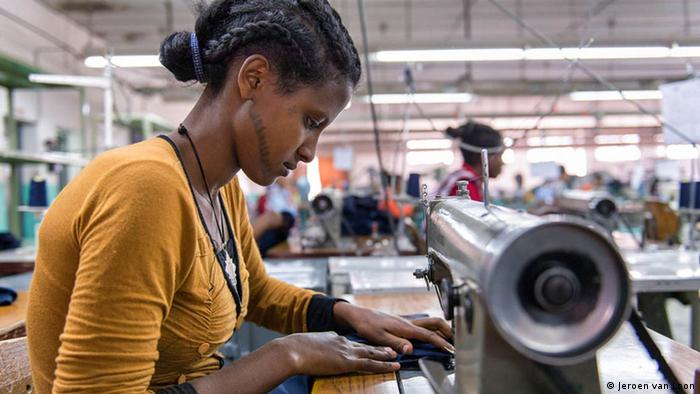 Sewing machines rattle away in the huge GG Super Garment factory in Debre Zeyit, some 45 kilometers (28 miles) southeast of the Ethiopian capital, Addis Ababa. Hundreds of women and a few men are sewing singlets and T-shirts, destined for the Swedish company H&M.

As a result of rising salaries and growing labor unrest in Asia, an increasing number of foreign companies have started moving their production to Ethiopia. According to factory manager Joseph Elisso, the conditions in the East African country are far more favorable.

"Ethiopia is stable and peaceful, electrical power is cheap and labor costs are very low," he explains.

Entry-level salaries for workers in Ethiopia's textile industry range from $35 to $40 (32 to 37 euros) per month - lower than Bangladesh's minimum wage of $68 per month and far below the average wage of $500 in the Chinese textile sector. Ethiopia doesn't have a minimum wage, and due to high unemployment, workers are often forced to accept whatever wage they are offered.

Not enough to live on

Although Ethiopian workers are generally happy that increasing foreign investment is bringing jobs, many are battling to make ends meet. "I only get 850 Ethiopian birr (about 38 euro) per month and struggle to cover all my expenses," Tigist Teshome says. The 23-year-old factory worker, dressed in a checkered pinafore, is living with friends to share the costs. "I would like to live on my own, but rent alone is already 600 birr. How will I manage to pay food and clothing?" she asks. 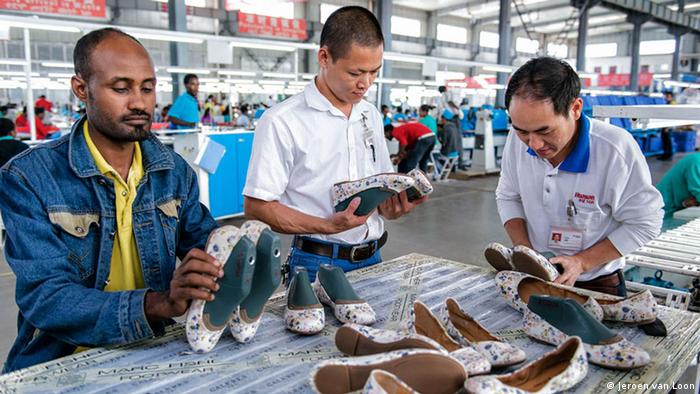 Shoes for Guess and Toms are produced by the nearly 4,000 workers at Huajian's factory in Ethiopia

In Duken, about a half hour drive from the Debre Zeyit garment plant, there's a big shoe factory run by Chinese company Huajian. Around 3,800 Ethiopian men and women are busy hammering soles on shoes, sewing pieces of leather together, operating machines and checking the final products.

"Former Ethiopian Prime Minister Meles Zenawi invited us to set up a factory in Ethiopia because the employment rate is very low so they need labor intensive industry," Song Yiping, a manager with Huajian, says.

The company plans to produce 2 million pairs of shoes this year, mostly for American and European customers like Guess, Naturalizer and Toms. Ethiopia has one of the largest heads of cattle in Africa and leather is widely available in the country. The company is planning to expand production, boosting the number of workers to 50,000 in 10 years.

Although Huajian has created many news jobs, the company's employees complain their wages are too low. "My basic salary is just 600 birr (26 euros) and only when I work 10 instead of eight hours a day I get 750 birr (32 euros) a month, which still isn't enough. My rent alone is already 400 birr," says 24-year-old leather cutter Abu Ibrahim. "Also, our Chinese bosses shout at us in Chinese all the time and sometimes we aren't even allowed to go to the toilet," he adds. 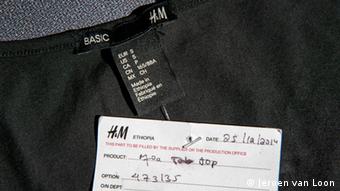 Manager Song, however, says the low pay reflects the low productivity and quality of work. "The workers' lack of skill has impacted quality. Many shoes were rejected by our customers and we had to pay 4.5 million euros as compensation in the first two years," Song states.

The Huajian company, which was founded in China in the 1980s by former military officer Zhang Huarong, has also adopted a rather unusual method to motivate its staff. Every day, all the workers have to line up in the parking lot in front of the factory to perform a military drill, including marching, shouting, saluting and singing. "In the military they do marching to become disciplined and obey orders. We want to create the same effect," says human resources manager Zeng Lizhuo.

Not all workers appreciate this activity, though. "I have to walk long distances to fetch water at home, so I don't like to do even more physical exercise at work," 25-year-old worker Abebeye Makonen, dressed in a red T-shirt and skirt, says. She also hates the "Huajian song" that the workers are obliged to sing in Mandarin during the daily drill.

According to Zeng, the song is to unite the workers. "They sing that they make Huajian better and better to move forward and forward," he says.

Workers too scared to start a union

The way workers are treated at the Huajian factory is not unusual. About 75 percent of all Ethiopian companies still refuse to permit trade unions, says Angesom Yohannes from the Industrial Federation of Ethiopian Textile Trade Unions. "Most owners, especially the Chinese, don't want a trade union because they know that the next step will be collective bargaining, and certain benefits will be taken away from the owner or the factory," Yohannes adds.

He and his colleagues from the union nevertheless negotiate with individual factories in an attempt to secure better wages for the workers. After negotiating for three years, the union achieved a 25-percent wage increase in a collective bargaining agreement with the Turkish factory Ayka, which employs 7,000 Ethiopians. "We achieved this salary increase following pressure from Ayka's German client Tchibo," Yohannes says. 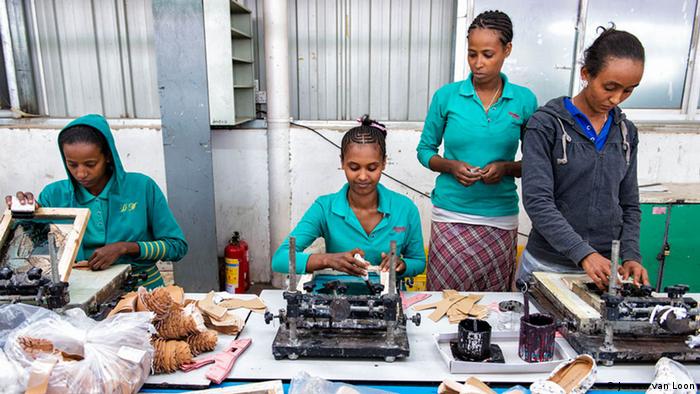 More pressure from outside

However, the union only has five full-time staff members and lacks the manpower and political weight to lobby for all factories. But Yohannes says pressure from customers abroad, like in the case of Tchibo, can have a big impact on strengthening workers' rights. He hopes H&M will also put pressure on GG Super Garment to raise salaries.

Dereje Feyissa Dori, research professor at the International Law and Policy Institute in Addis Ababa, believes that Ethiopia won't become a second Bangladesh, with dangerous working conditions. Factories aren't housed in shacky flats like in Asia, but in large production halls. Dori believes that Ethiopia's relaxed attitude towards foreign investors regarding labor rights won't last. "The government is so desperate to attract foreign investment. It doesn't want to scare or chase investors away by putting too many conditions, but it will become more strict in a couple of years," Dori says.

Ethiopian factory workers aren't optimistic about the future, according to Ibrahim. He says working conditions at Huajian are becoming worse. "In the beginning they allowed us two breaks per day, but now only one, while we have to work 10 hours a day," the leather cutter says, adding that he's not holding out for the government to take action. "Politicians don't help us either. Because they are happy with all the investments, they will always choose to side with the foreign companies."

Ghana has stepped up efforts to halt the smuggling of pirated textiles from China. The quantity of pirated cloth sold cheaply has forced several local manufacturers out of business. (17.04.2015)