Miserable pay, long hours and very few rights - a reality for many seamstresses in eastern Europe. Global fashion firms are under pressure to push for change. DW went to check out the situation in one firm in Croatia. 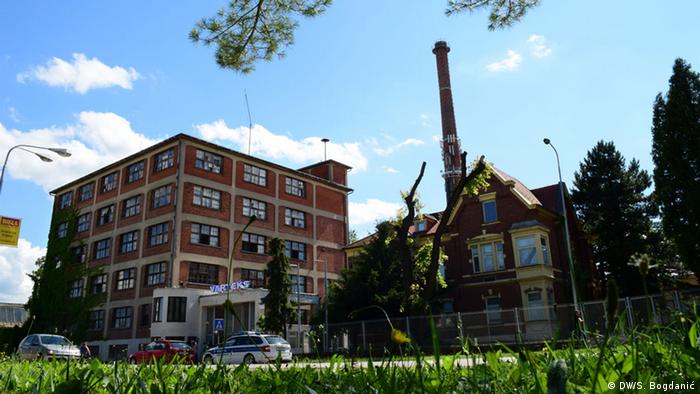 A forced smile, and then they turn away - not one of the textile workers at the Croatian firm Varteks in Varazdin is willing to talk to DW about their situation, not even through a union mediator.

A union spokesperson tells us that most of the seamstresses say that "things could be even worse," which is why they refuse to talk to us.

Varteks has been making garments for German luxury brand Hugo Boss since 1994. Its webpage proudly states that the firm is "one of the most reliable partners of this great fashion house." Varteks says it managed to secure 1,800 jobs despite the financial crisis - partly because of orders from abroad.

Requests by DW to talk to someone in the company about pay went unanswered. Varteks CEO Zoran Kosces is also president of the association of the textile industry within the Croatian Chamber of Economy (HGK). There, we're told that the average gross monthly pay is 5,082 kunas, which is about 669 euros.

HGK spokesperson Branka Prislic did not want to comment on the allegations made against Hugo Boss and its local partners by the "Clean Clothes Campaign." 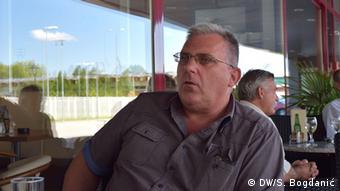 In reality, the wages are even lower, according to the head of the Union for the textile, shoes, leather and rubber industries, Nenad Lecek. "Varteks pays its seamstresses between 2,500 and 2,600 kunas after tax. That's for a full-time position. "Some are lucky and get to do some weekend shifts to boost their income," he says, quoting findings from an anonymous study conducted by the union a few years ago.

"The average salary is higher, because directors and foremen earn a lot more," he explains.

Seamstresses in Croatia generally earn a pittance, Lecek says. "Some employers make them do two to three hours of overtime a day, and they often work Saturdays too. They work up to 60 hours a week, for very little money," he says.

"Most of the women don't last, they get laid off very quickly. And then they have to live on benefits."

The "Clean Clothes Campaign" had accused Hugo Boss and other fashion labels of paying less than the minimum wage in several eastern European countries. Hugo Boss had denied the allegation in a written statement requested by DW.

Varteks does pay the minimum wage in Croatia, but it still begs the question of how you can possibly live on such a low salary, with the cost of living similar to that in Germany.

The Croatian Chamber of Economy simply says that the salaries reflect the relation between supply and demand. But Sanja Sarnavka, who chairs the Croatian NGO "House of Human Rights" begs to differ.

"That's the market that those in power have created, with all its rules," she points out. "Everybody is allegedly all for human rights, but they're being violated all the time."

There is no public debate about how the standard of living of these underpaid workers could be improved, she says. "Instead they say 'be glad about having a job at all'." But they can only survive if their husband or children work in better-paid sectors.

Sarnavka says many seamstresses only get short-term contracts in factories that work with the big international labels. "If one of them dares speak up, she'll be removed from her place of work, as hundreds of women are already queueing up for her job."

Croatia, which has been an EU member since last July, is grappling with high unemployment, with one in five people out of a job. 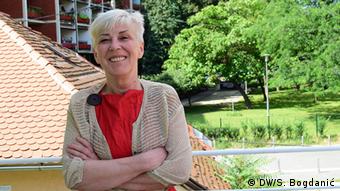 Activist Sarnavka says workers are afraid to speak up

Sarnavka tells DW that Croatians are very hesitant when it comes to standing up for their rights at work. People don't take to the streets for low salaries - if it hadn't been paid for months on end they possibly would.

There is also a new bill in parliament aimed at making the Croatian labor market more flexible, which means reducing workers' rights even further, Sarnavka says. If signed into law, employers could even dismiss pregnant women without giving a reason, she explains.

There is a lot of criticism on social networks, but outside the Internet nothing much happens. "Workers regularly call us at the House of Human Rights and complain about their working conditions," Sarnavka says. "But when we ask them what they want to do about it, they say 'nothing'. They just want someone to listen, but no one wants to go down the legal route for fear of dismissals."

Hundreds of thousands of women in Croatia are looking for a job, so that fear is not at all surprising. Once you've been laid off, it is very hard to find a new position, especially when you are over 50.

To mark the first anniversary of the collapse of Rana Plaza, a factory building in Dhaka, on April 24 last year, two women from Bangladesh were in Germany to appeal for compensation for the victims. (23.04.2014)