Ghana has stepped up efforts to halt the smuggling of pirated textiles from China. The quantity of pirated cloth sold cheaply has forced several local manufacturers out of business. 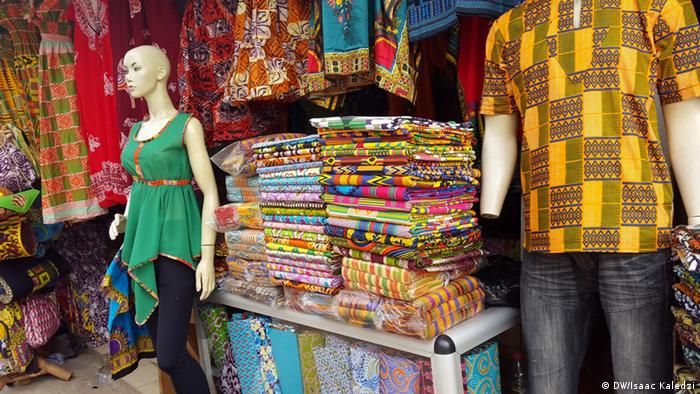 No Ghanaian market is complete without a wide range of colourful cloths and fabrics that tempt passers-by to part with their money. The famous art and textiles market in the capital Accra is no exception. Among the many designs on show is the famous Kente fabric popular among the Akan people. It is a silk and cotton fabric worn on special occasions. This and many other fabrics known collectively as African print are produced locally. However the textile industry in Ghana is increasingly facing competition from cheap copies smuggled in from abroad, especially from China.

John Amoah is the assistant brand protection manager at Akosombo Textiles Limited which produces African print. "We have a situation where unidentified people take the brand logo of the local manufacturers, send it outside, print it and then they smuggle it into the country," he told DW. Customers who see the label GTP or ATL think they are buying original material but in fact the textiles are fakes. 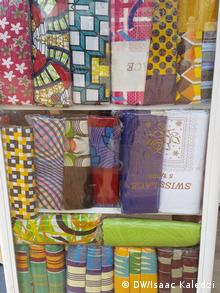 These examples of textile design are all genuine

The influx of cheap fakes has hit local manufacturers hard and some have even been forced out of business. In response, the government has set up a taskforce to hunt down the fake textiles and remove them. The move is in line with World Trade Organization regulations but not all traders approve. Faustina Amoakwah, for example, points out that it is not only textiles that come from China.

"We are in Ghana, we import a lot of things, even in parliament we have chairs from China," she told DW. "So if you are telling us not to buy 'made in China' goods, then what are you telling us?"

Fellow trader Nora Asiedu thinks local textile producers should be given easy access to credit so they can boost production and increase their exports.

John Amoah says it is not just a matter of preventing the theft of local manufacturers' intellectual property, there are also health considerations.

"The Ghana Standards Authority is there to protect people - but who checks which chemicals have been used for the production of such [pirated] products?" he asks. "That is why it is so important that if a company produces this type of product, that company needs to identify that product so that if somebody buys it and there is a problem, the person can take that company on." 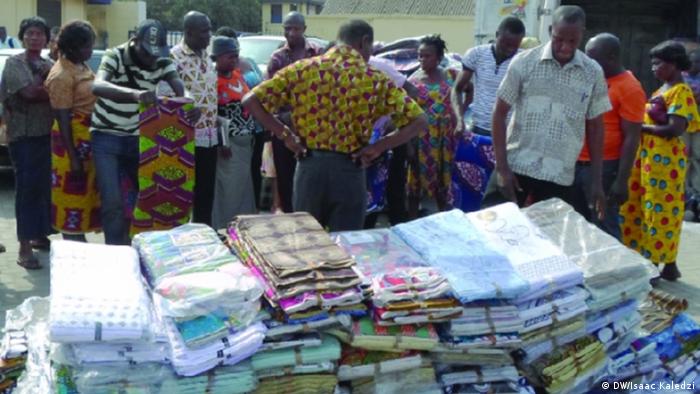 Critics of the government taskforce argue that confiscating the fake products and burning them is not the answer. That prompted a local technology company mPedigree, with the support of Premium African Textiles, to develop a new system called the GoldKeys technology to help traders and consumers determine which fabrics are not genuine.

A scratchable panel on the label of a fabric reveals a 12-digit code. That code is then sent as a text message to a toll-free number. According to Stephen Badu from Premium African Textiles, there is an instant response to say if the produce is genuine or a fake.

Stakeholders in the textile industry are showing interest in the system but it could still be some time before fake fabrics disappear from shops and markets throughout the country.

Germany has placed second in a ranking of the top countries of origin for counterfeit products. The damage to businesses in the engineering sector is estimated at 7.9 billion euros. (11.08.2014)