Love for the Forests Deeply Rooted in German Psyche

Throughout their history, Germans have had a fascination and love of forests and trees. The country's woodlands and glades have been an inspiration to writers, philosophers and everyday citizens alike. 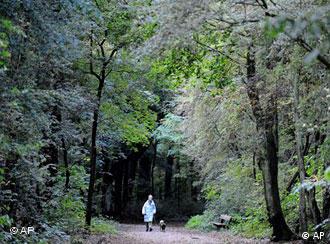 Germans love to whittle away time by walking through the woods

In the works of such poets as Rainer Maria Rilke, trees stand undaunted in the mysterious German forest, permanently providing shelter and succour, wilderness and nature.

Virtually every German town has woods on its outskirts, originally planted to provide timber for construction.

As one forester put it: "The woods are not some remote ideal to be approached in literature or hiking boots, but an intimate part of even the most urbanized life."

"Forest fascination" is associated with the nation's treasury of sagas and fairy tales, where robbers hide out in the woods, bad wolves devour grandmothers and little girls in red-riding hoods, and children lose their way in the thickets and stumble into the hands of evil witches. 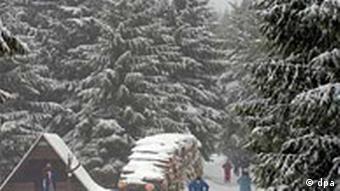 Forests can be enjoyed all year round

Mythical glorification of trees first reached its zenith in the songs, prose and paintings of the Romantic period. The Nazis were likewise obsessed with the concept of the forest.

In 1935, Hitler's deputy and later war criminal Hermann Goering, from his forest hunting retreat, said: "We have become used to seeing the German nation as eternal. There is no better symbol for us than the forest, which has and always will be eternal.

"The eternal forest and an eternal nation -- they belong together," he said before the defeat of the totalitarian Nazi state.

But in a Germany decimated after World War II, Germans still kept heading to their beloved forests.

"It was there," argued Berlin journalist Klaus Hartung, "that the German soul was able to exhale everything that it had inhaled during the history of Germany." 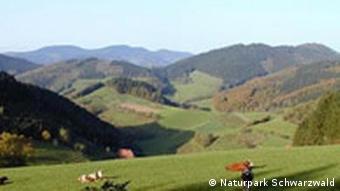 The Black Forest has become part of German folklore

By the late 1970s the decline of the forests had become apparent. In the 1980s in Bavaria alone, 2.5 million hectares of woodland had been visibly damaged by pollution.

Vast numbers of trees in the fabled Black Forest of Baden-Wuerttemburg were under threat. The German word for it is "Waldsterben," or forest death.

One-third of the western part of the country's surface area is forest land.

The shock ran deep when reports became commonplace that the spruce and fir were dying. Acid rain, an airborne poison that originates in factories, power plants and automobile engines was blamed.

In a chemical reaction still not fully understood, when the sulphur dioxide and nitrogen are brought down out of the atmosphere by rain, the resulting liquid renders both water and soil unable to support tree life. 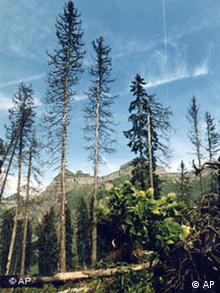 Groups such as the German Association for the Protection of Forest and Woodlands campaigned to save the woods.

Dozens of other environmental groups, including Robin Hood, the Black Forest Union and the Freudenstadt Action Unit Against the Dying Forest, were dedicated to saving trees.

Ex-chancellor Helmut Kohl warned 20 years ago: "The damage to our forests is dramatic. Our forests are of inestimable importance for the water cycle, for our climate, for our health, for our recreation and for the identity of the German landscape.

"If we do not succeed in saving our forests, the world in which we live will be changed beyond recognition," he told the German Parliament. 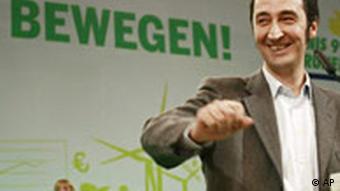 Since then, an environmental revolution has taken place. Power plants' smoke is filtered, and catalytic converters have been installed in cars, reducing emissions.

Germany's Greens party has also helped bring about change. Now, Germany is the global market leader in wind and solar energy, and is a pioneer in climate policy, hosting regular, lively debates on environmental policies.

That does not mean the nation's forests are now suddenly glowing with health. The latest tree vitality measurements in German forests reveal that the picture remains grim due to the influence of climate change and drought.

But at least for now more attention is being paid to the problem.