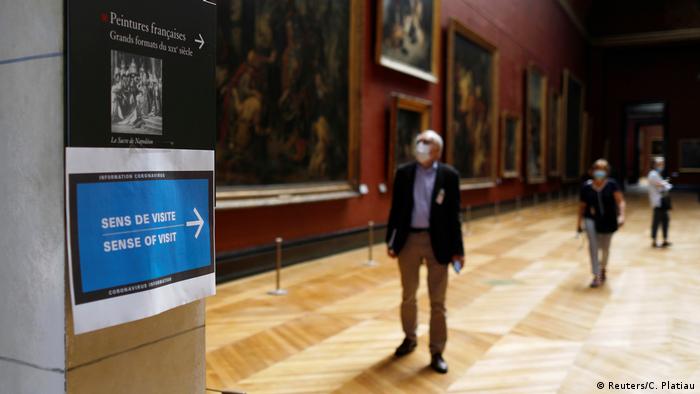 The Louvre museum in Paris reopened on Monday after 16 weeks of closures due to the coronavirus pandemic, though much of the museum remains off-limits.

While popular attractions like Leonardo Da Vinci's the "Mona Lisa" and the Louvre's massive antiquities collection will be accessible, other galleries where social distancing is difficult will remain closed, leaving nearly a third of the museum's galleries inaccessible to the public, the museum said.

To avoid the typical crowding for a selfie in front of Da Vinci's masterpiece, the museum said it had installed markers on the floor to keep visitors at a safe distance from each other. Arrows have also been placed throughout the museum, located in the vast former palace of France's kings, to keep crowds moving smoothly and safely. Doubling back is not allowed, the museum said.

The world's most visited museum has lost over €40 million ($45 million) in ticket sales over the near-four-month lockdown.

Due to the intensity of the coronavirus outbreak in the US, a travel ban for Americans remains in effect in EU countries. Previously the largest demographic of visitors to the Louvre, their absence will be felt this summer.

Martinez said the museum will strive to make up for the loss by attracting more French visitors. The Louvre is in the midst of redefining its image as it seeks to move away from its elitist reputation before the Paris Olympics scheduled for 2024.

Martinez said he hopes to build on the success of the Louvre's outpost museum in Lens, a poor former mining town in northern France.