Loss and depression in Turkey′s Kurdish southeast | World | Breaking news and perspectives from around the globe | DW | 16.09.2016

Tom Stevenson reports from Diyarbakir in southeastern Turkey, where a city and its residents are suffering from the aftermath of a brutal conflict and an overbearing police presence. 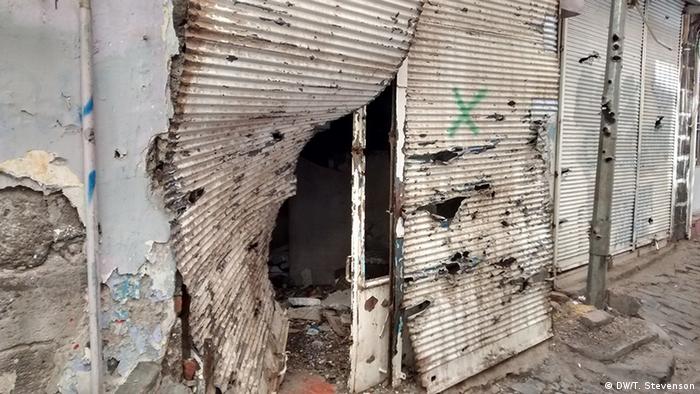 Over the past year, Turkey's Kurdish southeast has experienced a level of desolation almost unknown outside of active war zones. The historic city centers of Nusaybin, Cizre, and old Diyarbakir have been razed, leaving gaping holes in the cities visible from the air. The entire city of Sirnak has been leveled, so that the landscape now resembles Guernica or Homs.

Since restarting the conflict in July of last year, the Turkish state has fought a campaign across the region against Kurdish militants linked to the banned Kurdistan Workers Party (PKK) using highly effective, though brutal, military tactics.

The damage has been great and some 2,000 lives have been claimed in the fighting, but the insurgency has now mostly been beaten back to Turkey's rural periphery. Only in Hakkari province does the war continue in full force, and in the mountains of Northern Iraq where the Turkish army conducts daily air strikes on PKK bases, sometimes claiming dozens of kills.

In Diyarbakir, resentment of both the Turkish state and the PKK runs high and residents with a sense of irony ask if the government destroyed the cities in order to save them.

The city has always been a tense place, but at present the sense of depression is unmistakable. Aside from the physical damage to the city, the economic and psychological tolls of the conflict have left deep scars.

"Sur is like a dead town now," said writer Omer Faruk, using the name for the area of old Diyarbakir, where he has lived the last three years. "It used to be that it was full of life, but now it's difficult to even walk alone at night: it's very depressing.

"There are lots of police checkpoints now inside Sur and Turkish flags everywhere. Every day they check our bags and IDs - it makes daily life very difficult," he added.

Since the state of emergency was declared in the wake of a coup attempt in July, the already ample security forces presence in the city has become greater than ever. Residents know that at any moment the internet might be cut or a plainclothes policeman might ask for their ID.

"You walk past the police eyes down: if you look up at them at all, they bother you," said one local journalist, who has lived in the city for more than 20 years. 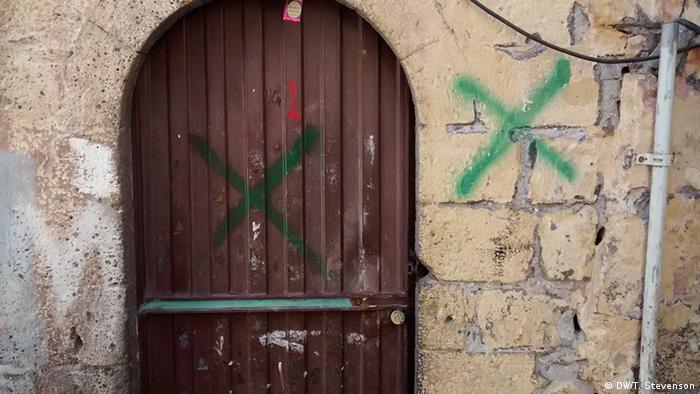 In Diyarbakir's basalt-walled historic center of Sur, children swim in the fountain in Anzele park and play with toy guns around the ruined neighborhoods - an imitation of the past year's fighting - but few other signs of joy are visible.

Earlier this month 11,285 teachers were suspended from their jobs by the government for allegedly supporting the PKK, and throughout the city there is talk of loss, even if it is just of property or position.

Among the areas not razed by the state, the damage is most severe in parts of the city where support for the Kurdish nationalist movement is strongest, such as the Lalebey neighborhood or the aptly named Savas (war) neighborhood in eastern Sur.

In the eastern half of old Diyarbakir, the houses that remain standing have green crosses painted on the doors to mark that they have been searched by the police. Most have been expropriated by the state, but if not, the damage inside is usually enough to mean residents can't return.

The government has accused the municipalities, all 25 of which were run by Kurdish Democratic Regions Party (DBP) candidates, of financially supporting the PKK.

Jailed PKK leader Abdullah Ocalan has called on Turkey to resume failed peace talks. The spasm of violence since a ceasefire broke down last year has threatened to thrust Turkey into civil war. (12.09.2016)

But the move has not gone down well in Diyarbakir. The city authorities were elected with big majorities, and in nearby provinces, the state trustees have had Kurdish-language signs taken down from municipal buildings and have hung Turkish flags from the windows.

Every night there are protests against the takeover across the city.

"This isn't lawful. It's only possible because there is a state of emergency in Turkey, and what we have here are occupation forces taking over the democratically elected local governments in the Kurdish areas," said Ramazan Tunc, chief adviser to DBP's co-president Kamuran Yuksek, who is currently imprisoned in pretrial detention.

"Of course [the Peoples' Democratic Party], the DBP, and the PKK are ideologically the same, but despite what the Turkish state says, that's a mainstream political position in Kurdistan," Tunc told DW.

"They have had a long time to investigate this matter and have produced no evidence whatsoever of corruption or siphoning municipal funds to the PKK. Where are the prosecutors saying this? Where are the judges? Produce the evidence if there is any," he said.

Looking for an answer

On Monday, for the first time since the conflict restarted, a message was carried to Diyarbakir from Abdullah Ocalan, the widely followed founder of the PKK, who is currently imprisoned on an island in the Sea of Marmara, where he has been held in isolation since April of last year.

Expectations were high when Ocalan's brother Mehmet arrived to a hero's welcome at the DBP's headquarters in Diyarbakir, with chants of "victory through resistance."

But despite the chants, Ocalan's address disappointed many in lacking a change of course or a definite proposal for action.

"If the state was sincere, this many people would not have to die," Mehmet Ocalan said, quoting his brother. "Let the state send two of its men to Imrali and we can solve this problem within six months. This is a blind war; let the bloodshed and tears stop."

Many in attendance were looking for more after 18 months of enforced silence from Ocalan during the time the war raged.

"The key point is that Ocalan is safe and in good condition and that the movement declares it is ready to negotiate an end to the conflict," said one DBP official when asked for an explanation. "Oh, and that we will continue the struggle."

Reporters Without Borders on press freedom in Turkey