Erika Steinbach, who's been with Chancellor Merkel's CDU for 43 years, has strongly criticized the leader's handling of the migrant crisis. She claims conservatives have been sidelined in Germany's main ruling party. 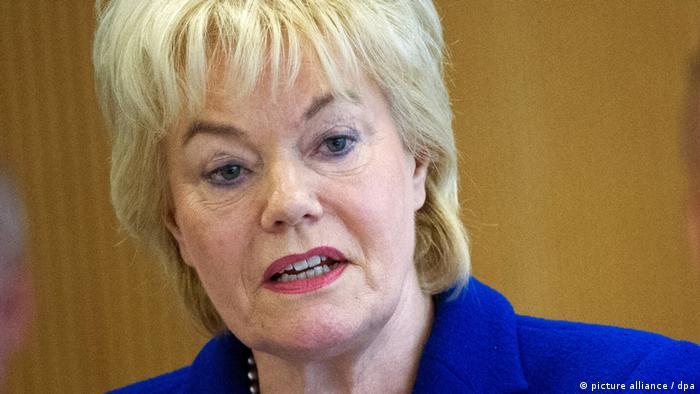 Steinbach, who is the Christian Democrats Union's (CDU's) human rights spokesperson, has stepped down from the party, she revealed in an interview with a German newspaper on Saturday.

Erika Steinbach has caused a social media firestorm by posting a picture some have labeled xenophobic on Twitter. The parliamentarian has refused to back down, even as she faces critique from within her own party. (29.02.2016)

German Chancellor Angela Merkel was forced to exercise damage control after a senior member of her party and head of an organization representing German WWII expellees insulted a Polish Holocaust survivor. (17.09.2010)

Expellee leader Erika Steinbach has won considerable concessions from the government over the future of a new expellees museum in exchange for renouncing her claim to a place on the advisory board. (11.02.2010)

The 73-year-old has fallen out several times with Chancellor Angela Merkel over the German leader's "open door" policy towards migrants, which saw nearly 1.2 million new migrants reach the country over two years.

Steinbach, who represents the CDU in one of two constituencies for the city of Frankfurt am Main, said that allowing so many people into Germany for months without identifying them properly went "against our laws and against EU treaties."

"Would I vote CDU at the moment? No. Would I join the CDU today? No. I can only draw the honest conclusion of leaving the CDU," she told "Welt Am Sonntag" (WaS) newspaper.

"At the Federal Office for Migration, thousands of thousands of passports have been identified as counterfeit, without the legal consequences for the respective migrants being drawn. There is a political will behind it."

A former president of an association representing Germans expelled from their homes after World War II, Steinbach told "WaS" that the asylum law had been abused, allowing "terrorists" to infiltrate the system. 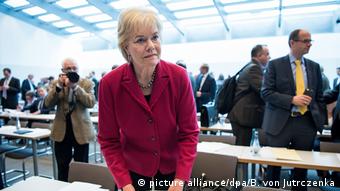 Steinbach, who joined in the CDU in 1974, has had several run-ins with her party over the bailouts for Greece.

In her newspaper interview, she also accused the party of leaning too far to the left, saying that conservatives like her had been "deliberately marginalized step by step, even stigmatized."

But Steinbach says she's not tempted to join the anti-immigration Alternative for Germany (AfD) party, which has grown in popularity over the past three years.

She hoped, however, that the AfD would enter the federal parliament in September's expected election "so that there is finally an opposition there again."

Last year, Steinbach came under intense criticism from some quarters after she tweeted an image that many considered xenophobic.

Netherlands: Another night of riots over coronavirus curfew 3h ago