Local politicians have experienced more and more personal threats from the far right for carrying out their legal duty to house refugees. Now municipalities want the law to recognize "politician stalking" as a crime. 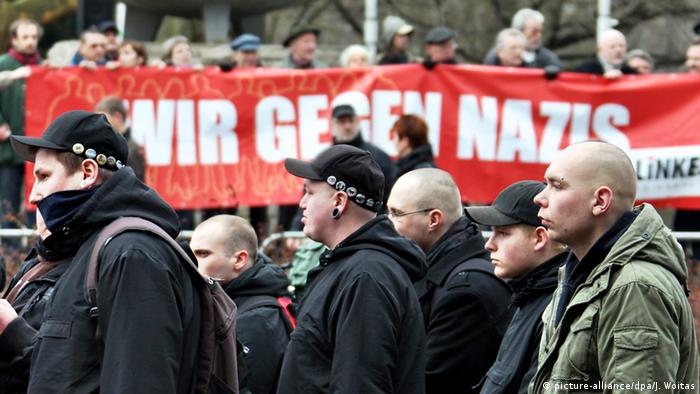 Germany's local politicians and public servants need better legal protection against personal attacks from the far right, according to the German Association of Towns and Municipalities (DStGB). The umbrella organization, which represents some 11,000 local councils across the country, held a press conference this week calling for a new law to recognize "politician stalking."

"When mayors are being threatened and followed, without being able to defend themselves, then of course they start asking themselves why they even take the office," said Winfried Manns, director of the DStGB in Rhineland-Palatinate.

The DStGB identified one incident last year as the "unhappy climax" of this trend: The near-fatal stabbing of Cologne mayoral candidate (now mayor) Henriette Reker during the final stage of her election campaign in October 2015. 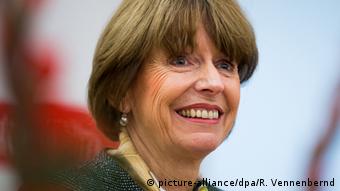 But there have also been signs of a new lack of respect for public officials. Last week, three men tried to hinder firefighters as they tried to put out a fire set in a planned refugee home in Bautzen, Saxony. Meanwhile, police in Clausnitz, Saxony, said last week that they had been laughed at after ordering a crowd that was blocking a bus full of refugees to disperse.

"We've had cases where the mayor and local councilors have been intimidated by people standing in front of town halls. There have been people following their wives to school, calling them at night, threatening them by phone and by mail," said DStGB head Gerd Landsberg.

Landsberg said there was no way of knowing whether all these threats came from the far right, but said it was a safe assumption, since the threats were almost always connected to accommodating refugees. "As municipalities we have a legal duty to find shelter for them, and a lot of people don't like that, and as a rule you can say they're right wing, yes," he told DW.

Landsberg also said that the "politician stalking" had also led to resignations among local politicians, particularly in smaller communities where many public servants carry out their duties part time or without pay. He added that there were no figures for such resignations, not least because councillors prefer to keep their names and their motives out of the papers in such cases.

The most famous such case was that of Markus Nierth, a politically independent theologian who had been mayor of the municipality of Tröglitz, Saxony-Anhalt for six years. Nierth resigned in March last year after the local council, which included members of the far-right National Democratic Party (NPD), granted permission for a demonstration to be organized outside his home. He cited his family's safety as the reason.

"My wife and I became a personal target," Nierth told news agency DPA at the time. A month later, the building in Tröglitz that was supposed to become a home for 40 refugees was set alight. 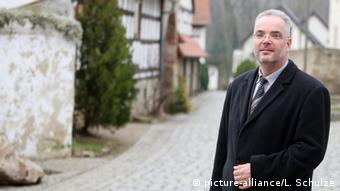 Local councils - the front line of the refugee crisis

The DStGB would like to see the German Criminal Code make an explicit link between stalking and holding public office - making "political stalking" a specific crime distinct from personal stalking.

In a 14-page report, the DStGB pointed out what it called "substantial punishability gaps" in the current law. Strangely enough, while insults can often be pursued legally, direct threats can't - especially if they are vaguely worded. "Threats to commit an attack ('we'll put you in hospital') or diffuse threats ('don't feel too safe,' 'we can attack any time') are not prosecutable under the current law," the DStGB report found. As a result, while in most cases the threats are not carried out, they create a psychological burden, and victims suffer from "permanent fear for themselves and their families."

"It's not about the insults, it's about the violation of private life," said Landsberg. "Under the current law, stalking is defined as a constant impairment to someone's life, and that's very hard to prove, and that's what we want to change."

Germany's state governments and local councils are responsible for administering the arrival of refugees, which includes registration, finding accommodation, and providing them with food and medical care. This means they have also taken most of the heat from the far right and those opposed to the federal government's refugee policy. The pressure has sometimes erupted into slightly farcical political stunts - as when Bavarian councillor Peter Dreier drove a bus full of refugees to the chancellery in Berlin in mid-January.

A nationwide survey has said that the center-right CDU boosted its popularity since the start of February. At the same time, the anti-migrant AfD may have finally stalled in its march of increasing popularity. (26.02.2016)

It's been reported that many refugees never move into their intended accommodation after registering in Germany. It comes as Berlin tightens up laws regarding asylum. (25.02.2016)

A senior employee and a security manager at the main Berlin refugee center have been arrested on charges of corruption. Media reports suggested employees at the center regularly received bribes. (25.02.2016)