Environmentalists fear pollution from the Gonio landfill is seeping into the air, soil and waters of the Black Sea. But government plans to close it have left many waste pickers worrying about an uncertain future. 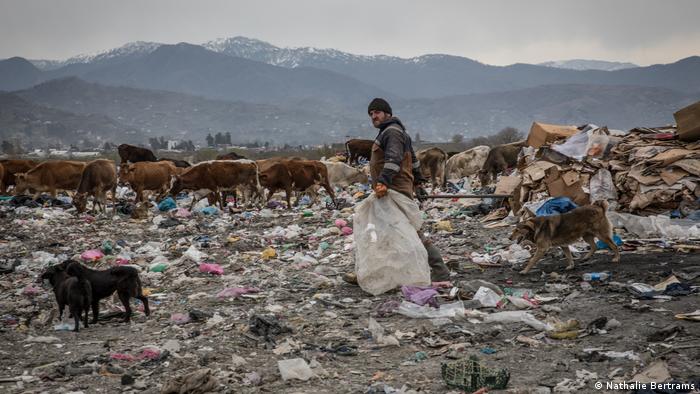 Workers risk their health for little pay rummaging through the trash

"Look at what we have done to our Earth," said Gocha Dumbadze, walking across the mountain of household and industrial rubbish known as the Gonio landfill. Seagulls screech overhead as a truck dumps bags of food scraps, cans, engine oil and broken glass. The stench of burning waste fills the air. A herd of cows chew on plastic bags.

The dump lies 10 kilometers (6 miles) from Batumi, Georgia's second-largest city, sometimes referred to as Las Vegas on the Black Sea for its casinos. What began in the mid-1960s under the Soviet occupation as an unofficial dumpsite has now grown to cover roughly 300,000 square meters (74 acres) and tower 12-15 meters (nearly 50 feet) into the air. 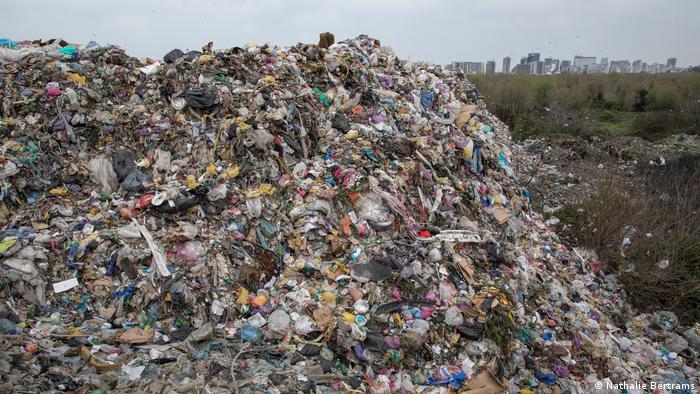 The skyline of Batumi, Georgia’s second-largest city on the Black Sea, is visible behind the trash heap

Dumbadze, a 34-year-old day laborer and community activist, lives directly beside the landfill in a shack he built with material from the dump. Twenty other families also stay here to earn money from waste picking. Most are driven there by poverty or gambling debts. Others have fled uncertainty in Abkhazia, a Russian-backed breakaway republic of Georgia.

"It's an ecological disaster," said Dumbadze, pointing to a bright green pond they use as a water source. He believes the well is polluted by the landfill and said local children became ill after playing next to the water. Polluting the air, soil and sea

The country generates 1,117,396 metric tons of waste annually, which ends up spread among 33 landfills and 1,100 illegal and unregulated dump sites. Last year 83,838 tons of trash from the surrounding southwestern region of Adjara were dumped on Gonio, which is the responsibility of Batumi municipality and operated by LLC Sever, a waste collection company.

But according to the World Bank, Gonio — which like many landfills in the country lacks proper management and is not compliant with EU sanitary standards — is currently the largest and most dangerous dumpsite in Georgia.

Some decades ago, 70-year-old Natela Beridze and her husband owned and farmed cows. When people started dumping trash on Gonio, she said agriculture near the area became impossible as the land and the water became toxic. "But no one has helped us," said Beridze, adding the couple turned to picking trash to support themselves. 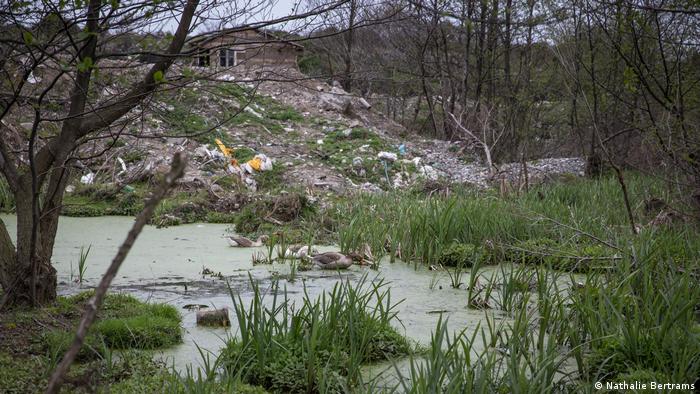 Runoff from the rubbish dump is used as a water source

"The Gonio landfill is one of the main polluters in the region. It pollutes the air, soil and sea," said Kakha Guchmanidze, an independent ecologist and waste management specialist. According to Guchmanidze, the landfill has never been equipped with appropriate waste management systems such as a lining, incinerators, methane oxidizing filters, treatment stations for toxic materials or even simple fencing and enclosures.

Toxic water has been found leaking into the nearby Chorokhi Delta, a valuable ecosystem and important area for migratory birds that flows into the Black Sea. Sea animals, including iconic species such as bottle-nosed dolphins and sturgeons — already threatened by overfishing and habitat degradation — are impacted by increasing pollution. 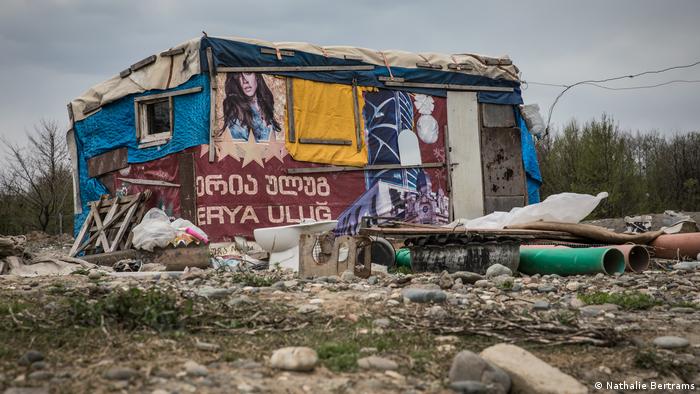 Unmanaged landfills can also have severe consequences for the climate. The gas produced when organic waste decomposes is made up of 40-60% methane, which is significantly more potent for global warming than carbon dioxide. The decay of organic trash contributes to approximately 5% of global greenhouse gas emissions, according to the UN Environment Program.

The dump is also a public health concern. Up to a hundred people work on the landfill as day laborers, often without protective equipment or health insurance.

"The work is very dangerous," said Mirza, as he searched for bottles, metal, aluminium and copper. He sells them for €5.45 ($6.30) per bag to a recycling company in Batumi. Like many of the workers, he bears scars and burns from rummaging through toxic waste. 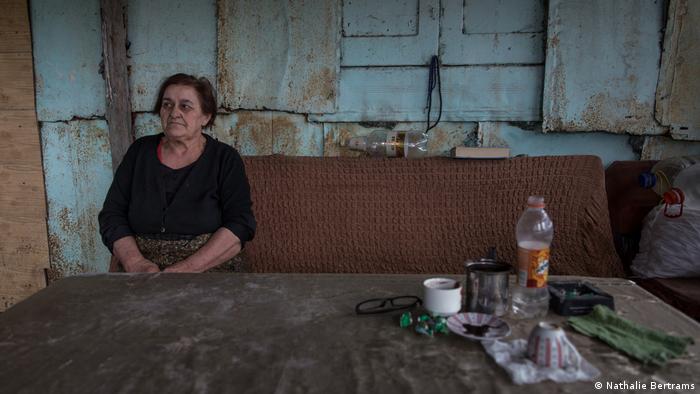 "There are no sanitary standards on the landfill, and it is really urgent to close it down as soon as possible," said Tornike Kutchava, Adjara's deputy minister of finance and economy. He confirmed that toxic water is leaking into the Black Sea and that hazardous material may end up in the food system.

UNICEF reported in 2019 that 80% of children in the Adjara region had dangerously elevated levels of lead in their blood and suggested a potential link with hazardous sites such as landfills in the country. 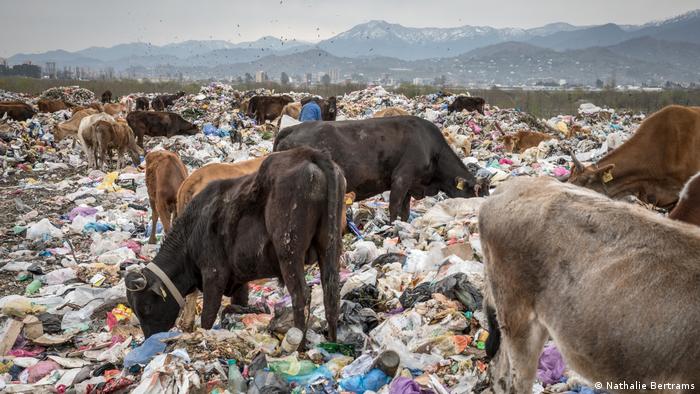 Animals such as cows roam the dump chewing on plastic rubbish

According to Kutchava, the new site in Tsetskhlauri, around 45 kilometers north of Batumi, is under construction and will open in 2022. It will comply with EU environmental standards and be outfitted with, for example, a methane gas collection unit.

Since 2019, all municipalities in Georgia are required to have a waste separation system in place. But according to ecologist Guchmanidze, this has not materialized. "A gradual transition to the principles of a circular economy would be the best solution for sustainable waste management," he said. 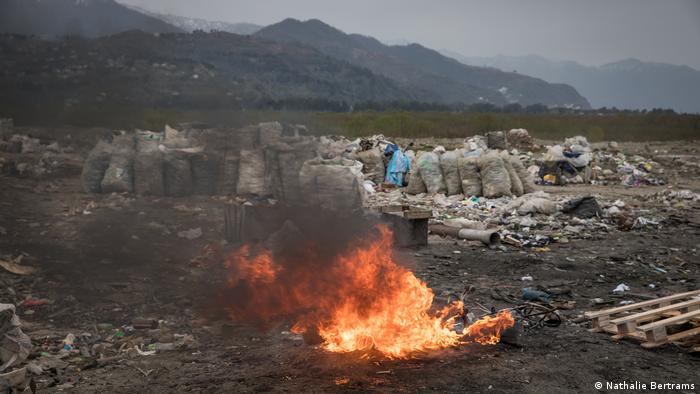 Toxic fumes are released when trash is burned at the landfill

While Mirza believes in the benefits of recycling, he fears that the new government plant — which is too far away for him to travel to every day — will take away his income. He wants to stay working at the landfill, even if it is dangerous.

Dumbadze has little trust in official promises and said no one has come to talk with the people at the landfill. People such as Dumbadze, who are living on the Gonio landfill, are not included in government plans or entitled to compensation, according to a spokesperson of the Ministry of Finance and Economy in Adjara.

"We will stay with nothing, and just continue to live on the trash dump," predicts Dumbadze, who stands with Mirza next to a fire burning tires and plastic, emitting acidic-smelling black smoke.

Picking up trash from riverbeds and beaches has become a popular activity around the world. But do cleanups really help tackle the growing problem of plastic pollution? DW's Brigitte Osterath reports from Honduras.