Lithuanian diplomats in China returned to Vilnius for consultations, according to the Foreign Ministry. Vilnius called back its diplomats in response to Beijing's efforts to downgrade its embassy. 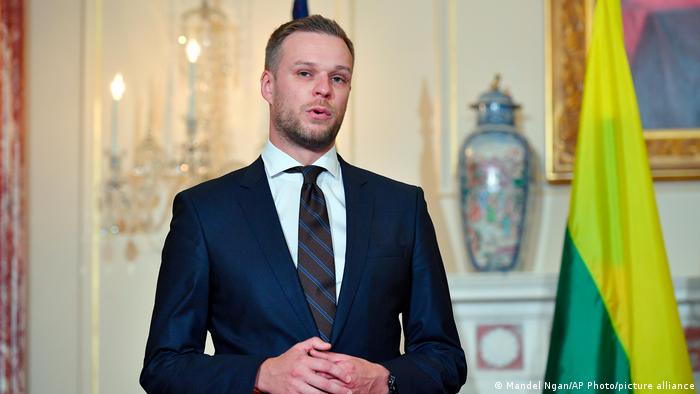 According to a statement on the website of the Lithuanian Foreign Ministry, the country's "Charge d'affaires ad interim in China, Audra Ciapiene, returns to Vilnius for consultations."

Reuters reports all 19 Lithuanian Embassy personnel and dependents left Beijing and were on a plane to Paris. A diplomatic source said they left due to "safety considerations" in response to "intimidation."

Foreign Minister Gabrielius Landsbergis confirmed the diplomats' departure in a press briefing. He responded to a question about the reports of Lithuanian diplomats facing pressure in China, "Uncertainty creates various possible interpretations."

Landsbergis added, "I want to say very strictly that this is not the closure of the embassy."

Local news outlet Delfi reported that the ministry said there were currently discussions between Beijing and Vilnius regarding the status of the countries' diplomatic missions in the other's respective capital. Vilnius is awaiting a decision as to whether Beijing will extend the accreditation of Lithuanian diplomats in China.

In the ministry's statement, Vilnius said the embassy would operate remotely for the time being and consular services for Lithuanian citizens in China would continue but in a limited capacity.

"Lithuania is ready to continue the dialogue with China and restore the functions of the embassy to their full extent once a mutually beneficial agreement has been reached," the statement said.

Last month, Taiwan opened a representative office, a de facto embassy, in Vilnius with permission from authorities there. It was the first time in 18 years Taiwan had been permitted to do so on European soil.

China and Lithuania spar over contacts with Taiwan

China views Taiwan as a breakaway province and reacted with fury to the challenge to its official "One China" policy.

In late November, China downgraded diplomatic relations with Vilnius,recalled its ambassador permanently and labeled the Lithuanian ambassador in Beijing persona non grata, effectively forcing him back to Vilnius.

As a small nation that spent half of the last century occupied by an authoritarian giant next door, Lithuanians share and can relate to many of the fears Taiwan experiences.

In September, the Defense Ministry advised Lithuanian consumers to ditch their Chinese-made smartphones. The country's cybersecurity agency had found a censorship tool that could be triggered at any time without warning, officials said.

As Vilnius expands its 5G networks, Chinese firms have been excluded due to "safety reasons." Early last year, Vilnius left the Chinese-Central European economic cooperation forum 17+1, the only country to do so to date.

In November, Landsbergis, told reporters, "economic relations established with democratic states are more sustainable and long-lasting," because "they are more based on the principle of rule of law," and "therefore they are more in line with Lithuanian interests."

Kai-Olaf Lang, a Baltic affairs specialist at the German Institute for International and Security Affairs (SWP), told DW Lithuania can afford the stance it does because just 1.1% of its exports last year were sold to China.