Lisbon: From refuge to home

The city on the Tejo was a haven of hope for Jewish and politically persecuted refugees. They came to Lisbon to travel overseas to the US and elsewhere - anywhere to escape the Nazis. But a small number stayed. 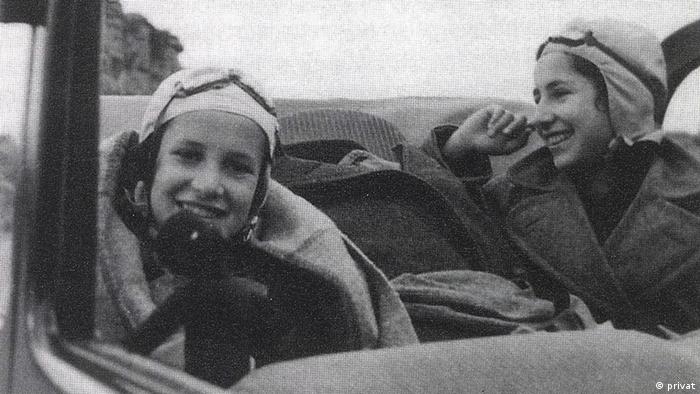 The small black and white photograph in Ruth Arons' hand was taken in 1935. It shows the 13-year-old Arons and her 10-year-old sister Ellen on the backseat of a convertible on the way to Portugal.

"When the car drove off I was relieved and excited at the same time," the lively 90-year-old woman with bright white hair recounts.

We meet in Arons' apartment in a high-rise building in the elegant district of Amoreiras in Lisbon. Her recollections criss-cross our conversation. She speaks flawless, pictographic Portuguese and occasionally answers in German - the language she never lost.

A cupboard filled with books stands in her living room. German classics can be seen: a German Brockhaus encyclopedia, books on philosophy and politics, and a cookbook from her grandmother.

These books arrived among the other items of property which her family brought to Lisbon before her grandmother also left Germany - after the Night of Broken Glass in November 1938. 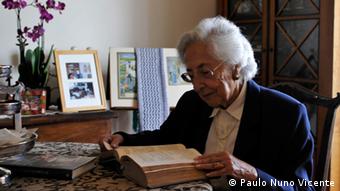 Even today, Ruth Arons can still smell and taste the dishes that her grandmother cooked for her over 80 years ago.

The 90-year-old remembers exactly: Adolf Hitler had been German chancellor for just two months when, on April 1, 1933, a propaganda campaign was launched across Germany to boycott Jewish businesses, doctors' practices and law firms.

"My father Albert was a lawyer and was immediately affected. He was banned from practicing. The atmosphere was terribly tense back then," she says. Arons was 10 years old and did not understand what it all meant. But, as she recalls, she felt a deep sense of unease.

Things also changed among the children. "We attended high school in the Charlottenburg district of Berlin. Our parents took us out because of increasing discrimination and sent us to a convent school. The Catholics seemed friendlier to us. But we were wrong. The non-Jewish girls were forbidden to have contact with their fellow Jewish schoolchildren. In the end I was really happy to leave Germany," Ruth Arons recounts.

He father suspected quite early on the direction in which political developments in Germany were headed. He had read Hitler's "Mein Kampf" and took it very seriously. He resolved to leave Germany together with his wife and children as long as it was still possible.

The family said goodbye to everything precious and dear to them, from the hopes and dreams of an entire life. The Arons left on their 3,000-kilometer journey to Lisbon in a convertible. Their first stop was Switzerland, for Christmas, where the parents informed the two sisters that they wouldn't be returning to Germany. 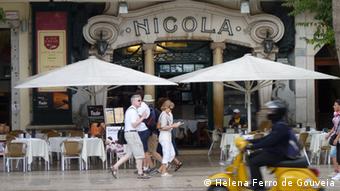 Nicola Café was a popular meeting place for refugees

Ruth Arons still remembers the great sense of relief she felt. The journey was a kind of adventure for her. They went to Paris in search of relatives and then headed further south.

Back then, the city on the Tejo River was a serene, southern town accommodating 600 refugees all hoping to acquire a visa in order to travel further afield. A large wave of immigration came four years later when tens of thousands of persecuted people arrived after France was occupied by German forces.

Somewhat symbolically, the Arons first lived in a guesthouse on Avenida da Liberdade, or "Freedom Avenue." "We didn't know anything about Portugal, just Port wine, cork and sardines, nothing more. Of course we also couldn't speak a word of Portuguese," Arons says.

But the peaceful, light-flooded Lisbon, steeped in music, provided a warm welcome for refugees from Germany. The Portuguese people were helpful and there were few bureaucratic hurdles. 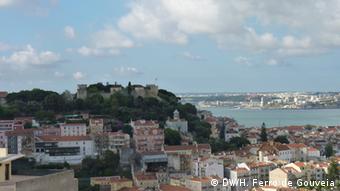 Ruth Arons has found her home in Lisbon

Ruth and her sister Ellen attended a French school, making their acclimatization easier since they had already learned French in Berlin. Their fellow schoolchildren, who they learned Portuguese from, were nice, she recalls. They couldn't imagine that the German schoolchildren of their own age back in Berlin could have persecuted and discriminated against them.

A few years later, Lisbon was filled with Jewish and politically persecuted refugees, including a great number of artists, musicians, authors and intellectuals.

The image of the city began change: Lisbon became a bustling metropolis and home to a multitude of foreign languages and cultures. Refugees, spies and state police encountered one another in the Pastelaria Suica or Café Nicola, the Bar Famous or the Palacio Estoril hotel.

Foreign traditions and customs nested in the city. "Lisbon was like a village and then suddenly all these refugees came, sat on the esplanade with coffee and cream cakes, women went to cafés alone and smoked. It was all an unusual sight for the natives," Ruth Arons says.

The local cuisine was also enriched by the arrival of foreign cultures. German baked goods such as Berliner doughnuts made a name for themselves on the Tejo. Arons explains how, in 1937, a young Jewish woman made money selling the homemade treats. 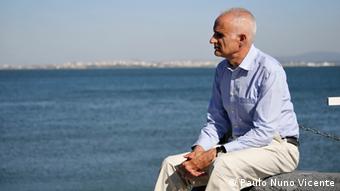 As entertaining as all this may sound, from 1940, life for the majority of refugees in Lisbon and the surrounding area was anything but peaceful. The fight for survival took its toll. They had to organize finding shelter and making a living wage.

For most refugees, Portugal was just a stop-over, a type of waiting room. Many wanted to travel overseas and searched desperately for shipping routes, tickets and travel papers.

Although the Jewish community and the Joint Distribution Committee provided help, it regularly fell short of meeting the huge demand for assistance. 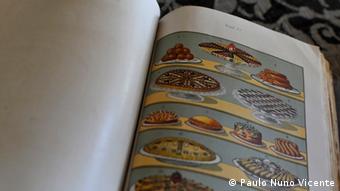 The radio was on night and day. News reports became a matter of life and death. Refugees feared the day when the Nazi military machine would roll into country or of becoming a victim of the Gestapo operating in Portugal.

The Arons family knew little about actual events in Germany, about Auschwitz and Dachau and the unimaginable crimes against humanity taking place there and in other European countries.

When Ruth Arons first heard about such events she resolved never to return to Germany. And even today, she still asks herself, "Where was God when these atrocities occurred?"

Ruth Arons went on to study at the University of Lisbon , married after the war, acquired Portuguese citizenship and was engaged in the resistance against the regime of the conservative, authoritarian dictator Antonio de Oliveira Salazar.

When the Portuguese consul Aristides de Sousa Mendes issued 30,000 visas to Jewish refugees and other persecuted minorities, it was perceived as a deliberate act of disobedience in direct contravention of Salazar's orders.

The dictator stripped the consul of his diplomatic title and ensured he remained an outcast in Portuguese society. For that reason, Jewish refugees did not want Salazar in the country. 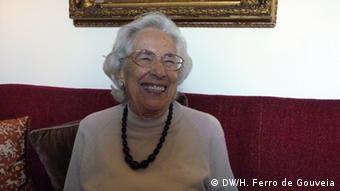 Ruth Arons served as mayor of a disctrict of Lisbon

By 1973, Portugal was the oldest dictatorship in Western Europe. Suddenly, the threads of history began to weave together.

Ruth Arons' son, Alberto Arons de Carvalho, together with the exiled politician and later Prime Minister Mario Soares, founded the Socialist Party of Portugal in the provincial German town of Bad Münstereifel. They had the support of the German Social Democrats, led at that time by the German Chancellor Willy Brandt.

One year later, a democratic revolution broke out in Portugal. Ruth Arons was on the side of the revolutionaries and soon entered office as the first elected mayor of Sao Mamede, a district of Lisbon.

Was that a way of continuing the legacy of her great uncle Leon Arons, a scholar, Social Democrat and supporter of the trade union movement during the era of the German Empire? The 90-year-old smiles humbly. She wouldn't go that far. But it is an important part of her family's history nonetheless.

Today, she views Germany with mixed emotions. The country is now foreign to her. She's firmly rooted in Portugal: "My country is Portugal now. I love Lisbon and like living here. I know all the people on this street where I've lived for 50 years."

For Ruth Arons, Germany is a part of her past, far, far behind her.