A new port for cruise ships in Lisbon is bringing record numbers of tourists to Portugal's capital. The downside of the boom is massive pollution and health hazards, which the government still choses to ignore. 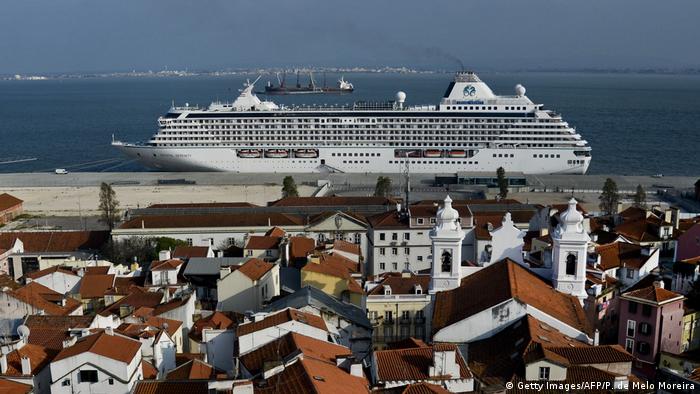 Travel operators in Lisbon are currently experiencing golden times. Revenues are spiraling amid a boom that's bringing Europe's young folks to the Portuguese capital, which is considered one of the hippest places on the continent.

Over the past five years, tourist arrivals have surged a staggering 81%, to 30 million in 2018, in part thanks to a new passenger terminal for cruise ships opened in Lisbon two years ago. About 300 of those giants of the seas are calling at the new port every year, with at least 600,000 passengers expected to embark or disembark there in 2019.

Yet, Lisbon's mass tourism is turning out to be both a boon and a bane, says Francisco Ferreira from the environment group Zero. "Contrary to other European airports, like the one in Frankfurt, Lisbon's airport only knows few restrictions for night flights. And the existing flight limitations are widely ignored."

The activists from Zero have taken measurements of noise levels in urban areas close to the airport and have found them to far exceed legal limits, he complains.

"The planes are coming in just a hundred meters (328 feet) above rooftops. The people living there have not a minute of relief during peak holiday season in the summer," he says, and laments the massive pollution caused by emissions of particulate matter from plane exhaust. 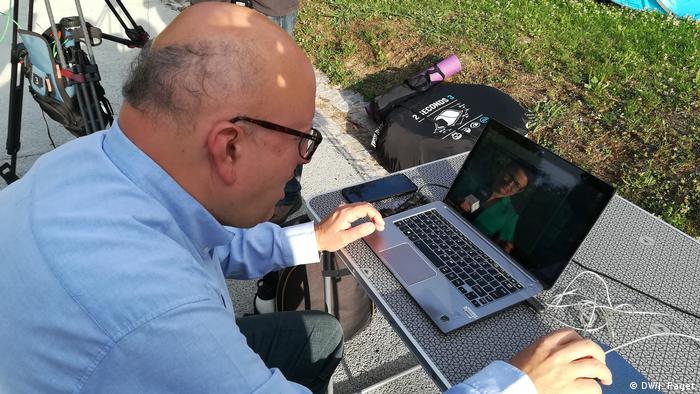 Francisco Ferreira's data show that inner city noise levels from the Lisbon airport are 16.2 decibels higher during the night than allowed and 9.5 decibels during the day

At the other end of the city, on the banks of the Tejo River, the pollution situation isn't any better. Especially since the new €50-million ($55.5-million) cruise ship terminal was opened in 2017 Lisbon's inhabitants have been suffering.

Massive amounts of particulate matter and sulfur dioxide (SO2) emissions have made Lisbon's port the sixth most-polluting in the whole of Europe. SO2 emissions from the cruise ships are 86% higher than those emitted by Portugal's entire car traffic over a year.

Ferreira says that the cruise tourism boom is especially burdening people living in Lisbon's historic old town with intolerable levels of noise and emissions. Authorities are turning a blind eye to the problem: "The government is always talking about sustainability and emission neutrality, but does nothing about the situation [in Lisbon]."

Ferreira assumes that the inaction is prompted by the fact that tourism has become a main money spinner for the crisis hit country, presently garnering more than €15 billion in government revenue. 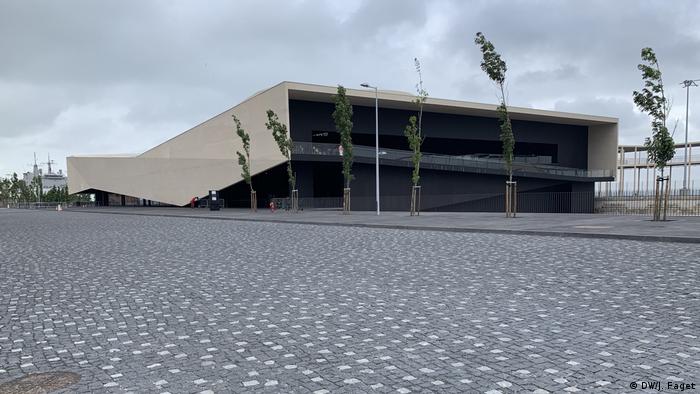 Lisbon's new passenger terminal sees a cruise ship arriving virtually every day, as it has become a hub for Canary Island and North Atlantic cruises

Emission controls? Only if Brussels pays

Although brand new, the infrastructure at the new port is not up to par with industry standards. Unlike many other cruise ports, Lisbon's doesn't provide portside electricity for the ships. The authorities only request that companies use diesel fuel for power generation rather than heavy oil when their ships are moored there.

And measuring stations to monitor emissions will only be installed once EU authorities request them and, of course, provide subsidies for the investment, the authorities insist.

State and municipal authorities, meanwhile, are doing everything to keep the tourism boom alive. At the airport, they are ignoring pollution levels and capacity limits, says Ferreira. "Very often the authorities allow more than 26 night flights. Up to 30 flights are no exception. There are more and more people seeking help from us to change the situation."

The ministries responsible for aviation and maritime issues shrug off the concerns. In a statement to DW, the environment ministry said that it was ensuring that all laws governing air traffic emissions are being observed, while the ministry in charge of Lisbon's port saw no violations of emission levels from cruise ships.

But according to Ferreira, new evidence of the Portuguese government's gross neglect of environment issues are plans to build a second inner city airport in Lisbon. It'll be situated on the southern banks of the Tejo River, close to an important bird and nature reserve.

"In its environmental assessment study, the government hasn't even looked at alternative sites. It is determined to ram through its decision to build another airport in the city center without public discussion."

The €50-billion project is said to be cheaper than a bigger airport further away from Lisbon. But it's expected to create the same noise and pollution problem for the population as the existing one.