Libya faces uphill battle for truth and reconciliation | Middle East | News and analysis of events in the Arab world | DW | 30.10.2020

Despite international efforts to find out the truth behind gross human rights abuses, the pursuit of stability has taken priority in the war-torn country. For many Libyans, transitional justice remains an elusive matter. 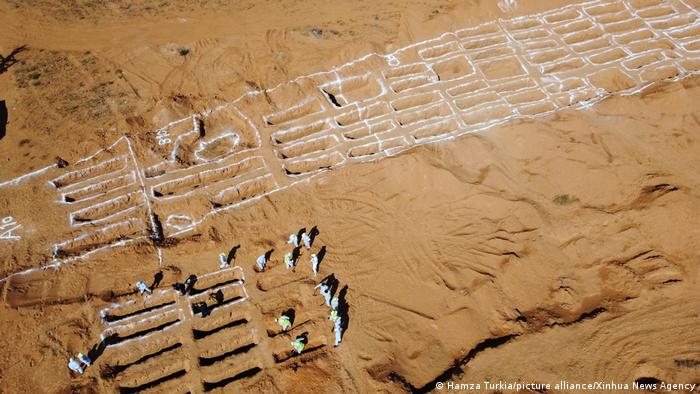 Nearly a dozen mass graves were discovered across Libya over the past six months, containing the bodies of more than 200 people.

The discoveries prompted the UN High Commissioner for Human Rights (OHCHR) to appoint a team in August tasked with independently investigating allegations of widespread human rights abuses across Libya, including those linked to the newfound mass graves.

Part of the mission's mandate included holding warring parties responsible for mass rights abuses since the conflict erupted in 2014. OHCHR chief Michelle Bachelet said the mission could "serve as a deterrent to prevent further violations and contribute to peace and stability in the country."

Yet, despite the UN's efforts to hold perpetrators accountable, few Libyans see the prospect of equitable justice while two rival governments compete for power through armed conflict.

The politics of truth

Anas, a civilian and former revolutionary from Benghazi, told DW that he doubts the UN investigation has the capacity to make real change on the ground due to competing narratives in the conflict.

"Whatever the report finds, it shall be politicized by [current] politicians to weaken their rivals and change facts," said Anas, whose name has been changed due to safety concerns. "You cannot have justice with two governments in power and both complicit in abuse."

Since the outbreak of hostilities six years ago, Libya has been split between the Tobruk-based House of Representatives (HOR), elected in 2014, and the UN-backed Government of National Accord (GNA) in Tripoli, established in 2016.

For the UN, balancing the political aspirations of rival governments in a critical report that could implicate both sides in mass atrocities may be more than it bargained for. 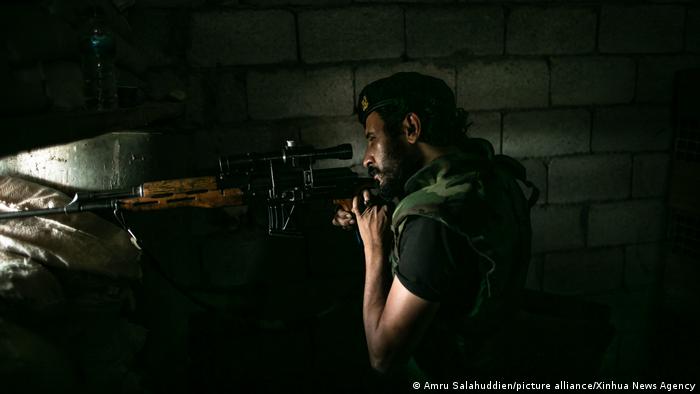 Between stability and justice

Jalel Harchaoui, a Libya expert and research fellow at the Hague-based Clingendael Institute, told DW that the UN has to be realistic about what it can do, especially when it comes to balancing much-needed stability on one side and accountability on the other.

"The findings of these various commissions and investigations will start making it to the surface maybe two, three years from now," Harouchi said. "The UN focuses on helping create a government structure, get to the proposed elections and then move on from there."

Despite its efforts to advance transitional justice in the North African country, the UN admitted earlier this month that it no longer had the funds to continue the fact-finding mission.

The move suggested the UN's priorities had shifted toward political stability over accountability in the near-term. Two weeks after the announcement, both rival governments in Libya formally agreed to a ceasefire arrangement and to withdraw foreign mercenaries.

"There is a clear desire not to upset the people right now and I think it’s understandable. [The UN] does not want to rock the boat and instead wants to make political headway," said Harouchi.

"What the UN is trying to achieve fits within a specific time frame and what is possible given the human rights abuse, sadly, fits with another — and that is assuming the investigations and transitional-justice efforts begin right away."

Searching for a way forward

However, not all Libyans have surrendered the idea of transitional justice. Mariam, a student at Benghazi University, told DW that "there are many different forms of justice that can be had at local levels."

"What the UN is asking must come from local communities first, before it can be decided at national levels," she said.

Yet, given that past forms of localized justice have involved confiscation of land, mass displacement of civilians and execution of individuals in both rival cities of Benghazi and Tripoli, the approach has its detractors.

Abdul Rahman, a civilian living in Tripoli, is not optimistic in either local forms of post-conflict justice or accountability mechanisms administrated by an international body.

Instead, he hopes for some form of stability.

"War has destroyed my life, my family and our future. We, as Libyans, must first recognize what we have done to each other before we get others to judge us." he told DW. "Too much freedom has made us less free than ever before."

Libya: Does peace have a chance?

For now, the UN-appointed investigative team is under immense pressure to produce a report that does not derail fragile peace talks.

On paper, the fact-finding mission is expected to inform the Human Rights Council of its findings by November, and by 2021, produce a report that details the human rights situation in Libya. The report would also recommend measures to ensure accountability for human rights abuses.

However, given that its budget has been cut, it remains to be seen whether the mission will once more be given the capacity to find facts on the ground and contribute toward an equitable future for Libya.

*The names of local interviewees have been changed for their safety.