At least 42 people have been killed in a drone airstrike on a southern Libyan town. The UN-backed government has blamed the attack on forces loyal to strongman Khalifa Haftar. 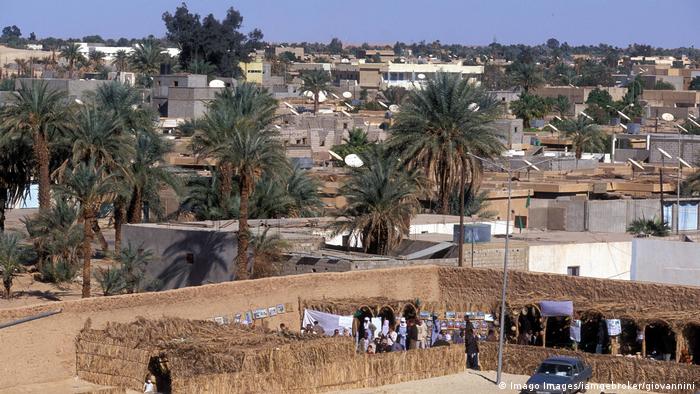 An airstrike on the southern Libyan town of Murzuq has killed at least 42 people and injured dozens more, the UN-recognized Government of National Accord (GNA) said on Monday.

The attack on Sunday, which the GNA blamed on eastern forces loyal to Khalifa Haftar, came as Haftar's Libyan National Army (LNA) continues its efforts to take control of the country. The two sides have increasingly used aerial attacks in recent weeks after fighting stalled on the ground.

The LNA confirmed responsibility for the airstrike in Murzuq late on Sunday, but denied targeting civilians, saying the raid was aimed at "Chadian opposition fighters," a phrase usually used by the LNA to describe Tebu tribesmen fighting against them.

The attack is the second major one to be blamed on the LNA after at least 44 migrants were killed in June in an air raid on a detention center in a suburb of the capital, Tripoli, in the north of the country. At the time, the LNA also denied targeting the detention center, though it admitted stepping up its airstrikes in the capital.

Haftar, who is allied with a rival government based in eastern Libya, has been fighting to force pro-GNA forces from Tripoli since April, after taking control of large areas of the oil-producing south, including Murzuq, earlier in the year. His advance on the city, where the GNA has its administrative seat, has been slowed by dogged resistance by government forces. 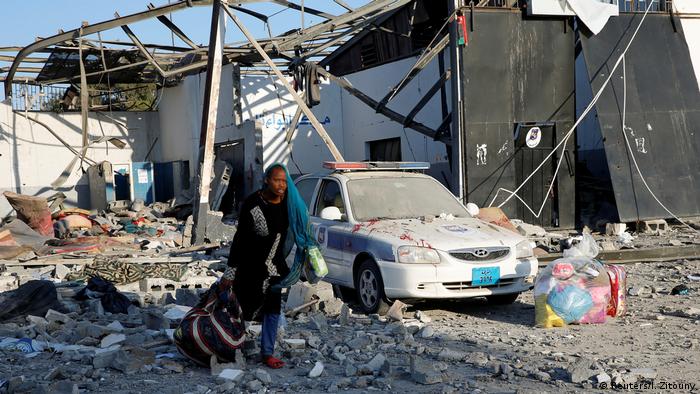 In another incident highlighting Libya's conflict-ridden situation, a Libyan airliner on Sunday narrowly escaped being hit by bombing as it landed at Tripoli's only functioning airport, Mitiga International Airport, according to aviation officials.

The plane was carrying 124 passengers on a flight from Libya's second-most populous city of Benghazi, the airport's management wrote on Facebook.

The bombing forced the airport to stop its operations and reroute flights to Misrata, some 200 kilometers (125 miles) further south, until late Sunday night. 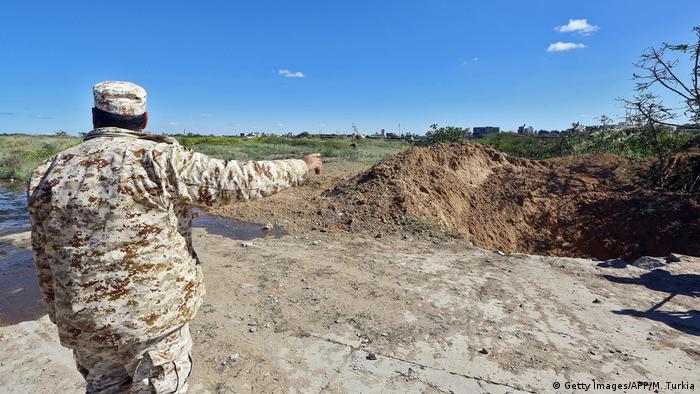 Mitiga airport has come under several attacks in recent months

The UN on Sunday condemned the "repeated indiscriminate shelling targeting Mitiga airport, the only indispensable functioning airport available for use by millions of civilians" and for aid deliveries in Tripoli. The airport, just east of of the capital, is a former military air base that has been used for civilian flights since Tripoli's international airport was severely damaged during fighting in 2014.

Haftar has accused pro-GNA forces of still using the airport for military purposes.

Libya has fallen into chaos since a 2011 uprising that toppled and killed long-ruling dictator Moammar Gadhafi. A plethora of armed groups is now vying for control of the country or various regions of it.

The World Health Organization says that nearly 1,100 people have died in the fighting between the GNA and the LNA forces since April. More than 100,000 civilians have been forced to leave their homes, it says.

Turkey warns Libya's Haftar against attacks on its forces 27.12.2020