Bayer Leverkusen's chairman has admitted that failure to qualify for the Champions League could force them to sell some of their best players. This may include highly sought-after striker Javier Hernandez. 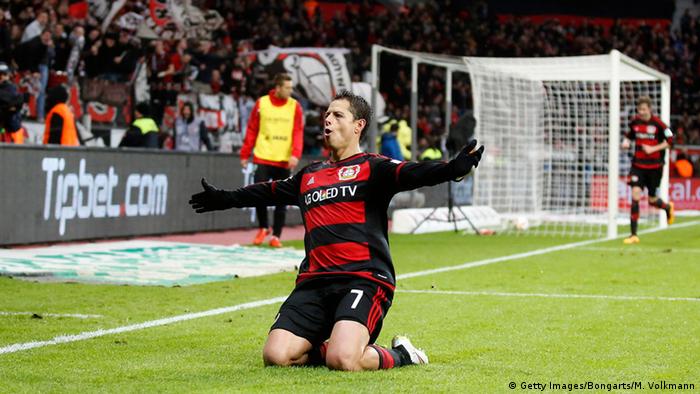 Bayer Leverkusen CEO Michael Schade has admitted that the club may have to qualify for the Champions League this season if they hope to keep Javier "Chicharito" Hernandez.

The Mexican international has gathered a number of admirers at some of Europe's top clubs since joining Leverkusen, having scored 22 goals in 26 games for the team this season. Among the clubs said to be interested in his services are Premier League giants Chelsea and Arsenal.

Although Schade is adamant that Leverkusen don't wish to sell any of their best players he is also realistic about the club's ability to turn down offers should they fail to qualify for Europe's premier club competition.

"If we qualify for the Champions League then we have very good chances that he will stay with us," Schade said in an interview published in Wednesday's edition of the "Rheinische Post" newspaper. "As things stand now we do not want to sell any player," he added, before noting that Chicharito's contract runs beyond the end of this campaign.

"We are, however, a commercial enterprise and there are limits. If there are huge offers, then we will consider them."

Head coach Roger Schmidt's side currenty sit third in the Bundesliga table and if they are still there by the end of the season, this would earn them automatic Champions League qualification. They are currently in great form in the Bundesliga, having gone unbeaten in six matches.

The club are currently competing in this season's Europa League after dropping down from the Champions League following a third-place finish in Group E.

Hernandez joined the Bundesliga side from Manchester United on a three-year deal in August of last year, after having been loaned out to Real Madrid the previous season.

Javier Hernandez's tremendous run of form will come to an abrupt end on the weekend as the 27-year-old forward looks set to miss the next few weeks with an injury. (10.02.2016)

Augsburg welcome Jürgen Klopp back to Germany as they host their first-ever European knockout stage match. Dortmund may not have all hands on deck in their contest, while Leverkusen and Schalke are also in action. (18.02.2016)