Police on Lesbos cleared the main port area on Monday following a clash between far-right extremists and migrants. While no longer a key transit point for entering Europe, the Greek island suffers severe over-crowding. 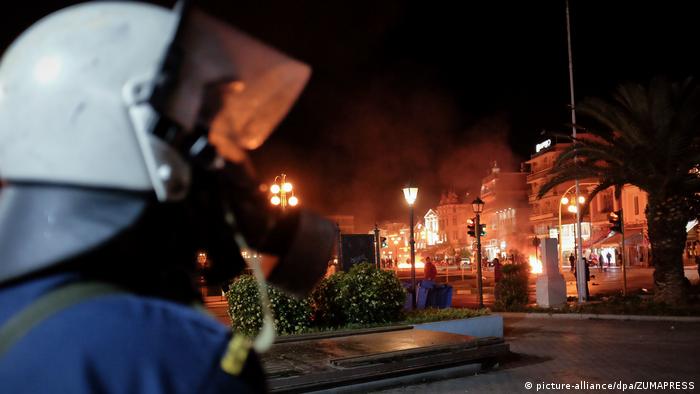 A dozen people were injured and 100 arrested in skirmishes after members of a far-right group attacked Afghan migrants staging a sit-in protest in Lesbos' main town of Mytilene overnight, police said on Monday.

Lesbos was a key gateway into Europe for almost a million migrants in 2015 and still suffers from severe overcrowding as the Greek government continues to grapple with solutions to the refugee influx.

A night of violence 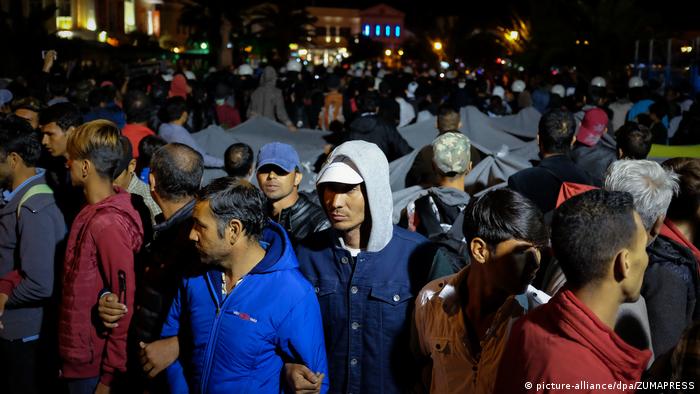 "This was a well-organized action, with murderous intent, by specific extreme right, criminal and hooligan elements that have nothing to do with the island or its traditions," the governing left-wing Syriza party said in a statement.

The island's mayor Spyros Galinos said the protest was a "spontaneous reaction." He added, however: "If persons of extreme ideological beliefs took part in this reaction, it was to be expected."

"For the last three years, Lesbos has been experiencing an unprecedented situation. It's carrying a huge burden," Galinos told Greece's Skai TV. "I'm trying to convince the government that Lesbos cannot carry this burden indefinitely." 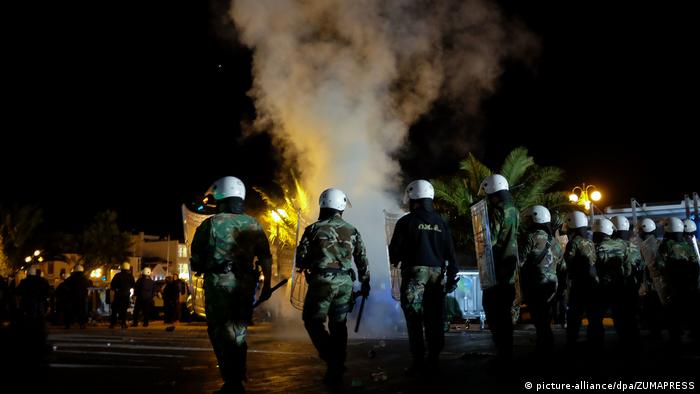 What's behind the protests? The protest began after a Greek high court ruled last week that migrants arriving on the Greek islands from Turkey could travel to the mainland while their asylum applications were being processed. However, the ruling did not have retroactive effect and those migrants already there were not allowed to leave.

How many migrants are affected? Over 13,000 migrants are still in camps on five Greek islands until their asylum claims can be processed. Greece recorded 58,661 asylum applications in 2017.

How bad is overcrowding? Lesbos is home to 6,500 migrants, far more than the 3,000 places available in the island's camps.Arrivals have slowed since an EU deal with Turkey in 2016, but the island's main camp, Moria, is reportedly holding double the number of people it was intended for.

Call to action: Galinos has urged central government in Athens to reduce overcrowding at camps on Lesbos and other islands, telling ministers of migration affairs and public order that "Lesbos can't take this any longer."Prime Minister Alexis Tsipras is planning to visit Lesbos shortly.

Germany is marking one of the worst xenophobic attacks in its postwar history. Thirty years ago, a far-right mob gathered in the East German city of Rostock and attacked a housing complex for asylum-seekers and immigrants.