Tensions have increased in the Middle Eastern country as anti-government protesters and their opponents clashed in Beirut. Followers of Shiite groups have been roaming the streets chanting pro-Shiite slogans. 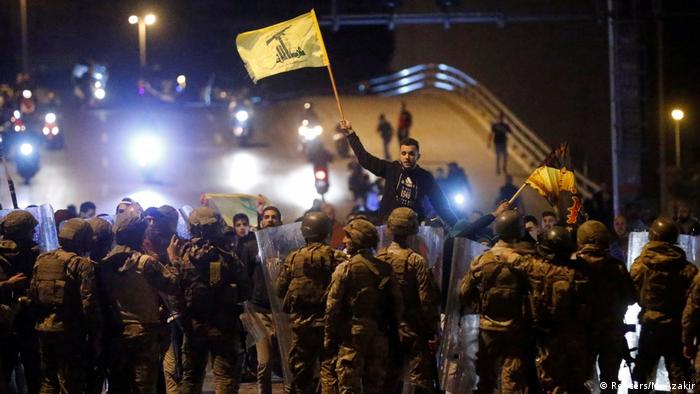 Shots were fired during the face-off between the rival groups in Beirut as the streets were filled for a second consecutive day of civil unrest. So far, there have been no reports of injuries.

A political crisis engulfing the Middle Eastern country sparked the relatively peaceful protests in mid-October, but people soon began venting their anger at the ruling elite. Lebanon's economy is in its most critical state since the country's 15-year civil war came to an end in 1990.

In the southern town of Tyre, supporters of Hezbollah and Amal ripped up protest tents and set them alight, causing security forces to take action by firing gunshots into the air, according to media reports.

The two groups had an influence on the coalition government led by Hariri, who announced his resignation last month, shortly after the unrest began on October 17. They had both opposed Hariri's decision to quit.

In a statement, Hariri's Future Movement warned its supporters to refrain from protesting and to stay away from large gatherings to "avoid being dragged into any provocation intended to ignite strife."

'People in Lebanon want to live in dignity'

Ziad Saab was once a fighter in the Lebanese civil war. Today, he stands shoulder to shoulder with the demonstrators in Beirut. He says a new electoral law would help to overcome the divisions in Lebanese society. (27.10.2019)

Hours after demonstrators came out to support Lebanese President Michel Aoun on Sunday, anti-government protesters poured into the capital to demand an end to the ruling political class. (03.11.2019)

Israel's "wide-scale" response to Iranian-backed rocket attacks on the Golan Heights have shown the dynamics of deterrence between Tel Aviv and Tehran are being renegotiated. (21.11.2019)