Saad Hariri resigned as Lebanon's prime minister on November 4 under mysterious circumstances while in Saudi Arabia. But Hariri has said he can and will return to his country. 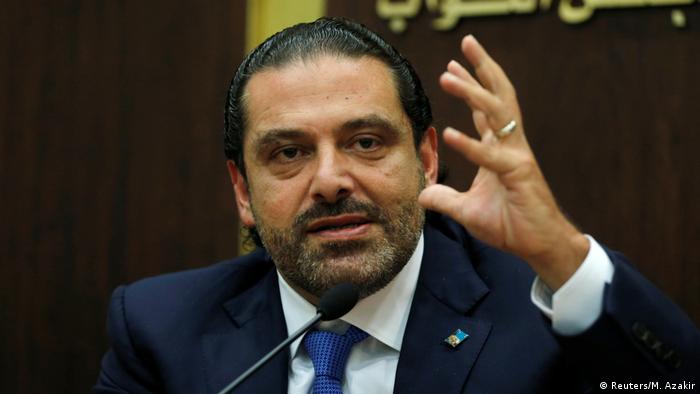 Saad Hariri, who resigned as Lebanon's Prime Minister on November 4, said on Sunday that he is free to leave Saudi Arabia, refuting claims that Riyadh was holding him against his will.

"I am free here [in Saudi Arabia]. If I want to travel tomorrow, I will," Hariri told Future Television, a broadcaster close to his political party. "I'll return to Lebanon very soon."

It was his first television appearance since his shock resignation announcement last week during a visit to Saudi Arabia.

Some had speculated that the Saudi government had arrested Hariri to pressure his coalition government with Hezbollah, a Lebanese militant group Riyadh has long opposed. President Michel Aoun refused to accept his resignation unless he tendered it in person, saying on Sunday that Hariri's freedom was being restricted in Riyadh.

Hariri said he resigned for the sake of Lebanon's national interest, insisting the country maintain a policy of "disassociation" from regional conflict.

During his interview on Sunday, he hinted at the possibility of withdrawing his resignation, saying that if he did, Hezbollah would have to respect the policy of avoiding participation in regional conflicts, singling out Yemen, where Saudi-led Arab forces are fighting the Houthi movement, which are allegedly backed by Iran.

Hariri's resignation and the ensuing week of silence destabilized Lebanon, where Sunni, Shi'ite, Christian and Druze factions fought each other from 1975-1990.

After his resignation, Saudi Arabia accused Lebanon of declaring war against it due to Hezbollah's influence, but Hezbollah's leader insisted it was in fact Saudi Arabia that had declared war on Lebanon.

At the time, Hariri accused Iran and its ally Hezbollah of taking over his country and destabilizing the broader region.

"We cannot continue in Lebanon in a situation where Iran interferes in all Arab countries, and that there's a political faction that interferes alongside it," he repeated on Sunday in apparent reference to rival movement Hezbollah.

"Maybe there's a regional conflict between Arab countries and Iran. We're a small country. Why put ourselves in the middle?"