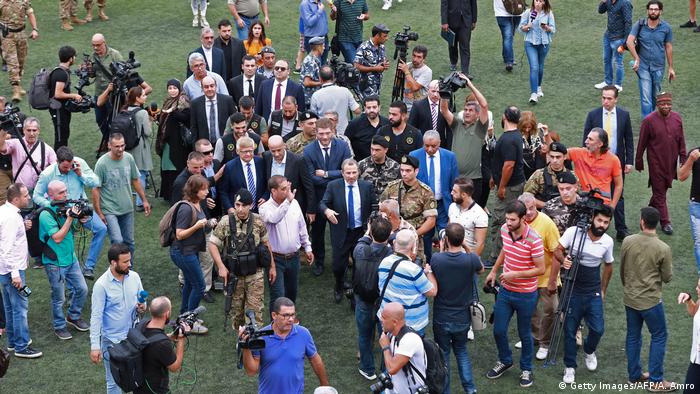 Gibran Bassil described the tour as a "counter diplomatic campaign"

In a bid to refute claims about secret Hezbollahweapons sites, Lebanon's Foreign Minister Gebran Bassil took over 70 foreign envoys on a tour of the alleged Beirut locations on Monday.

The move came as a response to a UN speech by Israel Prime Minister Benjamin Netanyahu, in which he accused the Shiite militia of converting "inaccurate projectiles" into precision-guided missiles in Beirut. He also held up aerial photos which he claimed show the exact locations of the weapons storage compounds.

On Monday, Foreign Minister Bassil accused Israel of trying to "justify another aggression" against Lebanon by spouting "pure lies."

"Lebanon will not accept the UN to be used as a platform to assault Lebanon," Bassil told ambassadors ahead of the tour of the locations.

The tour first took the diplomats to a golf course near  Beirut airport, and then to the stadium of the Ahed football team, both of which were identified by Netanyahu as Hezbollah plants. Specifically, Netanyahu said there was a missile site beneath the stadium, prompting Lebanese officials to take the envoys to the underground gym and locker rooms. 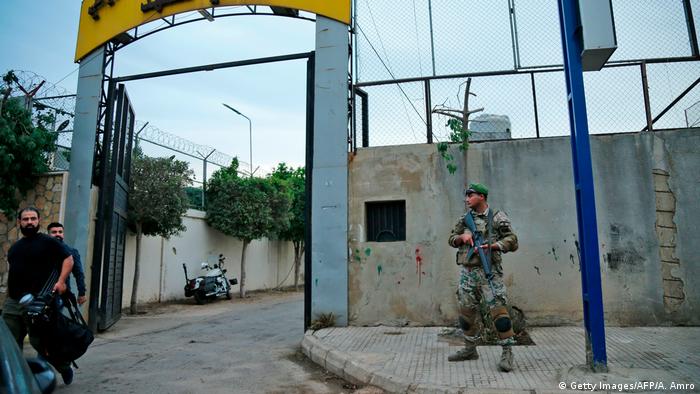 The entrance to the Ahed stadium in Beirut

Ambassadors ended the journey by visiting an abandoned warehouse in the Ouzai neighborhood. However, it was not clear if the location corresponded to the third site marked by Netanyahu.

In his UN speech, the Israeli leader also accused Iran of having a "secret atomic warehouse" and said Tehran had directed their Hezbollah allies in building the sites in Beirut. The accusations prompted ridicule from Iranian Foreign Minister Javad Zarif, who said that no "arts & crafts" show would cover up the fact that it is fact Israel which has an undeclared nuclear arsenal.

Hezbollah operates from multi-religious Lebanon, but the Shiite militia wields military power far beyond Lebanon's official army. The group is one of Iran's staunchest allies. Israel and the Shiite-armed faction fought several wars, the latest in 2006.

Last month, Hezbollah leader Hassan Nasrallah boasted that the militia had obtained "highly accurate" missiles, despite Israeli efforts to keep them out of reach.

Read more: What you need to know about Iran's military power

Speaking to ambassadors on Monday, Bassil said that Nasrallah's statement "doesn't mean that those missiles are present in the vicinity of Beirut airport."

The tour included representatives of Iran and Russia. In turn, envoys of Saudi Arabia and the United Arab Emirates were present for Bassil's remarks but opted not to visit the sites. The US ambassador was absent from the Monday event, allegedly because he was out of the country.