Lebanese protesters are still calling for the downfall of the political elite, although a year of rallies has so far failed to spark a full-blown revolution. The country is still reeling from the deadly Beirut blast. 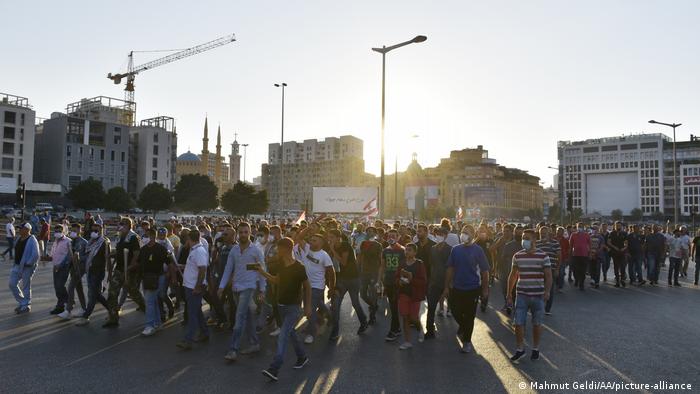 Anti-government protesters rallied across Lebanon on Saturday, marking a year since hundreds of thousands of people first came out on streets to protest taxes, corruption and poverty.

"We will continue no matter what," read one placard at the protests in Beirut, as thousands of people chanted "Revolution, revolution."

The protests first broke out after people people disappointment with the government boiled over last October. With minor changes, the ruling elite has been in power since Lebanon’s 1975-1990 civil war. While the rapidly deteriorating economic crisis and a collapse of the currency were the main driving force for the protests that rocked the country, the situation has only gotten worse since then.

The country faces an uncertain future with no stable government in place, which has further amplified the damage caused by the coronavirus and the massive August 4 explosion at the capital city’s port. The blast has killed over 190 people and injured 6,00 more.

While marches seem to have taken a backseat in the current political and economic climate, protesters maintain that the movement will continue. They demand the resignation of President Michel Aoun.

"The revolution did not die," said activist Rabih al-Zein, as protesters took to the streets of Beirut, Tripoli, and other cities. "We can hold this corrupt authority accountable and the proof is we brought down two governments."

In Beirut, protesters marched near the central bank and parliament, before continuing down to the site of the devastating August blast. A candlelight vigil marked the exact time when ammonium nitrate exploded at the port. 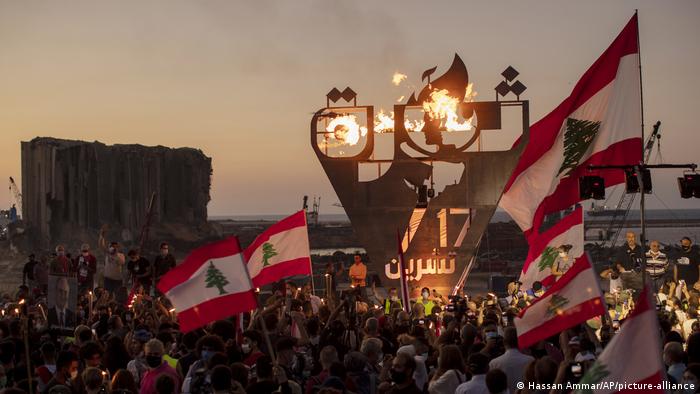 Protesters lit a massive structure that was erected in memory of the victims of Beirut's deadly August blast.

Protesters lit up a massive metal statue that was installed in the memory of the victims of the port blast. They also hung effigies of the country’s leaders.

"Maybe coronavirus slowed us down, but we will be back on the streets stronger and very soon," said protester Nicole Bustany.

Hundreds of thousands of people have rallied in three Lebanese cities, hours after a junior party quit the country's fragile coalition. Dire economic conditions have blighted the heavily indebted country for years.