Latvia is getting ready to introduce the euro in January 2014, but politicians worry about little support for the single currency. Only 30 percent of Latvians want to switch from lats and santims to euros and cents. 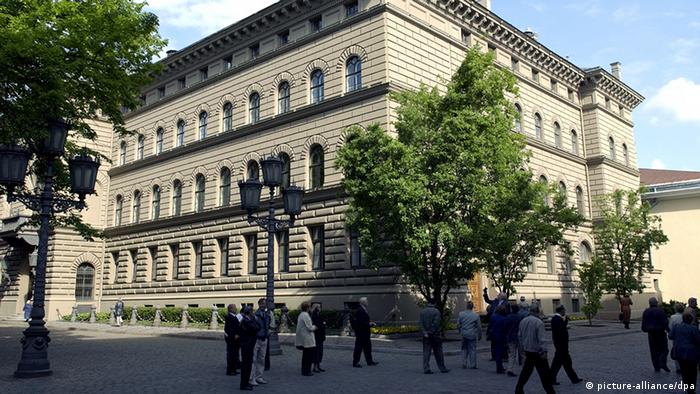 Latvian government officials boast that the country already meets the Maastricht criteria, a set of four requirements that have to be achieved in order to join the eurozone. The Baltic nation plans to ask EU officials in January for the green light to adopt the euro. But Latvian politicians worry that there's little support for the single currency among Latvians who want to keep their own money. 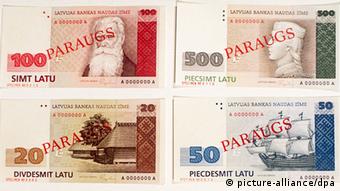 Latvia reintroduced its own currency in 1993

"I feel like I am being deprived of my personal money. I live here in Latvia and I associate the country with several clear symbols like the national anthem, the Latvian flag, the language and our lats and santims," says 60-year old playwright Lelde Stumbre. "And if the national currency is taken away, it seems like the whole thing will start to fall apart."

More than just notes and coins

It's not just about money, says Stumbre, as she jingles lats and santims in her red purse. It's about the history and what distinguishes Latvia from other countries. She has spent most of her life living under Soviet rule and paying in roubles - a currency imposed on Latvia for five decades. Latvians have been using their money only since 1993 when the rouble was replaced by lats and santims. This is why Stumbre wants the country to keep its national coins and banknotes.

"When we regained the independence, when we got our national identity back, it was very important for us to reintroduce our currency," Stumbre says. "Now, if we have to give this up again I really feel as if we are being plunged into a different kind of occupation." 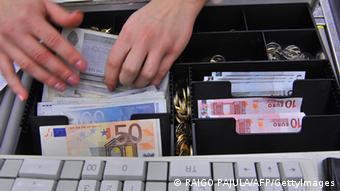 Stumbre says she's grown attached to the design of the lat over the years. The imagery on the notes varies from an oak tree to the largest river Daugava. On the coins, one can see an ant, a hedgehog, a salmon, or even a mushroom.

There is one image on all notes, howver; a portrait of a folk girl. Her silhouette was carved on a silver coin in the late 1920s, a symbol on Latvian independence that has been handed down from generation to generation and survived the Soviet occupation.

"The five lat silver coin during the Soviet times was kept as a heart-warming memory of the independent Latvia. And, of course, when Latvia regained its independence in 1990s, there was clearly no other option than to include this design into the lats as we know today," says Kaspars Kravinskis, a tour guide at the Bank of Latvia's money museum.

The government has already launched a campaign for the introduction of the euro, and the media has been full of reports about the pros and cons of the single currency.

Analysts suggest that the skepticism is only based in part on sentimentality - surveys indicate that only around 10 percent of Latvians trust politicians, the government and the parliament. And this plays an important role in influencing their take on the euro, says Ilze Birzniece, of the University of Latvia in Riga. 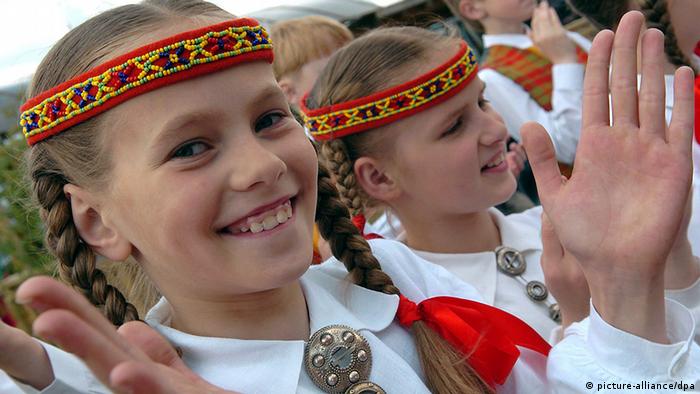 The symbolic image of the folk girl will be on the new Latvian euro as well, should the plans go through

"The negative attitude towards the euro is to a large extent related to how Latvians feel in their own country. The more people trust in their government, the more they support its decisions," Birzniece says. "But the overwhelming majority of people in Latvia don't have faith in their politicians, and that's why they're very critical of plans to introduce the euro."

While the government is stepping up its euro campaign, playwright Stumbre won't give up her fight for the national currency. She and her friends are preparing to start their own grassroots campaign on the Internet and to save their lats and santims. Otherwise, she fears that prices will go up once the euro is introduced and - more importantly - that her country will be forced to bail out other nations in the troubled eurozone.

A controversial new children's book is teaching kids alternative notions of gender to encourage greater equality. But critics say the book endangers traditional notions of the family and promotes homosexuality. (31.10.2012)

Over the years Russia has repeatedly denounced its Baltic neighbor Latvia for "glorifying Nazism." A monument just unveiled in Latvia is a latest instance of how history remains a contentious issue for the two nations. (08.10.2012)

A controversial court case has angered disability groups across Europe. A Latvian mother has accused doctors of breaching her rights after her daughter was born with Down's syndrome. (13.08.2012)

Listen to the report from Riga