In all but two eurozone countries the cost of an hour's work has increased over the past year, pointing to the recovery picking up speed in the bloc. Surprisingly, labor costs spike most significantly in Greece. 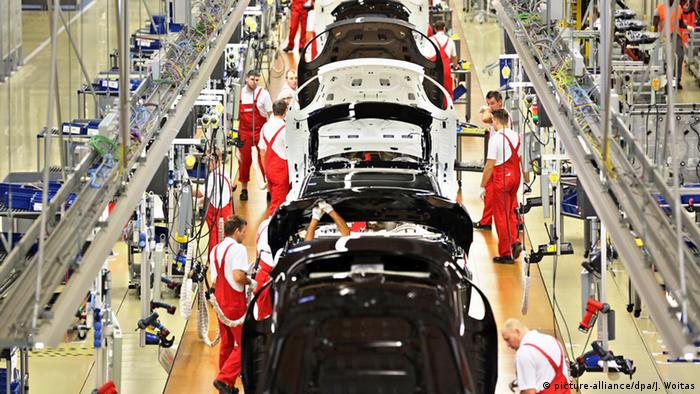 Labor costs per hour worked in Greece jumped a whopping 7.1 percent in the third quarter of 2014, compared with the same quarter in 2013, Germany's statistics office, Destatis, said Wednesday, citing the latest available statistics.

Destatis didn't give a reason for the spike in the struggling eurozone country, but said the rise in Greece was the first after four years of falling labor costs.

According to the data, hourly wages grew over the period in all eurozone countries, except in Cyprus, down by 2.8 percent, and in Ireland where they declined 0.8 percent.

In Germany, labor costs grew 2.3 percent - well above the eurozone average of 1.3 percent and that for the whole European Union of 1.4 percent.

The rise came after almost a decade of declining real wages in Europe's biggest economy and amid robust growth in the past few years that has led labor unions to demand significant wage increases. While this has boosted German consumer spending, more and more businesses are worried about accelerating wage growth.

According to a recent study by the German Chambers for Industry and Commerce (DIHK), some 42 percent of companies here consider rising wages a real risk to their business.

In 2015, German labor costs are set to rise even further as the country's metalworkers have already secured pay increases to the tune of 3.4 percent, while the chemical union and the public sector union are demanding hikes of 4.8 percent and 5.5 percent respectively.

In France, which is struggling amid economic stagnation, labor costs over the year expanded by only 0.5 percent. The biggest increases, alongside Greece, were reported from Estonia, up 6.3 percent and Slovakia where labor costs grew 5.7 percent.

German retailers have been able to increase their turnover considerably in the first weeks of the new year. The stats office says the boost in sales comes amid lower consumer prices and strong consumption. (03.03.2015)

Rising optimism about the economy and expectations to earn more in the future have further brightened the mood among German consumers, sending an important indicator to a level last seen in Germany in 2001. (26.02.2015)