Kyoto Protocol comes into force in Afghanistan | Asia | An in-depth look at news from across the continent | DW | 24.06.2013

Afghanistan joined the Kyoto Protocol in April. This came into force this week. The country is one of the most vulnerable to climate change worldwide. 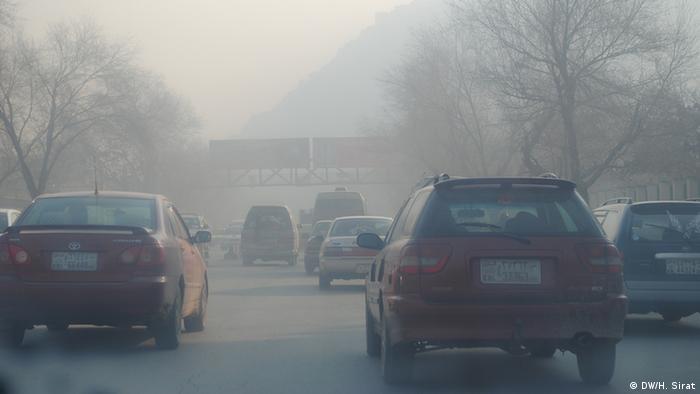 The smog over the Afghan capital Kabul is visible kilometers away. There is a thick layer of dust on buildings and cars. People cannot breathe easily and often use scarves or masks to prevent the fine dust from getting in.

There are few green spaces in Kabul and there is no sophisticated sewage system. Instead most household waste flows in open drains alongside roads.

The average particulate matter (PM) count is 190 - much higher than in the Chinese capital Beijing where it is 121 on average according to the World Health Organization. 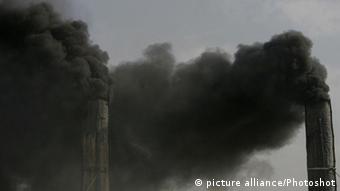 Kabul is thick with smog

For a green future

By joining the Kyoto Protocol, the "country has come one step further in the fight against climate change," said Ghulam Hassan Amiry, the head of the climate change department at NEPA. He added that although Afghanistan had observed the protocol unofficially before and had been represented at international climate conferences, by signing it officially, "we can benefit from financial support."

Christoph Bals from the environment NGO Germanwatch agreed: "The main factors driving Afghanistan to sign the Kyoto Protocol are certainly the fight against the environmental damage caused by climate change and the support it receives in so doing. He pointed out that Afghanistan's joining would not have any worldwide impact but the move showed the government was on the right track. “It also shows how vulnerable Afghanistan is because of the consequences of climate change and that people are now beginning to reflect upon it."

The United Nations Environment Program (UNEP) says that since 1989 over 6.7 million Afghans have been affected by disasters and extreme weather events such as drought, earthquakes, epidemic diseases, sandstorms and harsh winters.

The fact that the glaciers of the Himalayas are melting is also creating great problems such as extreme drought. Up to 80 percent of Afghans depend directly on natural resources for income and sustenance. Agriculture provides livelihoods for over 60 percent of the population. 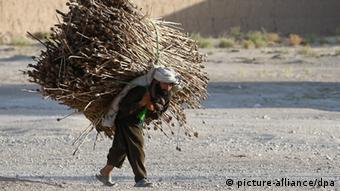 Almost four decades of war have only exacerbated the damage caused by climate change.

Ghulam Hassan Amiry says there is a great deal to be done especially as environmental protection only really became an issue a few years ago: "We don't have a sewage system and no recycling. Our natural water resources are almost depleted. Afghanistan does not have the means to solve these problems and yet they are extreme hindrances to the country's development."

First step towards a national plan

Air pollution is particularly high in Afghanistan's big cities. Elsewhere it is actually quite low because there has not been much industrialization. According to the World Bank, Afghanistan has one of the world's lowest carbon emissions rate per person, at 0.2 tonnes per capita only. However, the impact of climate change is very tangible in the South Asian country, says Ghulam Hassam Amiry. In the past 10 years, the average temperature has risen by 0.13 degrees.

Classed as a developing country, Afghanistan does not have to adopt any binding emission targets. However, it does have to draw up a plan to reduce greenhouse gases, by developing a low carbon energy and transport system.

The UN provides support for the development of solar, wind and other renewable energy sources. 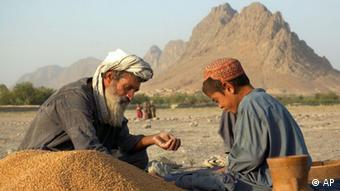 'The people's cooperation is needed to protect the environment.'

A new environment institute in Kabul is set to raise awareness about these issues and teach people how to find solutions. "We need the people's cooperation to protect the environment," says Amiry. "First, we have to create a culture of environment protection in the Afghan society."

Afghanistan also suffers the effects of high carbon emissions from neighboring Iran and Pakistan which have both signed the Kyoto protocol. Noorullah Kaleem from the ministry of foreign affairs, says that banned fuels and gases often end up in Afghanistan because the borders are so porous. "We've had many discussions with our neighbors and these will continue but so far the delegation has not had any results."

Chinese media have criticized high levels of smog in the capital, after authorities were forced to advise people to stay indoors at the weekend. Pollution has hit levels deemed dangerous by the World Health Organization. (14.01.2013)