Kurds struggle to unify against ISIS | World | Breaking news and perspectives from around the globe | DW | 18.07.2014

Kurds struggle to unify against ISIS

Experts say the Kurds in Iraq and Syria might fight a successful campaign against ISIS. But cooperation between the two groups seems unlikely. 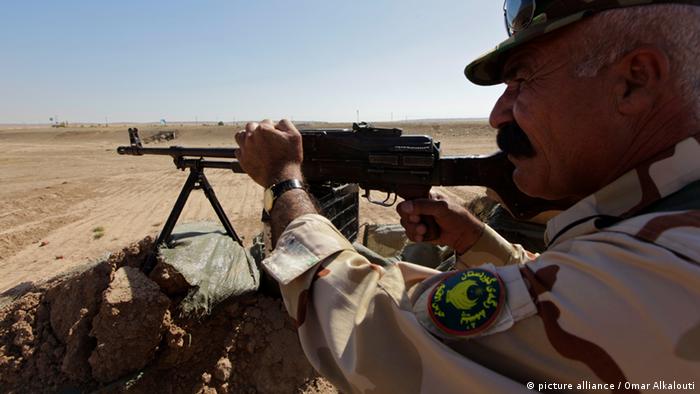 The Iraqi army was unable to stop the Islamic State in Iraq and Syria (ISIS), but the well-trained Peshmerga fighters in the autonomous region of Kurdistan in northern Iraq were able to defend themselves successfully.

Now Massoud Barzani, president of the Kurdistan Regional Government, wants a referendum on independence for Kurdistan. Barzani told the BBC recently that Iraq was practically divided already, and that the ISIS advance in the region made the time ripe for Kurdish independence.

Barzani has received support from some in neighboring Turkey. Hüseyin Celik, deputy head of Turkey's Justice and Development Party (AKP), told Kurdish broadcaster Rudaw that the Kurds had the right "to decide their fate." Ankara has been maintaining economic ties with the autonomous region of Kurdistan in northern Iraq for several years - its main interest being the oil reserves in the region controlled by the Kurds. 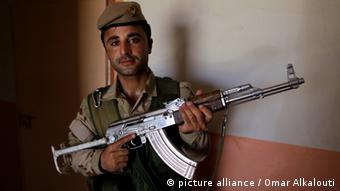 The Peshmerga fighters have been able to hold off ISIS

While the rise of ISIS could even bring a political advantage for Barzani's aims, the situation for Kurds in Syria is much more difficult - they are being forced to defend their self-declared autonomy against the terrorist group. Syria's Democratic Union Party (PYD) set up a local administration in an autonomous region inside Syria with the backing of the Kurdistan Workers' Party (PKK) at the end of 2013 - it was called "Rojava," or "Western Kurdistan."

Rojava has continually come under attack from ISIS militias since last year, only when the jihadists went on the offensive in Iraq in June did the number of attacks on Rojava drop. But since last week, ISIS has resumed hostilities. The attacks are aimed chiefly at the canton of Kobane, the Kurdish name for the Syrian city Ayn al-Arab, Salih Muslim, co-chairman of the PYD in Syria, told DW.

The city of Kobane is located between two ISIS bases at Jarabulus and Tell Abyad, which means that the jihadists have to waste time and money traveling from one base to the other.

Meanwhile, Syrian Kurds see Kobane as a stronghold of their Kurdish identity. Salih Muslim said unity among the different Kurdish cantons in Syria depends on Kobane - if the city falls, the autonomous region of northern Syria would be under real threat. 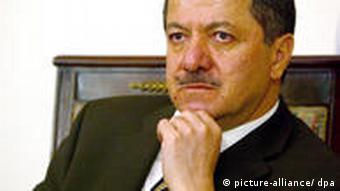 The situation in Kobane is a major security problem not only for the Kurds but also the whole region, according to Turkish journalist Fehim Tastekin, who has been following the Kurds' situation in Syria, Iraq, and Turkey for several years. But can the Kurds in Iraq and Syria unite against ISIS? For Tastekin, the alliance question is "more a question of will than ability." At the moment, he told DW, there was no such cooperation between the Kurds in Syria and Iraq.

Tastekin said the Kurds in Iraq and Syria are divided by different points of view. The president of the autonomous region of Iraq is following a traditional line, in which large family tribes play a central role, but Syrian Kurds would prefer to work towards democratic structures within society and self-administration.

On top of this, competing claims to power in the region also stand in the way of an alliance, said Tastekin. "Both groups insist on being in charge and want to represent the interests of the Kurds."

Over the past few years, Barzani has attempted to establish parties in Syria that come close to his policies. But these have failed to take root, and have not been able to assert their position against the PYD. Salih Muslim confirms that he has spoken to Barzani about a possible alliance, but has not received an official response.

Bashar Assad is now seen as less of a threat than the ISIS militants in the Syrian civil war. But experts warn attempting to make an ally of the regime in Damascus is not in the West's interest. (16.07.2014)