Ankara discovers the Kurdish reality | Europe| News and current affairs from around the continent | DW | 30.06.2014

For a long time Turkey's policy has been to resist the Kurdish aspiration for autonomy in their own country and neighboring Iraq. But Ankara's policy towards the Kurds has changed. 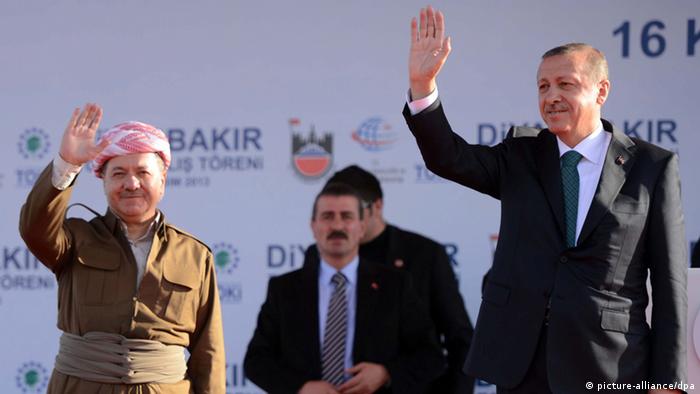 Kurdish politicians from northern Iraq were courted as state guests last week as they held talks in the Turkish capital. At the same time, the Turkish parliament in Ankara discussed a bill which would elevate negotiations between the Turkish state and the head of the Kurdish separatists, Abdullah Ocalan, to a legal level. Domestic political considerations and foreign policy developments have radically changed Turkey's policies toward the Kurds in recent years.

Prime Minister Recep Tayyip Erdogan broke a taboo in 2005, becoming the first Turkish prime minister to openly speak about the “Kurdish problem” – up until then the official state doctrine was that there was a "terrorist problem," because of the uprising of Ocalan's Kurdistan Workers' Party.

Erdogan's government has been negotiating with imprisoned PKK leader Ocalan for a peaceful settlement to the Kurdish conflict for the past year and a half. The conflict has claimed the lives of more than 40,000 people since 1984.

For Erdogan it's not only about a chance to enter the history books - ending the bloodshed would secure him votes from both Turks and Kurds. It is no coincidence the legislative discussion regarding the Kurdish question comes in the lead-up to the presidential election in August, when Erdogan is likely to stand as a candidate. 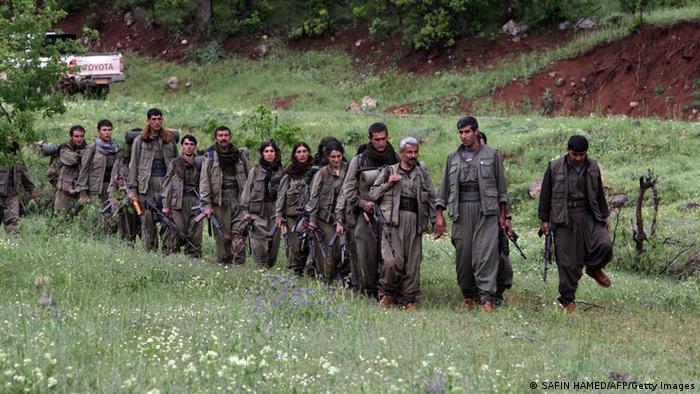 However, Erdogan must proceed with caution. He does not want to give Turkish nationalists the chance to criticize him for selling out the motherland by granting the Kurds certain rights like using their language in media and education. For the Kurds on the other hand, the peace process is progressing too slowly.

In relation to the Kurds in neighboring northern Iraq, Turkey has shifted under Erdogan as well. The autonomous Kurdish region in Iraq is now a major partner of Ankara. The Kurdish zone has blossomed into one of the main buyers of Turkish exports worldwide: last year Iraq bought Turkish goods worth $11.9 billion (8.7 billion euros), with the lion's share going to the Kurdish region. Only Germany, with $13.5 billion imported more goods from Turkey.

Ankara is also hopeful of stable oil imports from the Iraqi-Kurdish region, as well as revenue as a transfer country for Kurdish oil on its way to the world market. Several days ago a million barrels of crude oil were transported from northern Iraq, which had been sent via the pipeline to Turkey and pumped into a tanker.

"Before a nightmare, now reality"

In the face of these developments, Ankara's fears have eased at the idea of an independent Kurdish state in northern Iraq. Earlier Kurdistan was a nightmare for Turkey, now it is reality, wrote journalist Hasan Cemal in an article for the news portal "T24." Huseyin Celik, a spokesperson for Erdogan's AKP party, said in an interview with the northern Iraqi media service "Rudaw" that the Kurdish in the north of Iraq have a right to self-rule.

Officially, Ankara insists its aim is to preserve the territorial integrity of Iraq despite the conflicts between Shiites, Sunnis and Kurds. But Turkey's position is changing more and more, with the various ethnic groups in Iraq demonstrating that they do not want to live together ever more strongly, Veysel Ayhan, director of the Ankara think-tank IMPR told DW. Ayhan is convinced that there will soon be "changes in the law" in Iraq.

Sahin Alpay, a political scientist at Istanbul's Bahcesehir University, points to another reason why the Kurds of northern Iraq are so important for the Erdogan government. „Kurdistan is an important backer of the peace process,” between Ankara and PKK leader Ocalan, Alpay told Deutsche Welle.

Finally, Ocalan's PKK has its headquarters in the Kandil Mountains in northern Iraq. Both sides need the other, emphazised Alpay – “the [Iraqi] Kurds know that they need the backing of Turkey before being able to declare independence.”

Syria's Kurds are locked in conflict with both the Assad regime and Islamist extremists. Their pleas for help have, so far, fallen on deaf ears in the West - and they haven't been invited to the Geneva peace talks. (17.01.2014)

A meeting between the Turkish prime minister and the president of the autonomous Kurdish region in Northern Iraq is being seen as historic. For the first time, Prime Minister Erdogan referred to Kurdistan by name. (19.11.2013)