Kremlin: Putin is not ill

The Russian president has not been seen in public in a week. The Kremlin's spokesman sought to dispel rumours that Vladimir Putin was suffering from bad health. 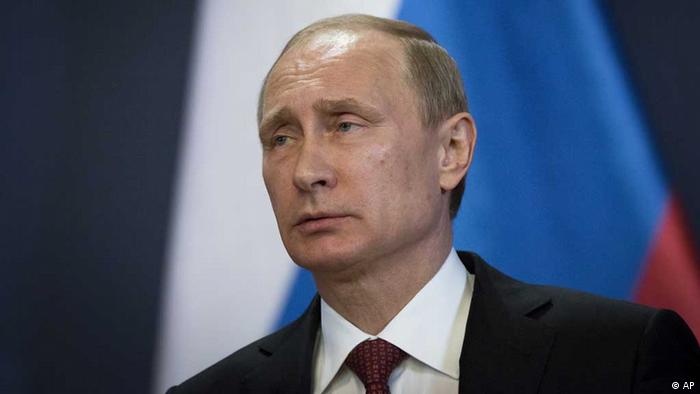 Russian President Vladimir Putin's spokesman Dmitry Peskov dimissed rumors on Thursday that the president was sick after his upcoming trip to Kazakhstan was canceled.

"No need to worry, everything is all right," Peskov told Ekho Moskvy radio. He added that the president's handshake was still so strong it could "break you hand," referring to the Kremlin's usual response during former President Boris Yeltsin's bouts of fragile health.

Putin has not been seen in public since a March 5 meeting with Italian Prime Minister Matteo Renzi in Moscow. He then canceled his Thursday trip to the Kazakh capital Astana without giving a reason, setting off rumors that he was seriously ill or planning the ouster of a major government figure. The Kremlin had previously announced that the president would not be attending Thursday's meeting of the Federal Security Service, where he is often present.

"Yes, he's usually there," Peskov said, "But this year he was not planning to be."

On Wednesday, the Kremlin's press service released a photo of a meeting between Putin and the regional governor of Karelia, but local news agencies had reported on the meeting as early as March 5. Russian news service RBC cited an anonymous source in the Karelian governor's office saying the meeting had actually taken place on March 4.

When asked about when the president will next appear in public, Peskov answered that Putin constantly has meetings, not all of which are public.

"[His] schedule is very busy - also because of the developing crisis and so forth," Peskov told the radio interviewer.

Chancellor Merkel will not to take part in Moscow's parade to mark the end of World War II on May 9, but she'll be there a day later. No doubt a difficult choice, but it was the right one, says DW's Christian F. Trippe. (12.03.2015)

A member of a Russian human rights commission has said Zaur Dadaev, the main suspect in Boris Nemtsov's killing, has signs of torture on his body. He said he believes Dadaev was forced to confess to the shooting. (11.03.2015)

The German Chancellor has refused an invitation to Russia's annual Victory Day parade. Many Western leaders are expected to boycott the event, but Kim Jong-Un is set to attend. (11.03.2015)