Kosovo Independence ″Within Days″ of Serb Election, Says Thaci | Europe | News and current affairs from around the continent | DW | 30.01.2008

Kosovo's Prime Minister Hashim Thaci announced Wednesday, Jan. 30 that the Serbian province will declare its independence within days of this weekend's Serbian presidential elections, regardless of who wins the vote. 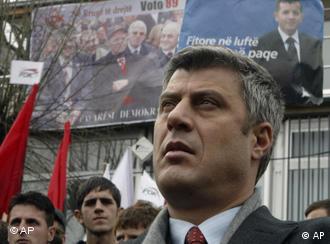 "The developments in Serbia do not have any influence on Kosovo," Thaci, the leader of the ethnic Albanian majority in the breakaway Serbian province, told journalists after meeting with senior police officials. "The independence of Kosovo will happen in the next few days, regardless if Tadic or Nikolic wins."

"If (Tomislav) Nikolic wins, it's the 9th or 10th," a senior political source said about the possible date of independence on condition of anonymity. 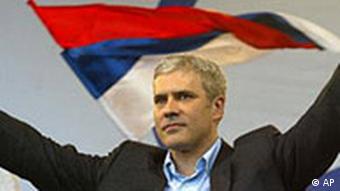 Tadic has the backing of the US and the European Union

A second source confirmed that if pro-Western incumbent Boris Tadic wins the closely fought race, ethnic Albanians in the breakaway province would be expected to wait at least another week, possibly declaring on Feb. 17.

Sunday's presidential run-off pits hard-line Serb nationalist Nikolic against pro-Western Tadic. Analysts say the election, which could decide Serbia's attitude to the West after Kosovo's independence, will go all the way to the wire. Tadic's two-point lead in recent polls is well within the statistical margin of error.

The plan by Kosovo's ethnic Albanian leaders to make a unilateral declaration of independence is backed by the United States and most members of the European Union. Serbia and its ally Russia staunchly oppose any such move. Serbia and Russia have warned of chaos in the fragile Balkans if Kosovo strikes out alone.

The US and the major EU powers have been trying to coordinate a declaration of independence within their own timeframe, seeing no prospect of returning the 90-percent Albanian majority to Serb rule. Negotiations between the Serbs and Albanians ended in deadlock in December after nearly two years of fraught and often strained diplomacy. 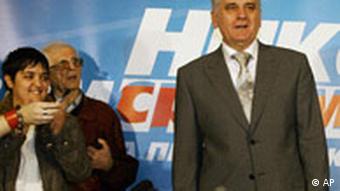 Kosovo could move quickly should Nikolic win the vote

The West has been pursuing a delay to independence in a bid to shore up support for the pro-European Tadic.

Should Tadic win on Sunday, the US and EU would want Kosovo to hold off on a declaration until at least the end of the February in an attempt to help him control the inevitable political fallout from the loss of what many Serbs regard as their religious heartland.

If the hardliner Nikolic wins, experts believe that Kosovo would speed up its plans for independence in a bid to out-maneuver any move by the Russian-backed candidate to intervene.

Fearing a violent reaction to Kosovo's apparently imminent declaration, NATO's 16,000-strong peace force has been put on alert for possible unrest while European Union foreign ministers plan to discuss the deployment of a 1,800-strong police and justice mission to the province at a meeting on Feb. 18.

The EU ministers will also discuss the planning of a four-month transition period during which the United Nations authorities, which have run the province since the 1998-99 war, would transfer power to a newly independent Kosovo.

Kosovo's government will very soon give a clear statement on when it intends to declare independence, Prime Minister Hashim Thaci said during a visit to Brussels on Thursday, January 24. (24.01.2008)

Russia has promised to block Kosovo's entry to the United Nations and other international political institutions if the country goes ahead with plans to declare independence from Serbia. (17.01.2008)

Ahead of the negotiation deadline set by the UN for Monday, Dec. 10, the EU, the US and Russia said further talks over Kosovo's status would be superfluous. The Serbian province could declare independence any time. (10.12.2007)

Is Kosovo approaching its independence in the correct way or is it ill-timed? Please include your full name and country with any reply.