Koreans donated billions of euros' worth of gold jewelry to help pay down the nation's IMF debt in the wake of the 1997 Asian financial crisis - a debt Korea paid off ahead of schedule. Might this also work for Greece? 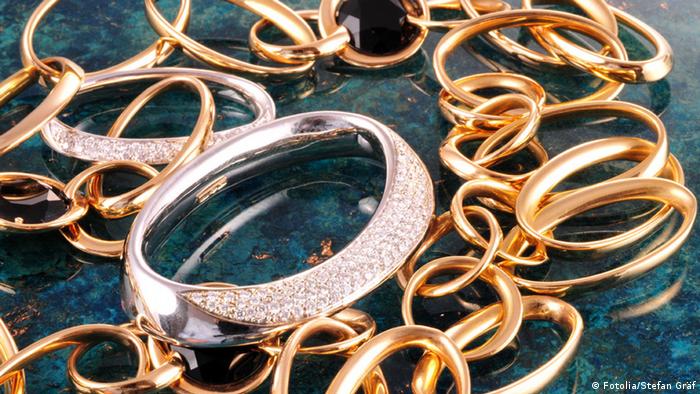 The notion that one might give up precious family heirlooms to help the state to repay its debt would seem absurd for people in most countries. And yet many Koreans did just that - during the Asian financial crisis which brought the country to the brink of bankruptcy in 1997.

In South Korea, the national currency took a sudden dive, speculative bubbles burst, companies and banks collapsed under the weight of their debts, and millions of people lost their jobs during the course of the crisis.

"The government informed us in November 1997 through the media that we have a major financial problem and that we urgently need to borrow a lot of money," recalled Kyoung Sung-Suk, then a student and now a visiting professor of Korean studies at the University of Bonn.

Shortly thereafter, the International Monetary Fund (IMF) gave the green light to the biggest loan it had yet made: $58 billion (53.8 billion euros). The money had strict conditions attached to it: Interest rate hikes, fiscal austerity, and structural reforms. The unemployment rate quickly tripled as a result.

The Korean people tackled the crisis head-on. Starting in January 1998, the government asked the country's citizens to donate their gold jewelry to help repay the loan more quickly. Millions answered the call and went to special collection points to give the government what they could in heirlooms, wedding rings, or small gold figures, such as those traditionally presented in Korea on a child's first birthday. Athletes brought in gold medals and trophies.

"These things are connected with beautiful memories and very precious," said Sung. "My parents were among those who donated the gold jewelry they'd received as gifts on my first birthday."

A friend's family, she said, donated the entire contents of their household jewelry showcase to the government's collection center.

The result was impressive. Within months, 227 tonnes of gold were collected, valued at more than $3 billion, according to a report in Hankyoreh newspaper. Voluntary action contributed to enabling Korea to repay its IMF loan ahead of schedule, after just three years.

An example for Athens?

Could the Korean example serve as a model for the heavily indebted Greek state? The situation is not quite the same, according to economist Rolf Langhammer, who was vice president of the Kiel Institute for the World Economy during the Asian crisis. Greece's current problem, in contrast to that of Korea in 1997, doesn't involve a shortage of foreign exchange reserves.

"But the core idea is quite right," said Langhammer. "We need to transfer funds from the private sector to the state, so the state can meet its obligations." 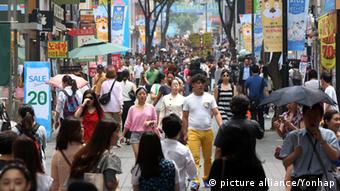 This could be done in several ways. "The best way is the normal route, namely via payment of taxes," said Langhammer. Another possibility would be for the Greek government to collect money from those of its citizens who have excess savings by selling them bonds.

In Japan, the latter is exactly the mechanism by which the government is funding its deficit. The fact that it is in debt to its own citizens, in a currency the government controls and creates, is the only reason Japan's enormous sovereign debt burden is sustainable.

However, there's a prerequisite for a government to be able to sell bonds to its citizens: Confidence in the state. "I doubt whether Greek citizens have that level of trust," said Langhammer. If they had, they would pay their taxes, and they wouldn't send so much money abroad every day.

The reform efforts in Greece are "a national challenge," said Langhammer. The country suffers from a large reciprocity gap between the citizens and the state: "Many people live from the state, but they aren't willing to supply the state the resources it needs in order to function. This is an age-old problem in Greece."

Nationalism and sense of community

The Korean academic, Dr. Sung, nevertheless doesn't consider it impossible that Greeks might sacrifice for their common cause. "If all the generations and classes living in Greece today were willing to pull together to solve the country's financial problem, they could do it, without outside help." 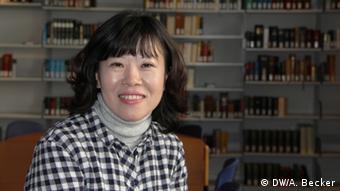 The Greeks could do it, says Dr. Sung

Dr. Sung attributes the willingness of her countrymen to donate private gold jewelry to the national government in an emergency to Koreans' powerful sense of community. "We always have had to solve our problems ourselves, as a country," says Sung.

She sees this as a consequence of the country's history and geography, surrounded as it is by much stronger powers such as China and Japan. As a result, a special "strength and power" developed, a strength steeped in nationalism.

The gold collection drive organized by the government during the Asian crisis wasn't the first of its kind. Ninety years ago, when Korea was under Japanese rule, citizens gathered gold jewelry to repay a loan to the colonial power.

A similar drive happened in Germany around the same time. During the First World War, citizens were asked to give jewelry to finance defense projects. The collection campaign was organized under the motto "I gave gold for iron."

The motto originated a hundred years earlier. It dates from a similar collection drive during Prussia's war of liberation from Napoleon's Imperial France in 1813.