Considered the father of the modern university, Wilhelm von Humboldt revolutionized public education in Germany. But on his 250th birthday, how does Humboldt's legacy live on? 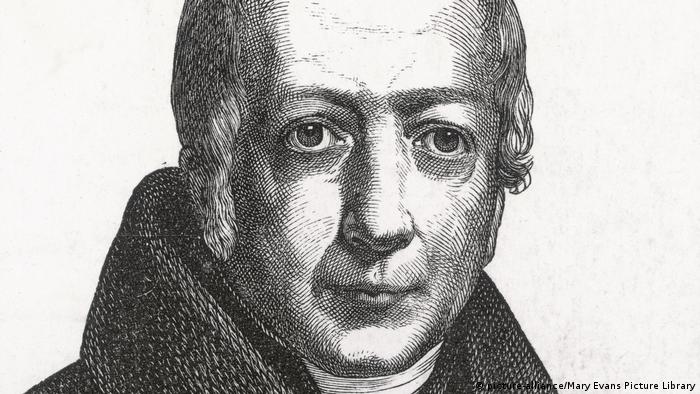 A cosmopolitan linguist, philosopher, statesman and writer in one, Wilhelm von Humboldt would today make a good German education minister.

He was fluent in the principal languages ​​of the old and new world, and lived through long periods of his busy life in the most important European cultural centers such as Paris, Rome, London, Vienna and Berlin. Even though he was sometimes in the shadow of his well-traveled brother Alexander, he was equally significant, especially for his pioneering work as an education reformer.

The road to enlightenment

Wilhelm von Humboldt's whole life was essentially an educational journey. After the early death of his father - who served as chamberlain to Frederick the Great - Humboldt had already received excellent education from private tutors that continued into his youth. His mother, born to prosperous Huguenot merchants, sought the best philosophers, reformist educators and polymaths to not only teach her sons the basics, but explain the world to them. 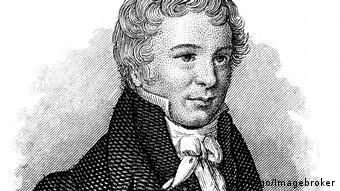 The boys were quickly instilled with a fascination with research, intellectual curiosity and Prussian discipline - and would go on to achieve excellence in their professions.

Like his brother, Wilhelm had intensive contact with the great minds of his time, among them Schiller, Goethe, Fichte and Schleiermacher. They also closely studied the modern philosophy of Kant. Thanks to his family's wealth, the Humboldt brothers werefinancially independent and could freely pursue their personal interests.

Wilhelm von Humboldt entered the Prussian state service in 1790 at the age of 23, but was bored and quickly resigned. He then married Karoline von Dacheröden, who regularly ran salons for poets, philosophers and politicians in the family home as they traveled Europe when Wilhelm later worked as a diplomat.

A highly educated art historian, Karoline was also an emancipated young woman who dared to to wear men's dress when horse riding because it was more practical. Wilhelm, on the other hand, spent time looking after his children at home, which went against the Prussian military ideal of masculinity at the time. 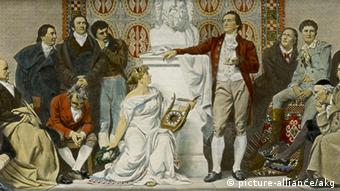 Early in the marriage, the couple undertook extensive journeys through France and Spain, some of them into inaccessible areas high in the Pyrenees where travelers at the time rarely strayed. They also journeyed with three children - together with their tutors, of course.

From diplomat to education reformer

In 1802, Wilhelm von Humboldt entered the Prussian civil service for the second time. On this occasion he was lucky enough to be sent to Rome as a diplomat. Together with Karoline, then a close friend of Schiller's wife Charlotte von Lengsfeld, he led a lavish social life in Rome among the liberal intelligentsia. Writers, scholars and famous artists such as the painter Angelika Kauffmann visited the Humboldt home, as did Wilhelm's brother Alexander.

But after Prussia was invaded by France in 1806, and the country was left bankrupt and its people starving, Wilhelm was summoned to Berlin in 1808 and appointed to the post of director of education.

School education in Prussia was rigid and anachronistic, with no separation between church and state. Curriculum was strict and women were denied access to education. But Humboldt soon ushered in a new age of education. Born of his humanistic educational ideals, in 1810 Humboldt  introduced a uniform three-level school system in Prussia from elementary through to high school. He abolished the "disastrous training pedagogy," as he called it. 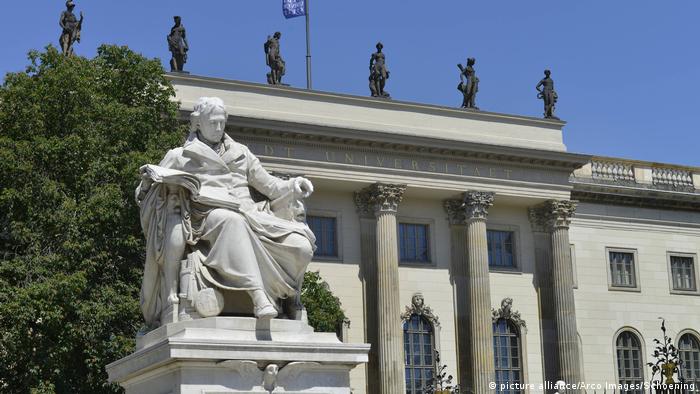 Wilhelm von Humboldt's memorial in Berlin at the Humboldt University, which he founded in 1811 and where Einstein once studied

As he reformed an antiquated curriculum, Humboldt insisted that teachers and university professors should be an "advocate for the education of young people." Systematic learning and holistic education through art and music were just as important as mathematics to the training of the mind, according to Humboldt.

The ability to think critically would be more important than strict vocational training. "Knowledge is power and education is liberty," was Humboldt's credo.

When Wilhelm von Humboldt died in Berlin-Tegel on April 8, 1835, he left behind a powerful new school of thought. His ideal was to nurture educated, confident citizens, independent of their class or family background.

These educational ideals could serve as a model for present-day school and education policy in Germany. But regional political interests and packed curricula - which still have their origin in the strict Prussian administration - stand in the way. Humboldt's cosmopolitan, liberal-minded educational philosophy remains a utopian ideal in Germany.

Berlin 24/7: Berlin cross has city up in arms

A cross planned for the top of Berlin's new Humboldt Forum has sparked controversy. DW's Gero Schliess says the row is not just about religious differences, but gets to the heart of the country's identity crisis. (18.06.2017)