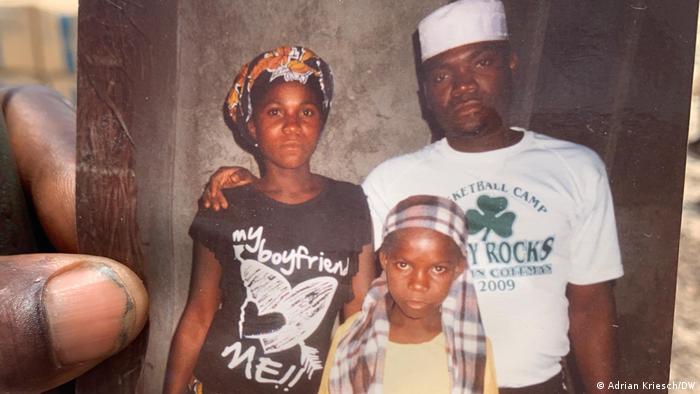 Abducted by Islamists: 16-year-old Muanarabo Oliveira in a family photo with father and sister

For hours, Biche Oliveira has been standing on the beach of Quirimba Island, watching young men unload bags of food from a dhow. A large part of the island's population is here because once a month the United Nations' World Food Programme distributes food. Just before it is his turn, Oliveira pulls out a photo from his pocket. "This is my daughter Muanarabo," he says. In April 2020, the 16-year-old was abducted here by Islamists. At that time, the militants attacked the island. They murdered two residents, looted food, and set the head of administration's house on fire. 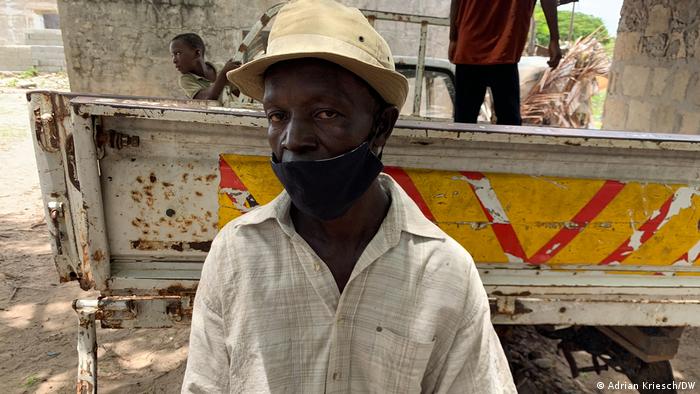 The local head of administration confirms: Thirty residents have been missing since the attack, most of them girls. This is news that the outside world of the island without electricity and telephone network has still not heard, almost a year later.

'We make them our wives'

"They are bad people after all," says Oliveira, who works as a wheelbarrow transporter. "They come from far away, take our children away and don't say why or what they want. I'm sad, angry — I just don't understand what this is all about."

Issa Hamissi was there when Muanarabo was abducted. He faced the same fate. The 20-year-old was told to pray to prove he was a good Muslim. Those who could not, Hamissi says, were beaten. "Then they said to me: you come with us to our camp. We will train you, teach you to shoot and make you a soldier." 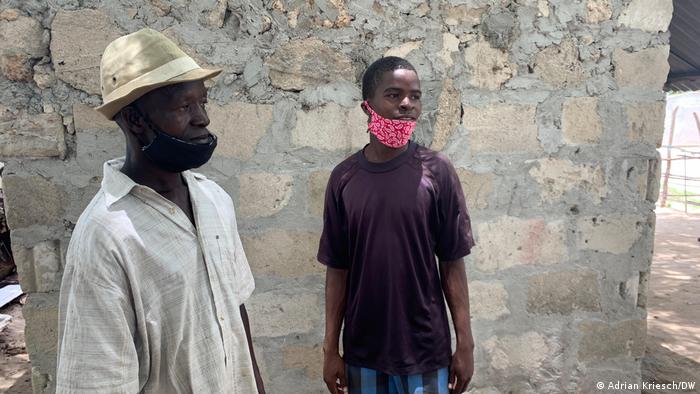 Issa Hamissi (right) was able to escape in the last minute

But on the way to the mainland — which is accessible on foot during low tide — he was able to escape with five boys and two girls. Muanarabo was not among them. "She looked sad and was crying," recalls Hamissi, who is related to her. "The men said: we will make them our wives."

Al-Shabaab is the name of the group in Mozambique, even though it has nothing to do with the group of the same name in Somalia. The development of the Islamist militants in northern Mozambique is more like that of Boko Haram in Nigeria: they emerged in a marginalized area that was long neglected by the government. Politicians and security forces ignored the radicalisation for a long time and then respond with excessive violence, also against the civilian population — which loses even more trust in the state.

The group's exact goals are unclear. Since 2019, the fighters have described themselves as part of the "Islamic State." The province of Cabo Delgado is rich in mineral resources: Rubies, and international companies want to extract gas off the coast. The security situation is delaying the exploration, and losing the state important revenues.

In the meantime, more than half a million people have fled in the province of Cabo Delgado. That's about every fourth inhabitant. UNICEF estimates that half of them are children. About 4,000 people lived on the island of Quirimba before the violence escalated. Now there are more than 10,000 — because thousands have fled the attacks on the mainland. 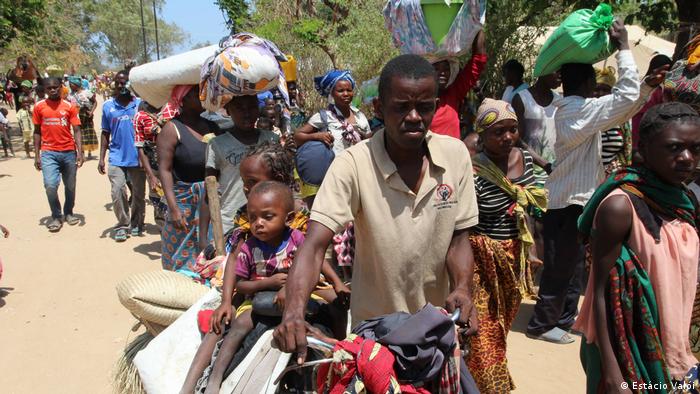 The UN Refugee Agency (UNHCR) estimates that about 560,000 people have fled Cabo Delgado

The Amnesty report also makes serious accusations against the government and security forces, including the state-hired South African mercenary Dyck Advisory Group. "The policemen beat us and demand bribes because we have no documents," a 64-year-old displaced woman in a refugee camp near the provincial capital of Pemba complains to DW. Her house with all her belongings was set on fire by the militants.

DW made several interview requests to the governor in Cabo Delgado, the head of the security forces, and the defense ministry during research on the ground. None were granted.

On Quirimba Island, the people have no issues with the security forces, because there are none. Not a single soldier is stationed on the island. And so, Biche Oliveira is not only worried about when and if he will see his daughter Muanarabo again. But also about the safety of the rest of his family.

A new home for Mozambique's displaced

A new home for Mozambique's displaced

Terror survivor narrates ordeal in the hands of Mozambique's Islamists

On this week's Eco Africa, we find out about Cameroon's fight against invasive water plants, see how people are using electric fences to protect Kenya's forests and try recycling glass into hand-blown vases in Ghana.

On this week's edition of Eco Africa, we check out blockchain pioneers who are helping save animals, see how to turn banana stems into packaging and try to grow cocoa sustainably.

On this week's Eco Africa, we learn how volunteers are helping the tiny island of Kokota replant trees and revive its unique river system. We also see how to get kids to school on two wheels in South Africa.