Germany, France, Italy and Malta have reached a deal on redistributing migrants rescued at sea, ministers say. Disagreement on the issue among EU states has led to migrants sometimes spending weeks stranded at sea.

Interior ministers from Germany, France, Italy and Malta have reached agreement on a redistribution mechanism for migrants rescued in the Mediterranean, German Interior Minister Horst Seehofer said on Monday.

"We have come up with regulations for a temporary emergency mechanism ... that will help Italy and Malta," Seehofer said after a meeting in the Maltese town of Vittoriosa.

Specific details of the agreement were not given. But Italian Interior Minister Luciana Lamorgese said a part of the plan was to have rescued migrants sent to various EU states within four weeks of being taken to shore. 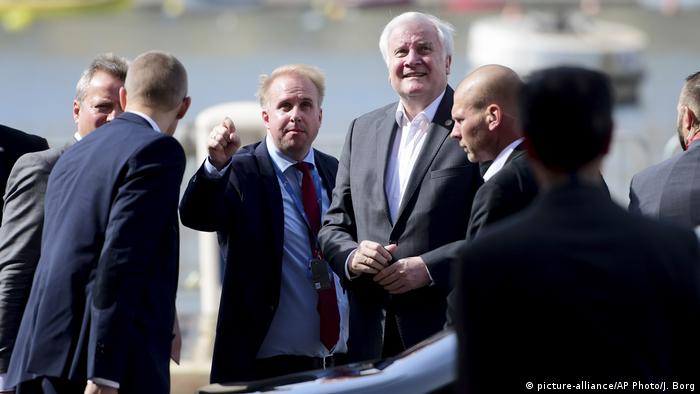 Ministers met in Malta, a frequent destination for migrants bound for Europe

The meeting comes as the European Union is riven by internal squabbling over who should take in migrants saved at sea. Italy and Malta have recently been closing their ports to vessels that rescued migrants in distress at sea after trying to cross the Mediterranean to reach Europe. Both countries have insisted that the migrants can only disembark once other EU states agree to take them in, which has often triggered a lengthy negotiation period that has left the migrants stranded at sea, sometimes for weeks.

Seehofer said the exact quotas for each country would have to be discussed at a meeting of EU interior ministers on October 8.

He has previously said Germany would take in 25% of migrants rescued off Italian territory.

Owing to their location in the Mediterranean, Italy and Malta, along with Greece and Spain, have been the main destinations for migrants seeking a new life in Europe. The current Dublin Regulation governing who takes in such migrants is seen by many as placing an unfair burden on those countries.