Authorities in Kenya have pulled the plug on a film depicting romantic love between men. "I Am Samuel" is being called an affront to the country's constitution. 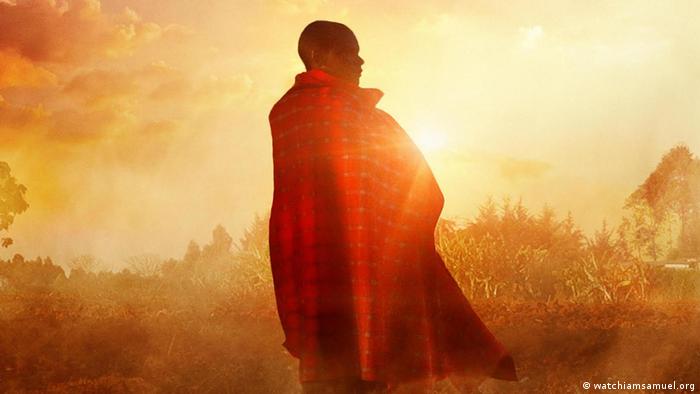 Kenya's Film Classification Board (KFCB) has banned a documentary about two gay lovers.

The film, I Am Samuel, is a movie about the romantic relationship between two men who live in Nairobi.

What did the film regulator say?

In a statement on Twitter, the board's head, Christopher Wambua said the documentary "propagates values that are in dissonance with our constitution, culture, values and norms."

In his review of the film Wambua said: "By deliberately advocating same-sex marriage in Kenya, the film blatantly violates Article 165 of the Penal Code that outlaws homosexuality."

Wambua also said the film was an affront to the country's religious values.

"Worse still, the production is demeaning of Christianity as two gay men in the film purport to conduct a religious marriage invoking the name of the Father, the Son and the Holy Spirit," he said.

Homosexual relations are against the law in the conservative, largely Christian state.

In 2019 Kenya's High Court upheld a colonial-era ban on same-sex marriage. Those found guilty under sections of the penal code face jail terms of anything from 4 years to 14 years, depending on the offence.

Members of LGBTQ communities are often the victims of discrimination and in some instances physical attacks.

What effect could banning the film have?

I Am Samuel is not the first production to raise the ire of the country's censors.

In 2018, lesbian love film Rafiki was banned from being flighted in the country's cinemas. It would go on to be the first Kenyan movie to premiere at the Cannes film festival in France.

Some of those commenting on social media have made the point that, up until now, most Kenyans would never have heard of the film. However the banning of the production has now given it more promotion perhaps than it would have received without being canned.

I Am Samuel director Peter Murimi told news agency AFP last October that he did not expect the documentary to do well when it came to the country's censors.

He said: "We'll just try our best and hopefully Kenyans will see it and that's what we want."

In a series of Tweets, Neela Ghoshal, who is the associate director in the LGBT Rights program at Human Rights Watch, posted: “Kenya’s government once again shows hostility to LGBT people by banning an acclaimed documentary,” adding that the film, “humanizes an ordinary Kenyan gay couple. In doing so, it positions itself on the side of hate and discrimination, not love and inclusion.”