Afghan President Hamid Karzai has ordered changes to a law called a setback for women's rights. The law had already been passed by both houses of parliament, which are dominated by conservatives and tribal chieftains. 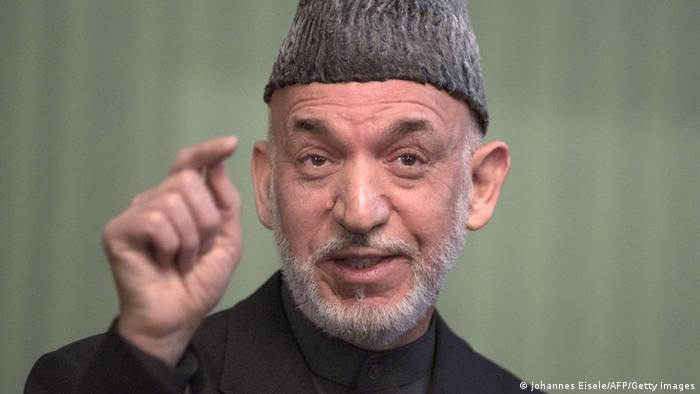 On Monday, Karzai ordered amendments to legislation criticized for depriving abuse victims of legal protection. Both houses of parliament had passed the law earlier this month.

"The law is sent back to the [Justice Ministry] for amendment," Adela Raz, a presidential spokeswoman, told the news agency AFP on Monday.

Several international rights organizations had criticized the law for weakening protection for victims of domestic violence. One article would have banned family members from testifying against male relatives in cases of violence against women - preventing the most relevant witnesses, the victims themselves, from giving evidence.

"This law will not bar any relative or any family member to testify against each other or another member of family," Karzai spokesman Aimal Farzi told the Associated Press news agency. "It will be up to them. They will have the freedom."

Donor nations have pushed to cement women's rights before NATO troops withdraw at the end of 2014. From the Taliban takeover in 1996 up to the US-led NATO invasion in 2001, for example, the government had officially banned girls from attending school and forced women to wear burqas and prohibited them from many forms of public activity.

By presidential decree, Karzai enacted the landmark Elimination of Violence Against Women law in 2009 to protect against rape, forced marriage and the sale of women, but critics say its implementation has proved weak. The United Nations has repeatedly raised concerns that women's rights may have already begun to deteriorate as international attention on Afghanistan fades. Rights campaigners fear religious conservatives could seek to increase their influence and undermine advances ahead of April's presidential elections to choose Karzai's successor and the parliamentary vote in 2015.

The New York-based Human Rights Watch group had earlier called on Karzai not to sign the law, telling him that it "let batterers of women and girls off the hook." The group added that "the law would prohibit judicial authorities from questioning the relatives of a criminal defendant, effectively silencing victims of domestic violence and forced or child marriage."